Every now and then, we come across reports of Farhan Akhtar and Shibani Dandekar’s 2020 wedding. Shibani recently attended Javed Akhtar’s 75th birthday exhibition and added more fuel to the rumours. When you fall in love and are sure that the person you are with is the one with whom you want to spend the rest of your life, you start the planning of solemnising your relationship. From the moment you see your special someone for the first time to the time when you see him/her in the wedding attire, everything starts to feel like a flashback. Making sure that everything is in place and perfect becomes your responsibility and to make sure that you are not running from one place to another on your D-day, you plan everything well in advance. You try to make sure that everything is just perfect for your partner with whom you are going to start your happily ever after! (Recommended Read: Kartik Aaryan Takes A Journey Down The Memory Lane On His Mother's Birthday, Shares A Cute Picture)

It is not always your first love that becomes your last love, sometimes you can be lucky the second time. And same is the case with Bollywood’s heartthrob, Farhan Akhtar, who has found love for the second time in model-turned-actress, Shibani Dandekar. Farhan was earlier married to hairstylist, Adhuna Bhabani, but things went sore between the couple and they had parted their ways in the year 2017 ending 17 years of blissful marriage. Farhan and Adhuna have moved on in their personal lives as Farhan has found love in Shibani and Adhuna is dating Dino Morea’s brother, Nicolo Morea. Farhan and Shibani had kept their relationship a secret, but their love-filled captions, and comments for one another and their romantic pictures were enough to spark the rumours about their relationship. 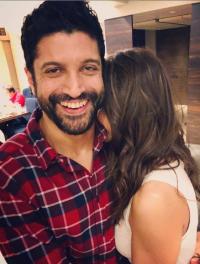 Ever since we have started seeing Farhan and Shibani together going on dinner dates, attending events together and celebrating festivals with one another, rumours and speculations about their wedding have been frequent. And the latest outing of Shibani with the Akhtar family added more fuel to the rumours. On January 15, 2020, an exhibition was organised for Javed ji’s 75th birthday and Shibani has attended the event with Farhan, Shabana Azmi, Zoya Akhtar and Javed Akhtar. Farhan looked dapper in a purple-coloured kurta and white churidar and on the other hand, Shibani opted for a white-coloured dress with colourful detailing.

Despite Shibani’s latest outing with the family and earlier reports about duo's 2020 wedding, a latest report by TOI suggests that the duo has called off their 2020 wedding. As per a TOI report, the duo is in no mood to get married this year. It is being said that they are happy as a couple and are currently focusing on their careers. The reports also said that they have no ‘desired’ need to make their relationship official or legal. (Suggested Read: Divyanka Tripathi Pens A Romantic Note For Her 'Right Soul', Vivek Dahiya On Engagement Anniversary) 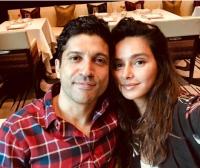 Earlier, the Mumbai Mirror had quoted a source close to the couple saying that the duo is looking forward to tying the knot by the end of this year (2020) or maybe even sooner. The source had said, "The plan is to get married towards the year-end, after the release of Farhan’s next, Toofan. But they might spring a surprise by tying the knot earlier than that. The final date is yet to be decided but Farhan and Shibani have begun preparations for the big day.” 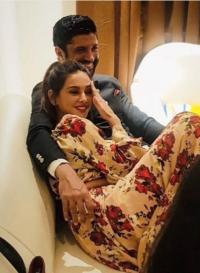 Earlier, a source close to the couple had shared with the DNA, “They are extremely serious about each other and Farhan’s kids have also warmed up to Shibani, so this looks like the most obvious step for the two." Speaking to the Mid-Day, Shibani Dandekar had opened up about her relationship with Farhan Akhtar. She was quoted as saying, “We are public figures, so people are entitled to say what they want to. But I don't care about their opinion. I'm aware of who I am and I'm comfortable with who I choose to date. I am not secretive, but I don't feel the need to say things out loud. It's up to me to decide when and what I want to share about my personal life, and it is up to the audience to decide how they look at it. How much information I want to put out in the public domain is my prerogative.” On January 9, 2020, Farhan Akhtar had turned a year older and his girlfriend, Shibani Dandekar had wished him in the most romantic manner. Shibani had taken to her social media handle and had posted an unseen picture of herself with the actor. Along with the picture, she had written a heartfelt note, which could be read as “Happy birthday my better half... thank you for all the magic, laughter and love you have brought to my life... you are one of the most beautiful souls I have ever met and the world really needs more like you! I’ve never met anyone as kind, as attentive, as selfless, as brave and as focused as you… Just being around you has taught me so much (mainly patience!!). You inspire me! thank you for including me in every part of your life, for making me feel so special and for always making time for ‘us’!! Having said that you do need to ‘unclench’ a little... be more ‘free flowing’ To many more sessions in the ring, savouring protein bars together, late night walks with Jim Jam, Jlo movies, finishing my word crossy and foot rubs!! Love you my Foo always… Can’t wait for the next round.” (Must Read: Mahhi Vij Shares An Adorable Picture Of Her Kids, Tara, Khushi, Rajveer And Pens A Cute Note) 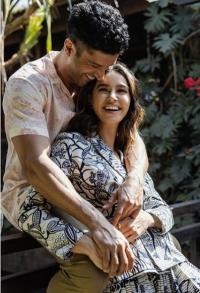 Guess we will wait a little longer for Shibani and Farhan’s wedding.