Former JD(U) Chief, Sharad Yadav died on January 12, 2023, at the age of 75, at Fortis Hospital, Gurugram. Here are some highlights of his political career that will surely go down in history!

Indian politics suffered a major heartbreak on January 12, 2023, when Subhashini Yadav confirmed the news of her father and former JD(U) Chief, Sharad Yadav’s demise. From being elected to Lok Sabha seven times and three times to Rajya Sabha, he was one of the most influential politicians of his era. Over the decades, Sharad Yadav had played a crucial role in Indian politics, and it was during the anti-congress plank back in the 70s which brought the famous socialist leader right into the centre of the limelight. 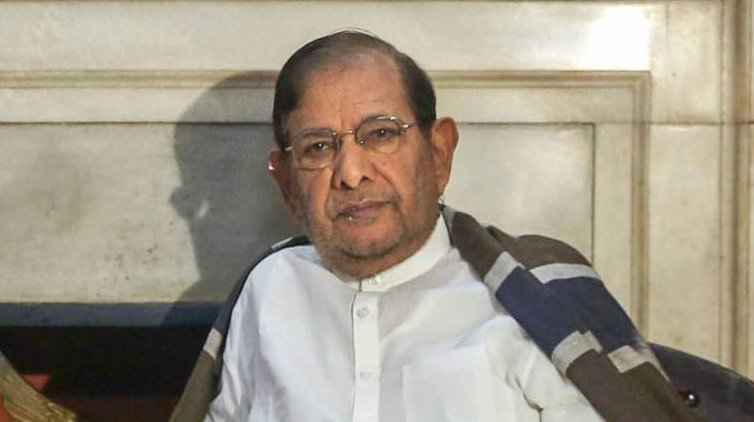 It was Sharad Yadav’s son-in-law, Raj Kamal Rao, who informed the media that the cause of his father-in-law’s death was a cardiac arrest. The late politician was admitted to the emergency ward, reportedly in an unresponsive state at Fortis Memorial Research Institute in Gurgaon. In an official statement to the media regarding the unfortunate demise of Sharad Yadav, the hospital staff said:

"On examination, he did not have any pulse or recordable blood pressure. He underwent CPR as per ACLS protocols. Despite best efforts, he could not be revived and was declared dead at 10.19 pm." The sudden demise of Sharad Yadav is a huge loss for Indian politics, and even the honourable Prime Minister of India, Narendra Modi, also recognised it. The PM praised the late politician's contribution to society and recalled how he was hugely inspired by Dr. Ram Manohar Lohia’s values and ideas. Not only this, but Narendra Modi also added that he will always cherish his interactions with Sharad Yadav. He tweeted:

"Pained by the passing away of Shri Sharad Yadav Ji. In his long years in public life, he distinguished himself as MP and Minister. He was greatly inspired by Dr. Lohia’s ideals. I will always cherish our interactions. Condolences to his family and admirers. Om Shanti."

The three famous Yadavs of Indian politics, Lalu Prasad Yadav, Mulayam Singh Yadav and Sharad Yadav were each other’s biggest supporters and rivals too. There was a time when all three of them emerged as activists with so much potential during one of the Indian activists, Jayaprakash Narayan’s movements. 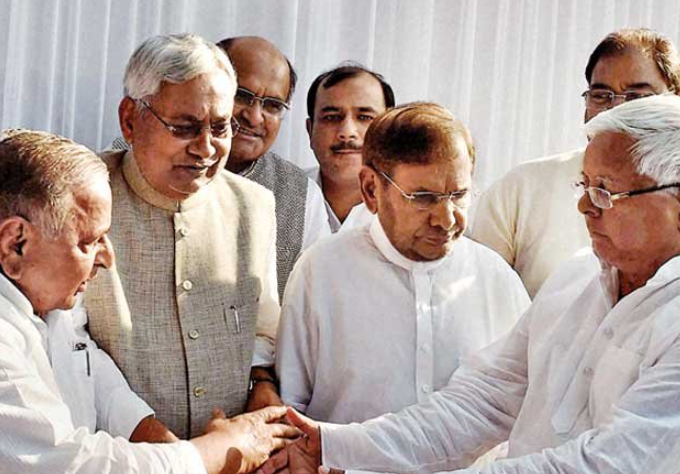 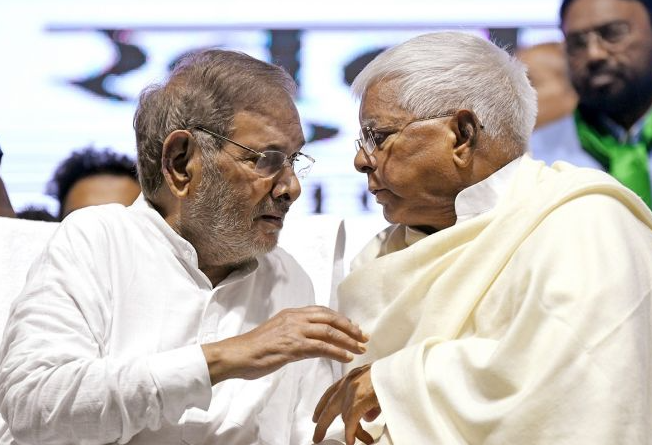 It was in July 1997 when they locked horns against each other in Janta Dal’s election for the position of Rashtriya Adhyaksh. That was the moment that created a trench between the two politicians too deep to be filled. 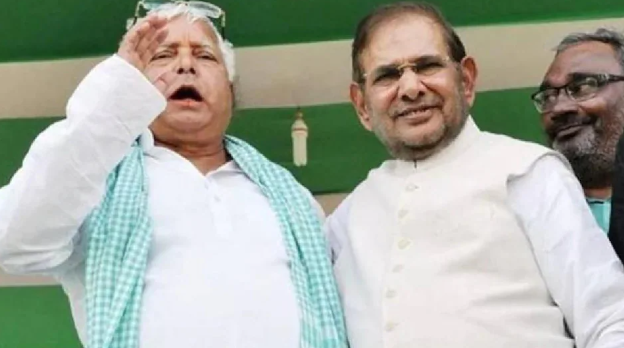 After Sharad Yadav’s heartbreaking demise, one of his biggest rivals in the field of politics, Lalu Prasad Yadav shared an emotional tweet. In his tweet, the RJP Chief, Lalu Prasad Yadav, who is currently in Singapore for his kidney transplant surgery, admitted that he had always considered Sharad Yadav as his ‘big brother’. 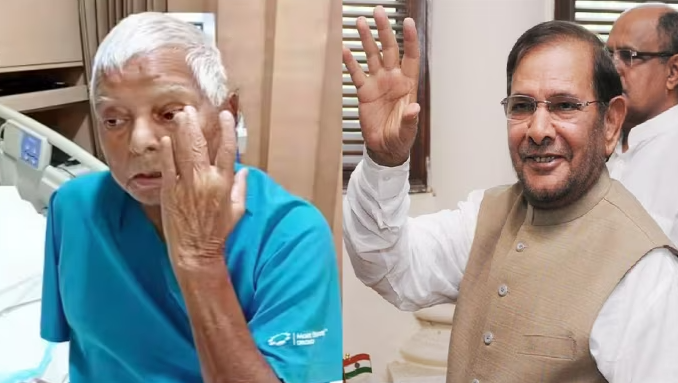 Not only this, but in his video message, the politician also admitted that they fought against one another as political rivals and were never each other’s enemies. An excerpt from his video message could be heard as:

"I am saddened to hear the news of big brother Sharad Yadav's death. He, besides late Mulayam Singh Yadav, Nitish Kumar and myself learnt politics of socialism from Ram Manohar Lohia and Karpoori Thakur. On many occasions, Sharad Yadav and I fought with each other. But our disagreements never led to any bitterness."

Don’t Miss: When Indira Gandhi Talked About Her Marriage With Feroze Gandhi And Shared How He Proposed To Her

When Sharad Yadav vacated his Lutyens' Delhi bungalow after 22 years

The late politician, Sharad Yadav left his Lutyens’ Delhi bungalow after 22 years on May 31, 2022. It was a heartbreaking moment for a mega-politician like Sharad Yadav, who had lived in Lutyens’ zone for more than 50 years. 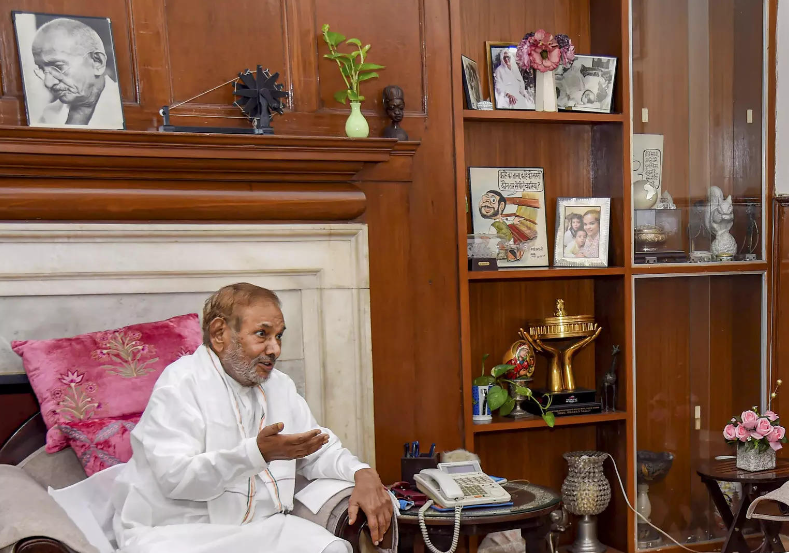 The politician tried everything not to leave his bungalow at 7 Tuglaq Road, but Delhi High Court showed no mercy to him and, on March 15, 2022, told him to leave the bungalow in the next 15 days. It was an emotional moment for him, and while leaving the bungalow, he admitted that he would never forget the fights he had led while staying at this place.

You May Like This: Mahatma Gandhi And Kasturba Gandhi's Beautiful Tale Of True Love And Patriotism 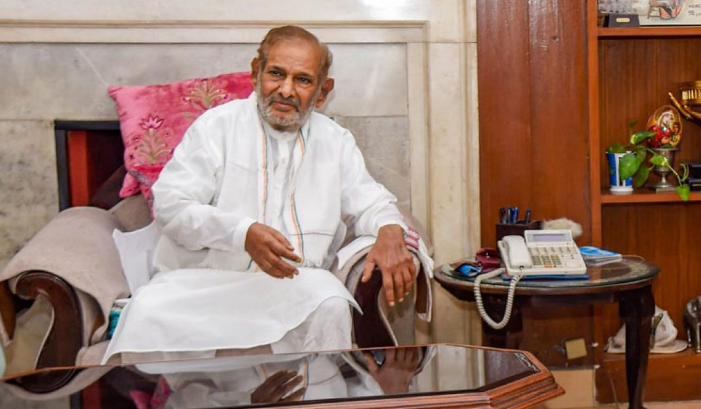 The socialist leader, Sharad Yadav was born on July 1, 1947, in Madhya Pradesh’s Hoshangabad district to his parents, Nand Kishore Yadav and Sumitra Yadav. Since childhood, Sharad had been an obedient student and never compromised on his education. For the unversed, he was one of the most educated politicians ever. Sharad had a degree in Bachelor of Science and a Bachelor of Engineering in Electrical Engineering, and he was also an agriculturist by profession. Talking about Sharad Yadav’s personal life, he got married to Rekha Yadav on February 15, 1989. Together they welcomed two kids, a daughter, Subhashini Raja Rao and a son, Shantanu Bundela. Just like her father, Subhashini is also into politics. However, Shantanu is a postgraduate from the University of London. After Mulayam Singh Yadav’s demise, the iconic trio of the Yadavs in Indian politics sadly lost another feather in the name of Sharad Yadav, and we hope the socialist leader rest in peace.