Dipika Kakar took to her IG feed to share a throwback picture from Eid 2020 celebrations and we can see his lost in her hubby, Shoaib Ibrahim's eyes. As Shoaib and Dipika had twinned with each other. 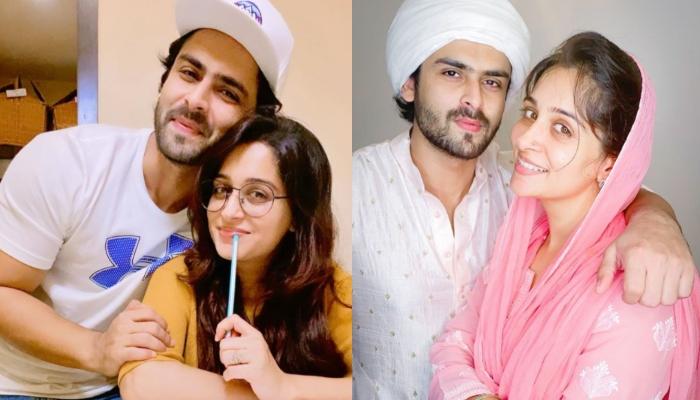 One of the most popular couples of the television industry, Dipika Kakar and Shoaib Ibrahim have taught everyone that love holds no boundaries and religion. The beautiful couple that never skips a moment to awestruck us with their beautiful chemistry and PDAs. Simar and Prem of the famous show, Sasural Simar Ka, Dipika Kakar and Shoaib Ibrahim were applauded a lot for their on-screen chemistry on the show. (Also Read: Rubina Dilaik Enjoys Performing 'Pahadi' Dance With Her Family, Shares A Video From Her Family Time)

After dating each other for a while, the two had tied the knot on February 27, 2018. Since then, their social media handles are full of lovey-dovey, drool-worthy pictures of them, and we can't stop gushing over how cute they look together. Scroll down to check out a beautiful throwback picture of the couple shared by Dipika on her IG handle!

Dipika Kakar took to her IG handle on July 17, 2020, and posted a mesmerising throwback picture of her with her dear hubby, Shoaib Ibrahim. The adorable couple twinned in black outfits and complemented each other perfectly, striking a 'much-in-love' pose. Dipika donned a black suit with golden embroidery, while Shoaib looked all shades dapper in a black sherwani. She also put a lovely caption alongside the picture reflecting "That's me for you and you for me. That's how our future will always be!!!!!! #throwbackthursday." (Also Read: Riddhima Kapoor Sahni Shares Her Late Father, Rishi Kapoor's Cutest Photo Ever From His Childhood) 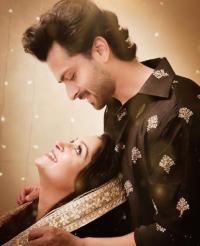 Did you know what Dipika Kakar had gifted to her husband, Shoaib Ibrahim a few days ago on his birthday? Dipika had taken to her IG handle to share with her fans what belated birthday gift has she given to her dear husband, Shoaib Ibrahim. The doting wife had gifted a guitar to the music lover, Shoaib and he was elated like a child! Dipika had posted a picture of Shoaib on her IG stories, indulged in the guitar intently and had written, "Excited like a child he is! #BelatedBirthdaygift." Shoaib had looked all shades dapper in an all-black ensemble, and the guitar had seemed to compliment his looks. 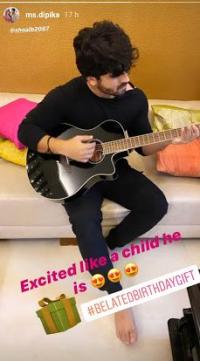 In a hilarious kerfuffle, Dipika had fed burnt eggs to him on his birthday! Dipika Kakar had shared a fun video of his reaction on the same. The video had started with Dipika making eggs for Shoaib for his breakfast, she had then panned the camera towards the pan, wherein we could see the overcooked, burnt eggs. She had then said, "Toh ab mai Shoaib ko bolne wali hu ki mai aapke liye birthday special breakfast layi hu, aur dekhte hain ki unka kya reaction hota hai ki unke birthday pe mai unko aisa jala hua omelette khilaungi." She had proceeded to her husband, Shoaib and had said to him, "Ye dekho aapke liye mai birthday special omelette leke aayi hu." Shoaib had started laughing instantly as he had looked at the eggs. He had then gone on to make a point on how every day his wife, Dipika, makes great breakfast for him but on his birthday, she was feeding him burnt eggs! (Also Read: Neha Dhupia's Heart Skips A Beat Seeing Her Husband, Angad Bedi In Uniform For 'Gunjan Saxena')

Shoaib Ibrahim had celebrated his 33rd birthday on June 20, 2020, and had given us a sneak-peek to his birthday celebrations. He had posted a video on his Instagram handle from his midnight celebrations with family. Shoaib's beloved sister, Saba Ibrahim had revealed that a delicious cake was made by her bhabhi, Dipika Kakar for Shoaib. She had posted three pictures on her Instagram stories and atop of one of them, she wrote "Beautiful cake by @ms.dipika Bhabhi." Check out the video and pictures below: 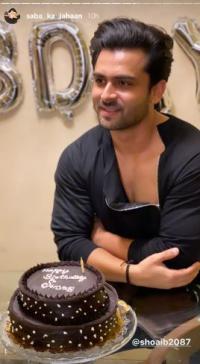 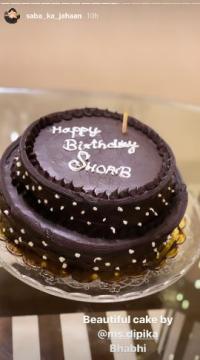 Did you like the throwback picture of Dipika and Shoaib?