Celeb kids are ruling the internet like how these days and with the influx of digitalisation, we can’t help but get to know the details of their personal and professional lives. One such Bollywood celeb kid is Shanaya Kapoor who turned 19 today i.e. November 02, 2018. Daughter of Sanjay Kapoor and Maheep Kapoor, Shanaya’s 19th birthday bash was ringed in by many known faces of the industry. (Also Read: Raghu Ram Shares The Moment When He Proposed His Fiancée Natalie Di Luccio, And She Said Yes)

Before we get to the pics and videos from her birthday party, let’s see how her family and friends wished Shanaya a happy 19th birthday. First, papa Sanjay took to social media and sharing the following picture, wrote, “Happy birthday Shanaya. Always keep smiling like this, my love”. 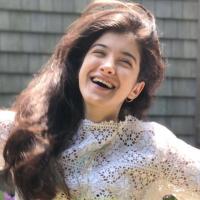 Mommy Maheeep shared the following series of pictures on her Insta handle and beautifully captioned it, “Love you more than words could possibly explain. Happy 19th birthday my baby. #ForeverGratefulForYou. #HealthAndHappinessAlways #loveyouandJahaanthemost”.

Another birthday message for Shanaya came from Arjun bhaiya and it’s the cutest thing you would see on the internet. Arjun shared the following childhood picture with Shanaya and wished her by writing, “What a cute child, round n chubby with that chapat hairdo & there's @shanayakapoor02 also in the picture. Happy birthday I guess... Brace yourself Shanaya, u gotta match the cute quotient of ur cousin ASAP”. 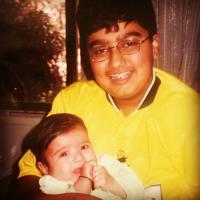 Now coming back to Shanaya Kapoor’s 19th birthday bash pictures and videos, Janhvi Kapoor, Khushi Kapoor, Anshula Kapoor, Arjun Kapoor, Ananya Panday, Suhana Khan, and many others were seen at the party. Check out the pics and videos here: 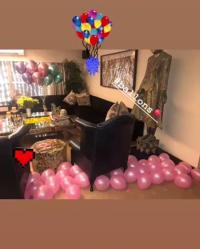 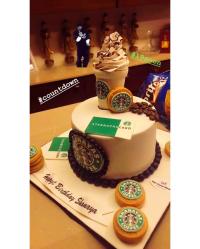 Reportedly, Shanaya Kapoor will make her Bollywood debut in The Zoya Factor. However recently, when her father Sanjay Kapoor was asked about his daughter’s debut, he was quoted as saying, “Honestly, I really don’t know when that will happen. She has just finished her 12th standard and she’s working towards it. But she hasn’t signed anything till now; she’s too young. Hopefully, soon enough”. 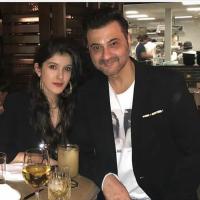 Shanaya is a social media star and has many fan pages on her name. Sanjay Kapoor told an online tabloid that he does feel protected about her and added, “I do feel protective about her. She has a private account on Instagram. But few things are beyond our control. She’s a young girl who will go out for movies or to restaurants. We’re not going to lock her up in the house just because a photograph will get clicked”. (Don't Miss: Deepika Padukone's Ex-Boyfriend Nihaar Pandya To Get Married To Longtime Girlfriend Neeti Mohan?)

Well, Shanaya Kapoor is definitely a star in making. How did you like the pictures and videos from her 19th birthday bash? Drop your comments below.