On December 5, 2017, Shashi Kapoor ji had taken his last breath and left the world after suffering from a prolonged disease. In a throwback interview he had shared some surprising facts about him.

From movies like Pyaar Kiye Jaa, Bombay Talkie, Roti Kapda Aur Makaan, Deewaar to Satyam Shivam Sundaram, Shashi Kapoor ji had given us many remarkable roles and had proven that he had the calibre to be in the industry as an actor and not just a star-kid. Shashi ji was the recipient of many prestigious awards like three National Film Awards, Dadasaheb Phalke Award, Padma Bhushan, two Filmfare Awards and finally the Lifetime Achievement Award in 2010. He was an actor, producer, assistant director and director, all in one and had worked in over 175 films. And it was on December 5, 2017, when the legendary actor, Shashi ji had taken his last breath. (Recommended Read: Sameera Reddy Opens Up About The Criticism She Received On Her Weight, Gave It Back To The Trolls)

Shashi ji was suffering from a prolonged illness and at the age of 79, he had bid goodbye to the world and left us with some amazing memories to cherish upon. Apart from being a brilliant actor, Shashi ji was also known for speaking his heart out and had made sure that he was at his best during interviews, promotions and events. In a throwback interview of 1995 with journalist, Priya Warrier, Shashi ji had shared some interesting facts about his life and how his mother initially wanted to get rid of him as he was an unplanned child.

Rishi Kapoor And Neetu Kapoor Visit Balaji, She Impresses Him By Nailing A Tamil Tongue-Twister 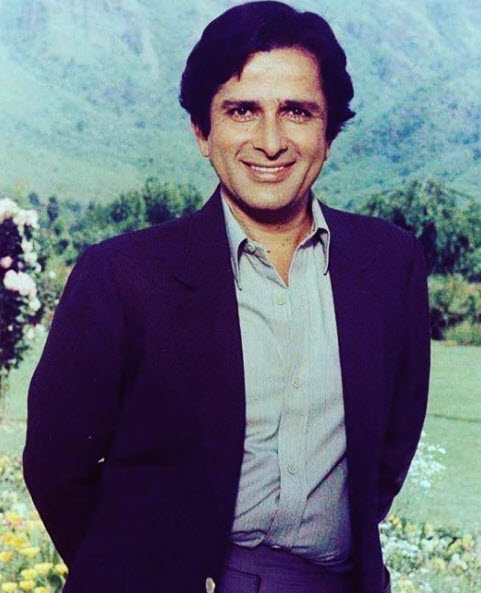 During the interview, Shashi ji had made a shocking yet surprising confession that his mother, Ramsarni Mehra Kapoor used to call him ‘Fluky’. Revealing the reason behind it, he had revealed, “My mum used to call me Fluky because I was unplanned. She had already had four boys (two be­tween Raj ji and Shammi died young), and then my mum and my dad al­ways prayed for a girl. In 1933, my sister Urmilla was born, that was a family and my parents were quite happy. Suddenly, after five years, my mother discovered that she was ex­pecting and it was very embarrassing for her. She tried her best to get rid of me. Of course, those were old times and there wasn't anything like abor­tion. She used to tell me that she would keep falling off bicycles, down steps, have quinine, but Shashi Kapoor was stubborn. There was a future. So, I'm a fluke actor, a fluke star and a fluke person." Do you know that once Shashi Kapoor ji had threatened to commit suicide? Revealing the details about the same, Shashi ji had shared, “I wasn't feeling very happy about my Matric results and he realized that I was in an emotional mess. He took me to Matheran for a holiday. When I was sent to Barnes School in Deolali, it was Shammi ji who came to drop me there. After­wards, I sent a suicide note: ‘The food is not good. I don't like it here. If you don't get me out of here, I'll commit suicide'. My mother told Shammi to bring me back. Khanaa achcha hona chahiye. Shammiji was very soft with me." (Suggested Read: Tiger Shroff's Mother, Ayesha Shroff Shares A Picture Of Son With An Emotional Note) On Shashi Kapoor ji’s 81st birthday, his nephew and Bollywood actor, Rishi Kapoor had wished him by sharing a couple of iconic pictures with him. Shashi ji was bestowed with the prestigious Dadasaheb Phalke Award in 2014, and Rishi ji had shared the pictures from the same iconic moment to wish his late uncle. Sharing the pictures, he had written, “What a proud moment for the Shashi Kapoor family! Dada Sahab Phalke award for him. Third Phalke Award in the family! Happy Birthday, uncle!” Captioning the second picture, Rishi ji had written, “Happy Birthday Shashi Uncle!” Shashi Kapoor ji’s personal life was also in the limelight as he had tied the knot with an English actress, Jenifer Kendall. He had met his wife, Jennifer while working with his father, Prithviraj Kapoor in the legendary Prithvi Theatres. The couple soon fell in love, got hitched in July 1958 and were blessed with three children - Kunal Kapoor, Karan Kapoor and Sanjana Kapoor. Jennifer and Shashi ji’s ‘happily ever after’ was short-lived as Jennifer was diagnosed with cancer and had died in the year, 1984. After her demise, Shashi was completely shattered, and it really destroyed him. 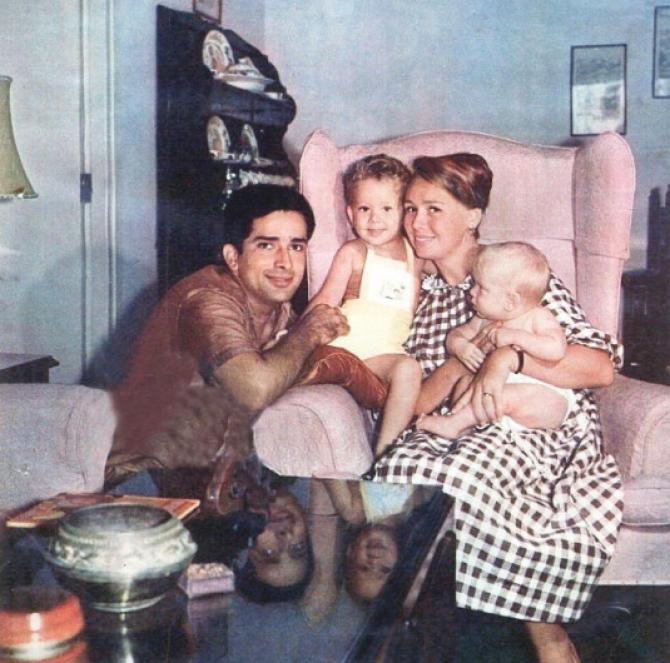 In an excerpt from his biography, “Shashi Kapoor: The householder, The Star” by Aseem Chhabra, the author had talked about how his wife’s demise had left him heartbroken, “Shashi Kapoor continued to work after Jennifer Kendal Kapoor’s passing, and some of his best work emerged during a time of loss. But something inside him did break. ‘I think the death of Jennifer was a big blow to him,’ Hanif Kureishi says, who worked with Shashi on Sammy and Rosie Get Laid two years after his wife’s demise. ‘It really destroyed him.’.” 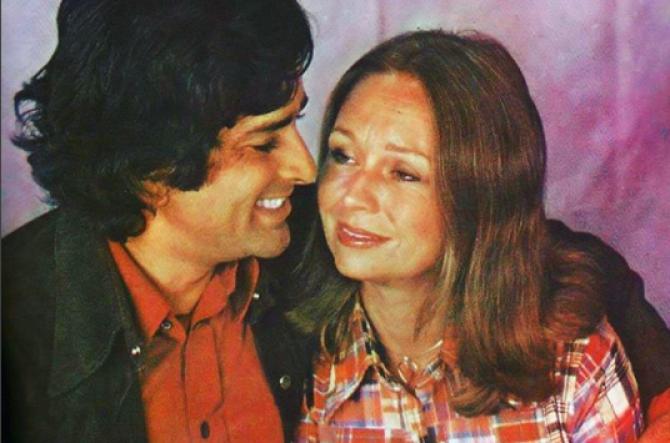 Aseem Chhabra had further written in the book, “Jennifer had been the love of Shashi’s life, his true anchor. With her death, he became rudderless. Simi Garewal tells me, ‘Jennifer occupied—or Shashi surrendered to her—a large part of his personality. And they merged. With Jennifer gone, Shashi struggled, but couldn’t find himself. That vast area of his personality that was Jennifer—now it lay empty. A void. I met him in London over dinner with Ismail Merchant and could see that he was floundering. He was different—not himself’.” (Must Read: Maanayata Dutt's Comment On Sanjay Dutt's First Wife, Richa Sharma's Throwback Picture Is All Love) The legacy of Shashi Kapoor has inspired us all in some way or the other!