Actress, Shamita Shetty took to her Instagram handle to share a video of her nephew, Viaan Raj Kundra. The little boy is giving some major Monday motivation to his 'maasi'. Video inside!

The relationship between a maasi and her bhanja is very much different. Just like the name suggests, 'maasi', which translates to 'just like a mother', the love and caring that she bestows on her nephew is very much similar to that of a mother. She would shower all her love, be the best confidant and will also save him from his parents' scoldings at times. And if the nephew is the firstborn of her sister, the bond is a very close-knit one.

Actress, Shamita Shetty, who had shot to fame from the movie, Mohabbatein shares such a lovable relationship with her sister, Shilpa Shetty Kundra's son, Viaan. The Shetty-Kundra family is often seen coming together on various occasions and their social media handles speak volumes about the bonding that they share. No wonder, Viaan is his maasi's aankhon ka tara. 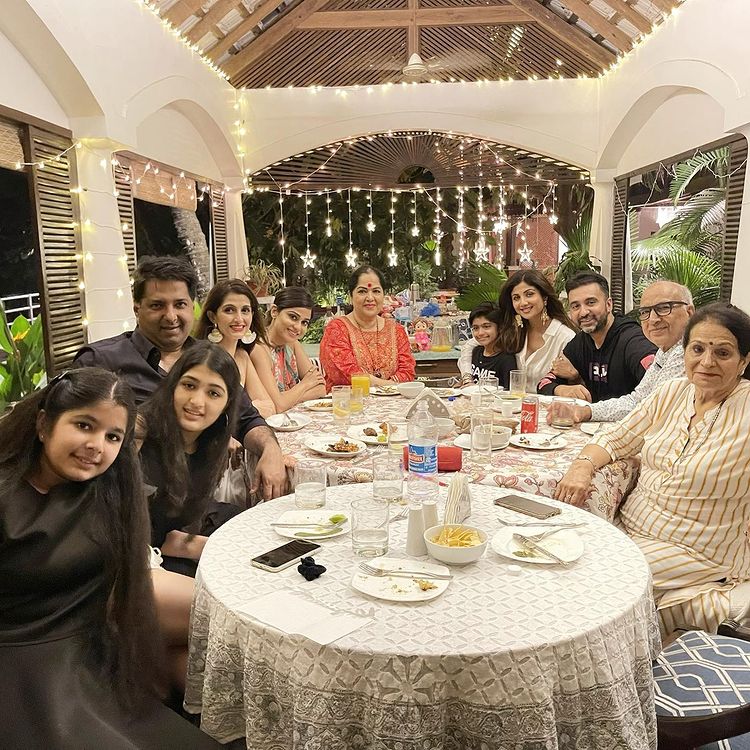 A few minutes ago, Shamita Shetty took to her Instagram handle to share a video of her nephew, Viaan Raj Kundra. In the video, we can spot Viaan working out religiously at the tender age of 9. Shamita is super proud of her nephew and she also shared with her fans that the little boy is giving her some major motivation to workout on a Monday morning. She wrote, "Today's Monday Motivation my baby Viaan #nephew."

It is not unknown to anyone that just like the Shetty sisters, Viaan is also a fitness freak and he often joins his mom, Shilpa Shetty Kundra in her workout sessions. On May 18, 2020, Shilpa had taken to her IG handle to share that how Viaan also takes inspiration from his parents and takes his health seriously. She had written, "Children always imitate whatever they see their parents doing. Seeing us workout and practice yoga, Viaan started taking an interest in his health and fitness early on. Kids have a lot of energy and it’s important for that enormous energy to be channelised well."

The doting mother further explained that Viaan has a knack for gymnastics, "He loves gymnastics, so I enrolled him.. But gymnastics without practice can make you rusty. So, we keep practising... keeps him occupied, active, and strong! So, if your kids want to pursue something they must practice because practice makes you perfect, and makes them hungry and sleep well... ha ha ha Stay home, stay safe!" Just like her sister and nephew, Shamita is also very much into fitness and she often shares her fitness regime with her fans to motivate them to stay fit. A few days back, she had taken to her IG handle to share a video from her workout session and had captioned it as "Home workout with @vinodchanna #mondaymotivation this is a great workout for strengthening your whole body n if u don’t have sliders (what i’ve used below my toes in the begn) folded towels will do. A warm up before and stretching after is a MUST."

On the work front, Shamita Shetty was last seen in the web series, Yo Ke Hua Bro, streaming on Voot.