Shamita Shetty penned a long note on her battle with depression and urged everyone to find their inner strength, channelise it and confront it head-on to win the fight with mental health. 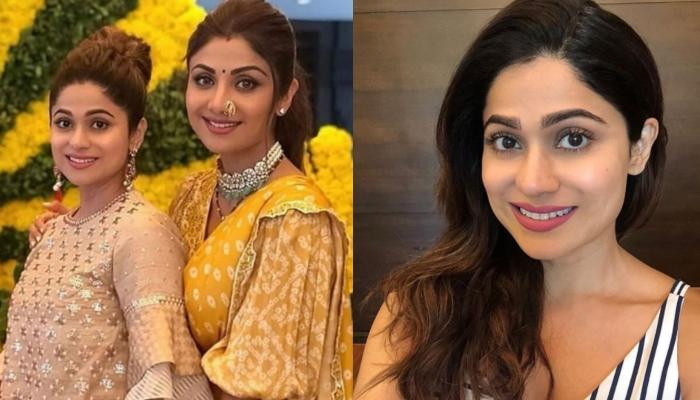 Of late, the society has taken many steps towards de-stigmatising mental health, creating awareness on depression and the measures that one can take to help their loved ones, who are fighting their inner demons. No matter how many articles we read or the stories we hear, we can never understand what a person dealing with mental health is going through unless we have experienced it. And even though we have been where someone is today and had battled with mental health, we still can't figure out exactly what the other person is going through as everyone has their own journey, everyone has a different pattern, everyone has their own way to deal with the issue and everyone has their own path of recovery. (Also Read: Somya Seth Of 'Navya' Shares Her Suicidal Thoughts During Pregnancy, Pens How She Was Forced To Live)

While Deepika Padukone, Shaheen Bhatt, Anushka Sharma, Sameera Reddy, Ileana D'Cruz, Hazel Keech Singh amongst others have addressed mental health and their respective journeys with it, Sushant Singh Rajput's demise by suicide had left everyone in an utter shock. Everyone's wondering what made Sushant feel that taking his own life was his only way out. A lot of celebs have emphasised on the seriousness of mental health since then. Shamita Shetty too, penned her battle with depression and urged everyone to find their inner strength, channelise it and confront it head-on to win the fight with mental health. 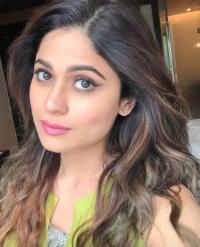 Shamita Shetty penned a long note on her battle with depression and had described the effects of mental illness in the most visceral manner. Speaking about her experience, Shamita wrote, "I know the pain because I've been through it. It took me a while to recognise and accept it, to muster up courage, look it right in the eyes and say I'm stronger than you and I will beat you!" Shamita captioned her long note as "Peace, Positivity and Love to all", followed by a heart emoji. Her sister, Shilpa Shetty Kundra commented on her post, "My brave warrior @shamitashetty_official, my heart swells with pride with your strength and courage. Love you." It was in 1993 when Shilpa Shetty had made her debut in Bollywood with Baazigar, and 7 years later, in 2000, her sister, Shamita Shetty had entered into the industry with Mohabbatein. But did you know that Shilpa was insecure from her sister, Shamita when the latter had made her debut in 2000? In an interview with Pinkvilla on their show, No More Secrets, Shilpa and Shamita had spoken about their bond and the insecurities. (Also Read: Sushant Singh Rajput Felt 'Indebted' To His Ex-Girlfriend Ankita Lokhande, Reveals Stylist Leepakshi) 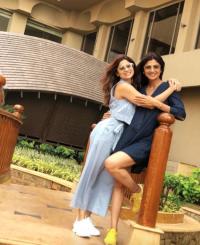 Admitting that she was insecure of her sister, Shamita Shetty when she had debuted in Bollywood with Mohabbatein, Shilpa Shetty Kundra had confessed, "I always felt she's the better looking sister, the fairer one. She's a better actress and a dancer. So I'll admit this for the first time on this show that when she debuted, I did feel that nobody would give me work anymore after that." Speaking of her struggle, Shamita had stated, "In school, I was this girl who was athletic and good at sports. When I entered the film industry, it was suddenly different. It was a struggle to find my own identity. I knew about comparisons but the media was really harsh on me." 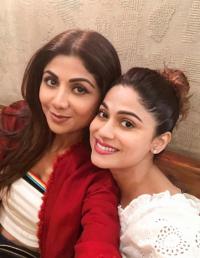 On April 12, 2020, Shilpa Shetty Kundra had posted a video, comprising of her precious memories with her sister, Shamita Shetty, to mark Siblings Day. In her late post, Shilpa had written, "Missed #SiblingDay yesterday. So this is for you @shamitashetty_official  A sister is someone who knows your worst fears and darkest secrets. When your parents don’t understand your sister always will (or at least pretends to) If as a woman you don’t understand how you can love your sister sooooo much that you can kill for her and wring her neck at the same time... then you are a single child! From all our shenanigans to all our ‘girlie issues’, I will always cherish those childhood memories, even when we fought like cats & dogs and then made up like nothing happened. But most importantly, I had someone who kept me going on my lowest days amid all the struggles life could throw at me, and for that I’m forever grateful to you for standing by me. Time has flown by but this must be said, you are IRREPLACEABLE. It’s “US” against the World, always... my Tunki. Ae love ya!" (Also Read: Sushant Singh Rajput's Brother Reveals Their Family Was Gearing-Up For His Wedding In November, 2020)

Thank you, Shamita, for sharing the story of your battle with depression with a hope that it might help or inspire someone, somewhere!