Shahid Kapoor married Mira Rajput Kapoor on July 7, 2015. He ha been in a relationship with Bollywood actress, Kareena Kapoor Khan. Here, he reveals why he didn't attend her wedding. 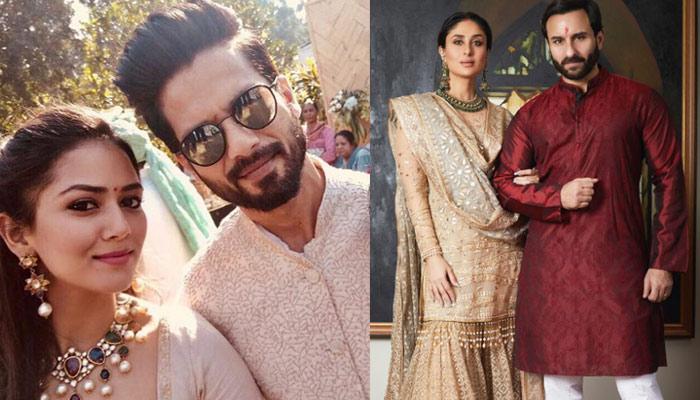 The heartthrob of Bollywood, Shahid Kapoor is today one of the happily married men. He undoubtedly broke millions of hearts when he chose to marry a Delhi-based college girl, Mira Rajput Kapoor, through an arranged marriage setup. This was the time when every girl thought, “Why not me?” And finally, on July 7, 2015, Shahid was legally taken by her as they said “I do” in a Sikh wedding style. Shahid and Mira are now proud parents to beautiful kids, Misha Kapoor and Zain Kapoor.

For the ones who don’t know, Shahid had been in a longtime relationship with Kareena Kapoor Khan, who is now happily married to Saif Ali Khan and is the mother of the internet sensation, Taimur Ali Khan. Post their breakup, he also had a clandestine affair with actor Priyanka Chopra Jonas (who is now married to Nick Jonas), which lasted for a very short period. Every now and then, Shahid can be heard candidly speaking about his past relationships. (You May Also Like: Vivek Oberoi Is Enjoying Family Time With His Parents, Wife And Kids In Maldives (Pictures Inside)) 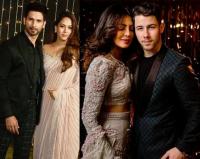 On Neha Dhupia’s chat show, BFFs with Vogue, Shahid Kapoor got candid about his personal as well as professional life. He talked openly about his ex-girlfriends, Kareena and Priyanka. During the course of the conversation, Shahid opened up about being invited to Priyanka’s wedding reception in Mumbai. And when he was asked about not attending Kareena’s wedding with Saif Ali Khan back in 2012, he stated, “About Kareena, I don’t remember, it was a while ago. I don’t think I was invited.”

In the same interview, he also talked about his films and the fact that he was offered Rang De Basanti. Shahid remarked, “I regret not doing the film. They wanted me to play the role of Siddharth. I’d cried while reading the script and loved it, but unfortunately couldn’t make time for it.” And on undoing a film, he chose Shandaar opposite, Alia Bhatt, “Even I was confused when I saw the film.” (Also Read: Indian Cricketer, Jasprit Bumrah Is Dating South Film Actress, Anupama Parameswaran? Details Inside) 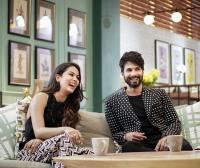 On Koffee With Karan 6, when Shahid was asked if he wants to delete any memories of Kareena or Priyanka, he had replied, "See, my relationship with Kareena was longer and with Priyanka, it was shorter. I think the man that I am today is because of all the experiences that I’ve had. So, I wouldn’t want to delete any of the memories. It’s taught me a lot." And he had further talked about their talents, "I think the more talented actor is Kareena. I think the more hardworking and committed actor is Priyanka." 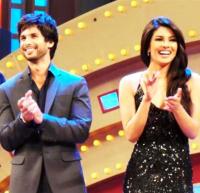 In fact, when Priyanka’s marriage was announced, he had congratulated her and conveyed all the best wishes. He was quoted as saying, "Many, many congratulations to Priyanka and Nick. Marriage is a beautiful thing; I can say that from my experience, and I wish her all the best. Priyanka is doing amazingly well I am very happy for her. She has made all of us proud. She always had the potential to become an international star and she has proved it." (Checkout: Bharat Takhtani Reveals Newborn Miraya Takhtani Looks Like Esha Deol, Radhya Takhtani Looks Like Him) 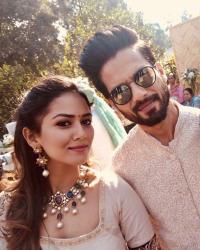 Lately, at a press release with fans and the media, Shahid was asked to give advice on long-distance relationships. The 38-year-old actor had remarked, "I could never do long distance relationships. I mean, what's the point? I have always felt that if I am in love with someone, I would want to share as much time as I can with her. But there are people who have done it." Adding further, he had quipped, "I have friends who managed to get through it, they have gotten married and they are really happy, so there are difficult phases one needs to get through in long distance relationships, and I was really bad with it.” (Don't Miss: Srishty Rode Of 'Bigg Boss 12' Fame Is Holidaying In Denmark With The New Love Of Her Life, Vijal) 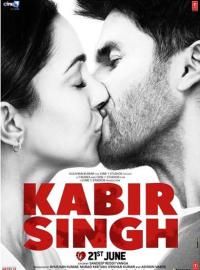 On the work front, Shahid will next be seen in the intense passionate love story, Kabir Singh, wherein he will be seen playing the role of an alcoholic surgeon. The movie which also stars, Kiara Advani is slated for a June 21, 2019 release. 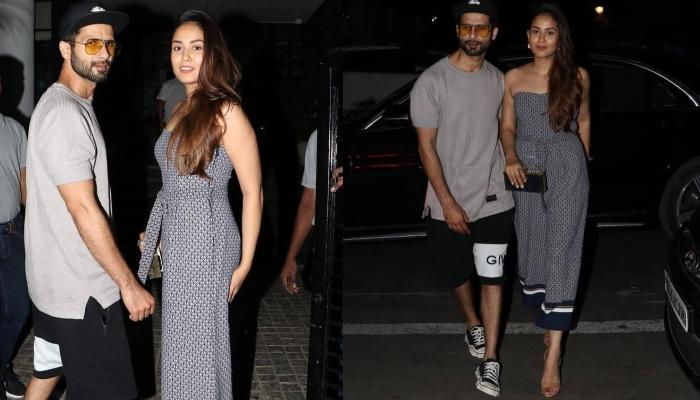 Shahid Kapoor broke many hearts when he announced his marriage to Delhi’s beauty, Mira Rajput. At the age of 20, the gorgeous Mira took the bold step of leaving her sheltered cocoon in Delhi to settle down with her superstar husband in the world of glam and glitz. The 24-year-old