Shahid Kapoor has been riding high on the professional front post the release of 'Kabir Singh'. Shahid gets candid about taking a break and spending time with family. Having a place to go and having someone to love is one of the best blessings. And this is where family plays an important role in everyone’s life. Taking out time to manage and appreciate the efforts of your loved ones helps you to connect with your family and understand them better. Having a family, who supports you at every juncture of your life, means you are one of the luckiest persons in this world. (Also Read: Unseen Childhood Pictures Of Isha Ambani, Akash Ambani And Anant Ambani Reflects Their Loving Bond)

Shahid Kapoor is one such family man, who is blessed with a beautiful wife, Mira Rajput Kapoor and two little munchkins, Misha Kapoor and Zain Kapoor. He is always seen spending quality time with his family. From sharing romantic pictures with his wife to going on play dates with his kids, Shahid does not spare any moment to stay with his family. Even after his hectic shooting schedules, Shahid always makes sure to take out time for his wife and kids. After riding high on the success of Kabir Singh, Shahid is quite content with his professional life and has taken a break to spend time with his family. 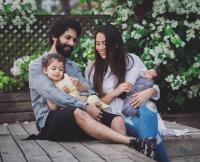 In an interview with the Hindustan Times, Shahid revealed how relaxed he feels while spending time with his family. He also stated that he was planning to take a break post the release of Kabir Singh and is happy that he got some time with his wife, Mira and kids, Misha and Zain. Shahid and Mira, who were recently seen coming out of their gym, were busy planning birthdays of their kids from some months. The cute family is often spotted spending time with one another while going for outings and birthday parties. Shahid also stated although he is quite content with his current phase but gets anxious even if he has to attend an award function since he is too comfortable in his family space. (Also Read: Manisha Koirala Opens Up On Her Three-Year Long Battle With Ovaraian Cancer) 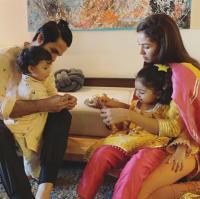 Shahid further explained that although he loves spending time with his tiny tots, there are times when he wants to start shooting for his next project but the comfort of his home has made him too nervous to even step out. He revealed, “It’s great since I get to spend time with my family, Mira and kids. But having said that, after a point, you just want to get on the sets. Nowadays, I get nervous even if I have to go for an award function because I haven’t been in front of the camera for so long. It does make you feel a bit odd.” 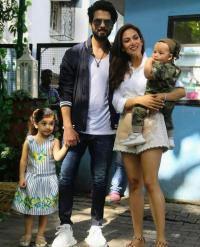 Once in an interaction with The Times of India, Shahid talked about how he had fallen in love with his wife, Mira and had stated, "I’m still falling in love with her a bit more every day. The first time we met, we spoke for seven hours. We were at a friends' farmhouse in Delhi. We went for a walk outside and the sun was setting behind her. I realised her eyes were not dark. They had a hazel tinge. That moment, I felt shayad main iss ladki se shaadi kar sakta hoon. But I also told myself, “What are you thinking? Bees saal ki hai besharam!”" 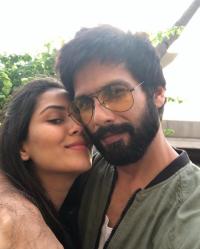 Shahid had broken many hearts when he had decided to get married to Mira Rajput on July 7, 2015. He had revealed that they never dated and only met 3 or 4 times before they tied the knot. In another interview with The Times of India, Shahid had stated, “Mira and I never dated. We just met three to four times and decided to get married. I was about to start shooting for Udta Punjab when I met first met Mira. I remember I went to her house for the first time and I was in the Tommy zone.” (Also Read: Hema Malini Opens Up On Her Marriage With Already Married, Dharmendra, Says, 'I Never Took Him Away') 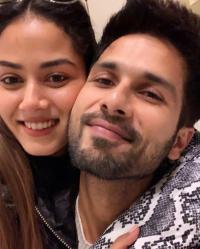 It seems like Shahid is enjoying his family time to the fullest. 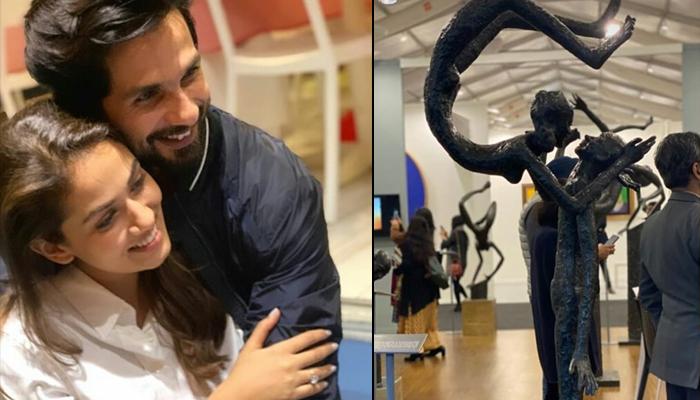 Given the substantial age difference between them, the arranged marriage of Shahid Kapoor and Mira Rajput in 2015 had raised quite a few eyebrows. However, over the years, Shahid and Mira proved that when it comes to love, nothing else matters! One of the most eligible bachelors of B-town, Shahid