Shahid Kapoor Proves That His Son, Zain Kapoor Is A Mirror Image Of Him In His Latest Post

Shahid Kapoor Proves That His Son, Zain Kapoor Is A Mirror Image Of Him In His Latest Post

Bollywood actor, Shahid Kapoor shared a collage of his childhood photo and his son, Zain Kapoor's picture on his Instagram. And we cannot believe how similar they look! 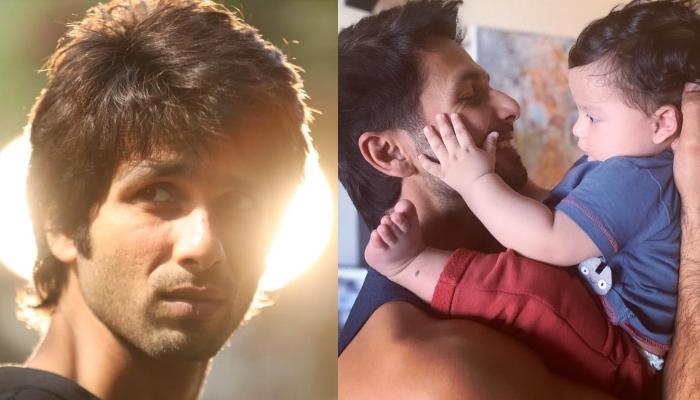 If daughters are all things sweet and sassy as their mommies, then sons are naughty and mischevious as their fathers! And Bollywood actor, Shahid Kapoor proves this quote right as his daughter, Misha Kapoor is a 'mini-me' of her mother, Mira Rajput Kapoor. On the other hand, his son, Zain Kapoor is a mirror-image of him. (Recommend Read: 38-Weeks Pregnant, Bruna Abdullah, Gives Closer Look Of Her Baby Bump, Pregnancy Glow Is Unmissable)

Before, we take you further into the story, let us take a recap of Shahid's 'happily ever after' with his wife, Mira. They have made us believe in the institution of arranged marriages and working every day towards a happy ending. The duo's wedding had created quite a buzz in the media considering the age gap between the two, plus the non-filmy background of Mira. However, they trespassed it all holding each other's hand and along the way, Shahid and Mira were blessed with two kids, Misha (2 years) and Zain (11 months).

While Misha and her fashion sense resemble her mother, Mira, Zain is a replica of Shahid. Don't believe us? On August 20, 2019, Shahid took to his Instagram handle and shared a collage of his childhood photo and his son, Zain Kapoor's picture. And oh boy, we cannot spot any difference between the two. The actor captioned the picture as "Spot the difference #likefatherlikeson." Take a look at the picture below: 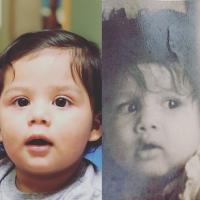 Recently, when Shahid appeared on BFFs with Vogue - Season 3, he had talked about his son, Zain, and had said, "He is so good looking, I am fan-boying him all day." When Neha had asked him, "Is it like a mini-me moment for you?" The actor had denied it and had stated, "Not at all. He is way better looking than me. He has got (features from) both of us (Mira and me). Because he is a boy and he was born with a lot of hair, everybody thinks he looks similar to me, but actually, I think his features are a lot more like Mira's. He has got sharper features, which is nice for a boy and I think both of them are like a little bit of a mixture of both of us. But he is just really good looking." (Also Read: Pooja Batra Sports Red Bikini As Nawab Shah Flaunts His Abs In Pool, Give Beauty And The Beast Feel) 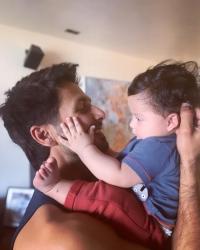 Looks like after creating this collage, Shahid will rethink on his opinion. He had further shared his experience of fatherhood, "Everybody who has a daughter will understand what I mean and with Zain, it's more like a buddy vibe, like even though he is just eight months old but I still buddy him, and with Misha it's like, it's different." 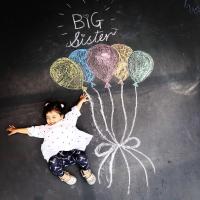 In a 2018 interview, Shahid had talked about the feeling of becoming a father for the second time, and had shared, "Having a child is the most amazing feeling. And we are fortunate that we are having a second one so soon, so I feel happy and blessed about that. Family is always a big reason to work even harder. When you come back home to your family after work, it’s a great feeling." 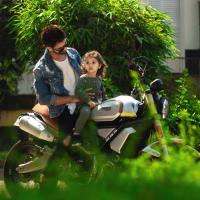 Shahid is a doting father, we remember once in an interview, he had talked about how he wants to be the best man for his daughter. He had stated, "Misha gives me a lot of strength. Life is all about her now. I feel like I am ready to protect and even fight for her. I want to be my best for Misha. I never want to leave home once I return to my wife and baby." (Don't Miss: Rohman Shawl's Latest Gesture For GF, Sushmita Sen Proves He Is In Awe Of Her And Is Her Biggest Fan)

Well, we just cannot believe the uncanny similarity between Shahid and Zain!