Bollywood sibling duo, Shahid Kapoor and Ishaan Khatter never fail to shower love on each other. Check out Shahid's cute wish for his brother, Ishaan on his birthday! 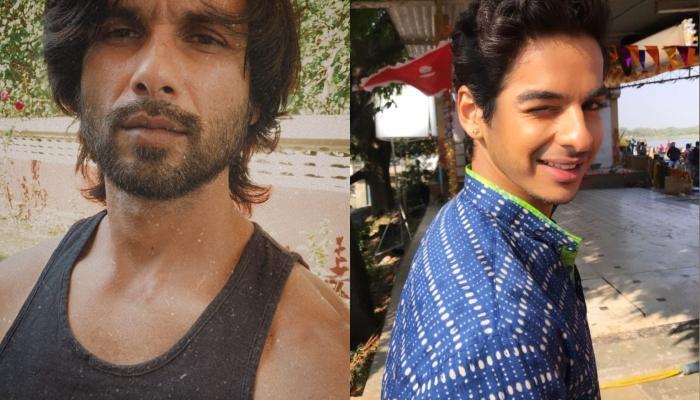 No matter how much we try to deny it, but we all eagerly wait for our birthday, which comes once a year. The day is super special for us and the people surrounding us, especially for our siblings. Whether we are living in the same house with them or miles apart, they are always the first one to celebrate our achievements and birthdays. And Bollywood sibling duo, Shahid Kapoor and Ishaan Khatter share a similar bond with each other. (Recommend Read: Abhinav Kohli Claims His Estranged Wife, Shweta Tiwari Is Using Her Daughter Palak To Get Rid Of Him)

We all know that Shahid Kapoor and Ishaan Khatter are 'half-siblings', yet they share a relationship like real brothers. After all, Shahid had always wished for having a brother and he had influenced his mother, Neliima Azeem to have another baby so that he can have a brother. The adorable sibling duo shares a loving bond and never fails to shower love on each other.

On November 1, 2020, Ishaan turned a year older and his brother, Shahid penned a loving wish for him. The actor took to his Instagram handle and shared a goofy picture with him. Alongside it, he wrote, "Happy birthday Ishaan. May you be everything you deserve to be. Loads of love." On this, Ishaan immediately commented, "I love you bhai. Your blessings mean the world to me. Your light is the brightest and I’m lucky to soak it in."

Ishaan Khatter's father, Rajesh Khatter also took to his Instagram handle to whish his son. The actor shared a collage with a throwback picture of Ishaan. Along with it, he wrote, "How wonderfully wheel of time is turning a GENTLE soul into a MAN of substance. #HappyBirthday @IshaanKhatter. Keep shining & Rising Son." (Also Read: Madhuri Dixit Shares Unseen Throwback Pictures Of Her Kids, Arin And Rayn In Halloween Costumes)

In an interview with the Hindustan Times, Ishaan had opened up on being referred to as Shahid's brother. He had said, "I am very proud of the fact that I am his brother." Ishaan had further clarified that he doesn't intend to ride on his brother's fame. The 24-year-old actor had stated, "I don't intend to ride on his fame or anything of the sort. If somebody recognises me as his brother, I don't have an ego about it. That's not something that would ever bother me. But I am very aware of the fact that I started getting recognised as his brother when I was 15. Before that, not many people knew too much about me. I started being seen in one-two places with him, then how the media is — there was curiosity about a boy who's coming into a certain age."

Ishaan further revealed that he will always be Shahid's cheerleader, "I've just begun. Why should it take away from my talent? He started off 14 years before me, made such a beautiful place and mark for himself. I will always be his cheerleader, he's my blood, brother, family. For me, I don't see any reason to try and create a separate sort of identity for myself. That will happen on its own."  (Don't Miss: Kajal Aggarwal Reveals Details Of Her Punjabi-Kashmiri Wedding, Shares Photos From The 'Mandap')

We wish the happiest birthday to Ishaan! Bollywood is filled with examples of siblings pairs, who had made a name for themselves individually and had shared a commendable rapport with each other. Few of those names are, Kareena Kapoor Khan-Karisma Kapoor, Kajol-Rani Mukerji, Saif Ali Khan-Soha Ali Khan and a lot more. And a recent addition to