Bollywood actor, Shahid Kapoor took to his IG handle and shared a mushy video with his wife, Mira Rajput Kapoor. His adorable caption is unmissable!

Bollywood's power couple, Shahid Kapoor and Mira Rajput Kapoor are an inspiration to millions of people. It was on July 07, 2015, when Shahid and Mira had tied the nuptial knot in a Gurudwara wedding. Since then, they're blessing our feeds with their stunning pictures and are giving us major couple goals. The couple never misses a chance to win our hearts with their romantic PDAs and mushy love on social media. Well, this time was no different!

Looking at Shahid Kapoor and Mira Rajput Kapoor's love banter, one might think that the much-in-love couple is still living in their dating days. However, we can not miss out on their two little munchkins, Misha Kapoor and Zain Kapoor, who have been filling their lives with love and laughter. And now, the family of four is soon going to move into their new home in Worli.

Recommended read: Preity Zinta Shares An Adorable Picture Of Herself Hugging One Of Her Twins, Calls It 'Mommy Vibes' A few moments back, Shahid Kapoor took to his IG handle and shared a video of him sitting with his wife, Mira Rajput Kapoor, in an open area. In the video, we can see Mira busy browsing through her phone, sitting at some distance from Shahid. On the other hand, Shahid, who was dressed in a puffer jacket and a beanie, blew a kiss on his wife's head. Along with it, Shahid penned an adorable note and shared that he's okay being his wife, Mira's second love. Sharing the mushy video, he wrote:

"Her first love is what she is staring at. But I’m ok being her second love also. . What to do. . Love is like that only ..  #winterlove."

On January 2, 2022, Mira had posted a hilarious video with her hubby, Shahid. In the video, we could see Shahid in the frame and saying, "I am perfect." However, when Mira had panned the camera on herself, she was left shocked as her face had appeared different. Mira had asked why the filter was not working on Shahid. The actor had replied, "Because I am a perfect face." Mira had captioned the video as:

"Why doesn’t the filter work on @shahidkapoor? I look ridiculously different!"

On December 18, 2021, we had witnessed some cutesy flirting between Shahid Kapoor and his wife, Mira Rajput Kapoor, as she had shared a picture of herself on her IG handle. Mira had posted a photo of herself, looking into a mirror, creating several reflections of her, and had captioned it as "Hello." Her hubby, Shahid, had reacted to it by commenting on her picture with a dialogue from his film, Haider. Shahid had written: 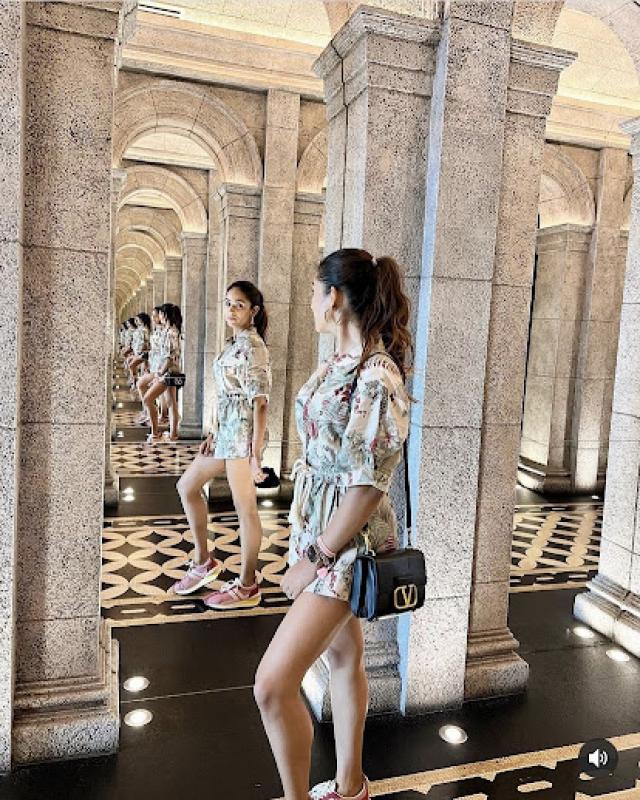 A few days back, in an interview with ETimes, Shahid Kapoor had talked about moving into their new abode. He had mentioned that he and his wife, Mira Rajput Kapoor, have purchased their new flat keeping their children, Misha Kapoor and Zain Kapoor, in mind. The actor had compared families to an adrak (ginger) and had explained:

"We needed more space for our kids (Misha and Zain). We really liked the house we saw. It had a great vibe. It’s a bigger space than what we have right now. The kids are growing up and they will need this kind of space. Right now, everything in my house is my kids’ space. Mira and I need our space, too. With passing time, making more room for the family is extremely important. Family adrak ki tarah hoti hai, failti rehti hai. It grows and that feels wonderful. And as it grows, you have to be able to accommodate it with all its increasing needs.” For the unversed, Shahid Kapoor's film, Jersey, was slated to release on December 31, 2021. However, the movie has been pushed back because of the rising numbers in COVID-19 cases. 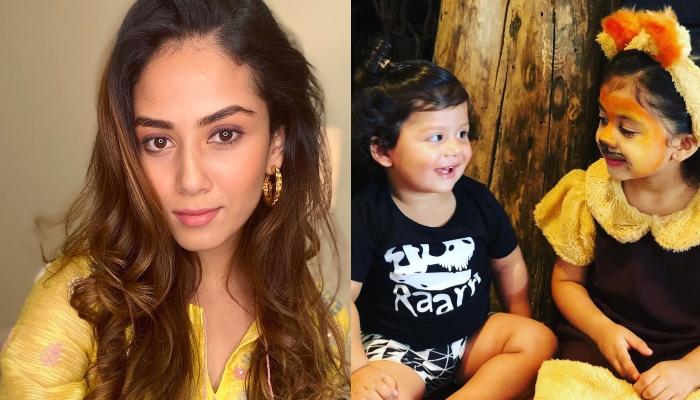