Bollywood actor, Shahid Kapoor is an automobile junkie, and his luxurious car collection is proof of the same. Let's take a look at the actor's fleet of swanky rides!

Bollywood actor, Shahid Kapoor is one of the most bankable actors of his generation, and he has been garnering love and appreciation from across the country for his acting chops. In his career spanning 2 decades, the handsome hunk has showed his versatility in acting in films like Chup Chup Ke, Haider, Jersey, Kabir Singh, Jab We Met and many others. Shahid had made his debut in the year 2003 with the film, Ishq Vishk, and had etched his place in the hearts of many people. Despite being the elder son of actors, Pankaj Kapur and Neliima Azeem, Shahid has established himself in the glamour world with his own credibility and hard work.

Apart from being an actor, Shahid Kapoor is a doting husband to his wife, Mira Rajput Kapoor, and a loving daddy to his two adorable kids, Misha Kapoor and Zain Kapoor. Reportedly, the family of four is all set to move into their new house worth Rs. 56 crores in Worli, Mumbai. Not just that, Shahid and Mira believe in living their life lavishly and thus, they always choose the best in everything for them and their kids. Apart from the other luxuries, Shahid Kapoor owns a range of swanky cars and never fails a chance to flaunt them. 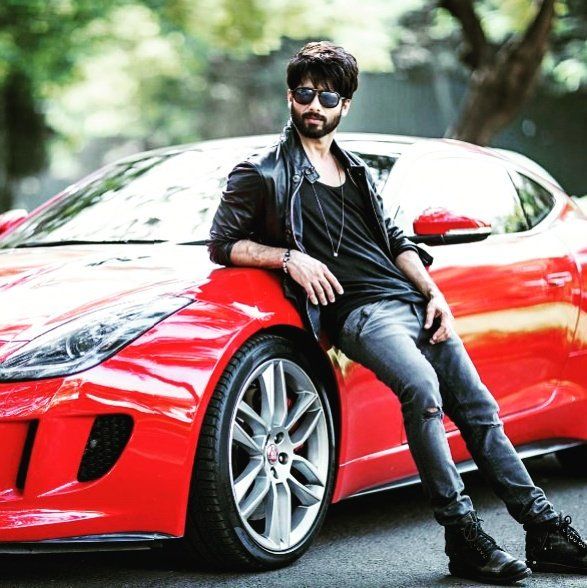 Just like every other actor, Shahid Kapoor is also a petrol-head and has a wide range of expensive cars parked inside his garage. One look at his car collection can make you believe that he is an automobile junkie and will leave you stunned! Shahid's car collection is every automobie enthusiast's dream, and the actor owns it to flaunt it. So, without further ado, let's have a look at Shahid Kapoor's fleet of expensive cars. Just like most of the people from the film fraternity, Shahid Kapoor prefers to travel in comfort and style. Thus, the actor is often spotted travelling in his Mercedes, which is well-known for its comfortable and plush interiors. The Mercedes - GL Class SUV is the most favourite pick of the B-Town celebs, and Shahid is not far behind. The actor is the proud owner of the Mercedes Benz GL350, popularly known as the king of comfort, which reportedly costs Rs. 88.2 lakhs. Apart from the luxurious interiors, the swanky car offers an expansive leg space, making it perfect spot to relax after a hectic shoot schedule. 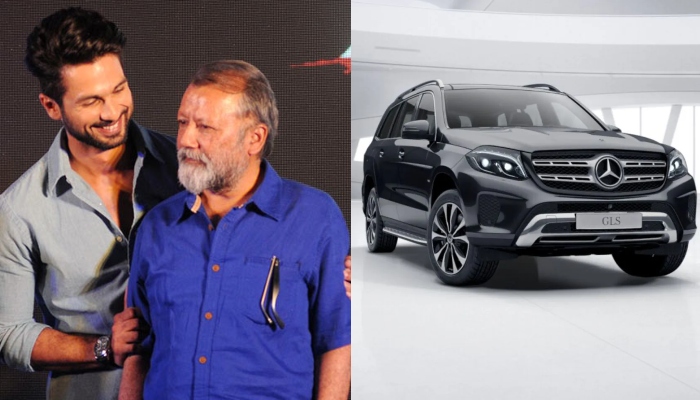 Shahid Kapoor has a special place for Mercedes in his heart, and he owns four of them. On his father, Pankaj Kapur's 60th birthday, Shahid had gifted him the Mercedes ML-Class. Known as the younger sibling of the GL-Class, this swanky ride is one of the best car in its price range. Mercedes ML-Class is more compact and can easily accommodate 5 people at one go. Well, how can one not fall in love with this gleamy looking ride in the shiny dark blue tint! Reportedly, Shahid had spent a hefty amount of Rs. 79 lakhs to get his hands on this luxurious car. 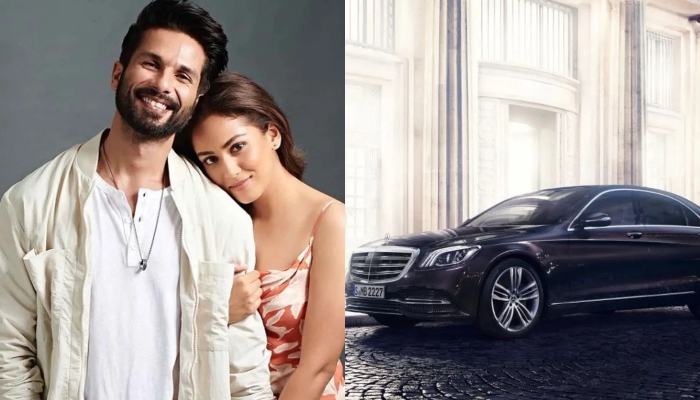 Another Mercedes parked in Shahid Kapoor's garage is the gorgeous AMG S400. The actor had gifted this swanky ride to his wife, Mira Rajput Kapoor, and it is surely the perfect gift for the pretty lady. Though the swanky sedan can make you fall in love with it in split seconds, it's the price of the car that can dig a hole in your pocket. Reportedly, Mercedes-AMG S400 is priced at Rs. 1.28 crores. The regal ride is so attractive that even Bollywood celeb like Shah Rukh Khan couldn't resist himself from buying it! 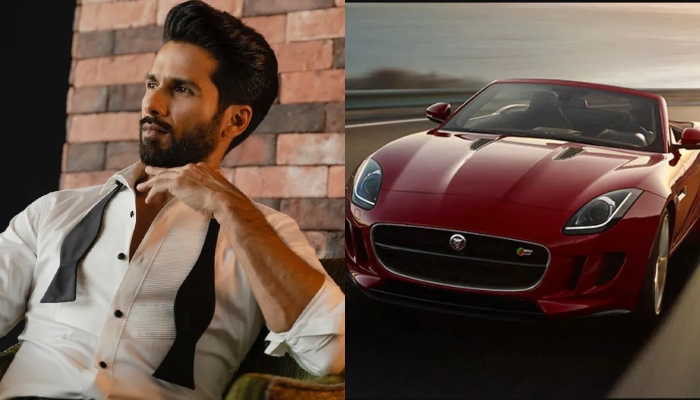 Shahid Kapoor's love for sporty cars is second to none. Apart from sedans and SUVs, Shahid also possesses the luxurious Jaguar XKR-S, which is a beast. The classy car costs a whopping amount of Rs. 1.2 crore, and its speciality is that it can go from 0-100 kmph in less than 5 seconds. Shahid Kapoor owns the Jaguar XKR-S in red colour, and it has a seating capacity for four people. One look at the car and you'll be left in awe of its beauty and class! 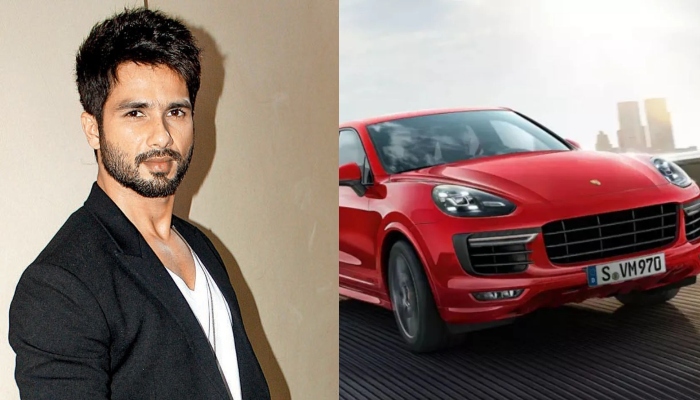 When it comes to Shahid Kapoor and his sporty cars, the most common and eye-catching element is the colour red. Shahid makes sure to grab eyeballs and make heads turn whenever he steps out in his red beasts. Another sporty car in the actor's garage is the Porsche Cayenne GTS, which is among the few large-sized sports car with four doors and a seating of five people. Surprisingly, the car can go from 0-100 kmph in an alarming 5.2 seconds. However, it's the price of the car that will leave your jaws dropped, as it had cost Shahid a hefty sum of Rs. 1.19 crores! 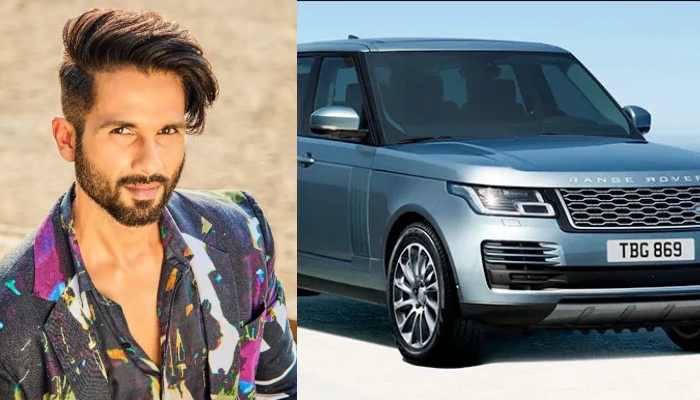 Another lavish four-wheeler in Shahid Kapoor's collection is the swanky Range Rover Vogue worth a whopping sum of Rs. 2.37 crores. The gigantic SUV was handed over to Shahid Kapoor by none other than the then-Chairman of the car company, Jaguar Land Rover Automotive PLC, Ratan Tata himself, somewhere between 2008-12. The car's edgy design and unbeatable luxury complements the actor's personality. Shahid owns this model of Range Rover in lusturious black colour, and it adds more charm to his style. 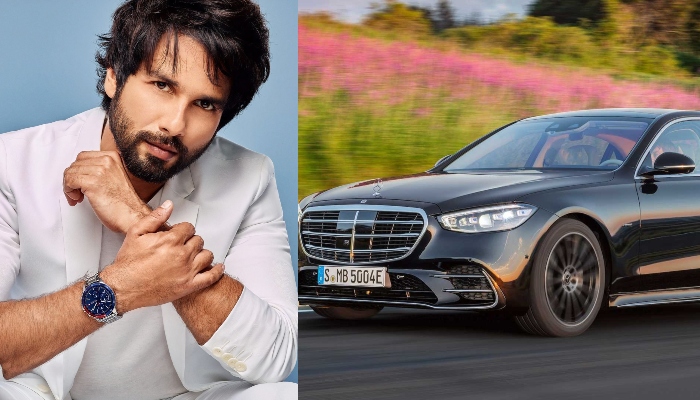 The latest addition to Shahid Kapoor's expensive car collection is the plush Mercedes-Benz Maybach S 580, which the actor bought on March 31, 2022. The actor had purchased the giant beast for a sum of Rs. 2.79 crores and had left everyone stunned when he had taken his car for a drive around the city. The swanky dark-coloured ride had made heads turn as Shahid flaunted his expensive possession.