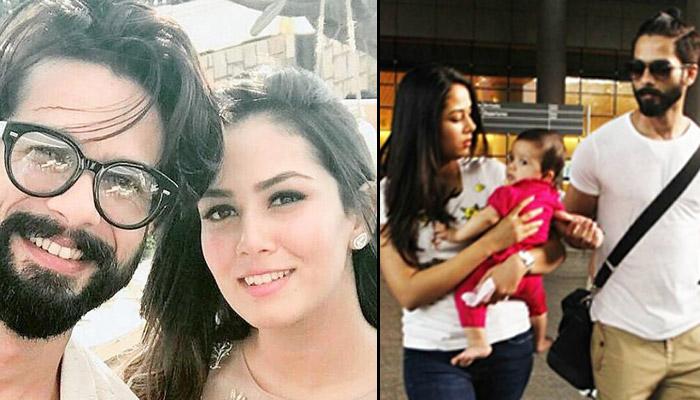 They are cute, they are loving, they are caring, they are understanding and not to miss, they are a family. There is no denying the fact that this family is one of the loveliest families from the B-town. We are talking about none other than, the heartthrob of Indian film fraternity Shahid Kapoor, his wife Mira Rajput and baby Misha Kapoor. 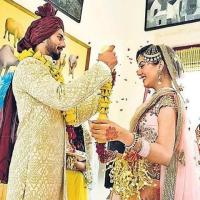 Shahid and Mira walked down the aisle on July 7, 2015, which was followed by a grand wedding reception. And trust us, their wedding was in the true sense a ‘Big Fat Indian Wedding.’ In case you want to check out their complete wedding story, click here right now! 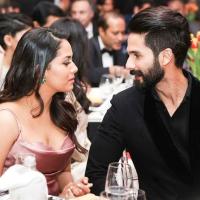 Coming to the point, you all might know the couple became proud parents to a baby girl on August 26, 2016. And ever since her birth, all Shahid’s fans were eagerly waiting to see how she looks like. 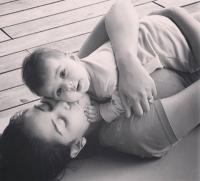 In February this year, he did share her first picture on his official social media handles, and it’s one of the cutest pictures of a celeb baby. 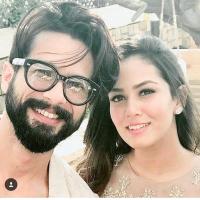 All this while, the Rangoon actor has shared a few picture of Misha with either himself or Mira, but his fans wanted to see a complete family picture i.e. Shahid, Mira and Misha in a single frame. So, here it is guys! The couple with their cute little toddler, got clicked by pap at the airport and we can’t stop gushing over these pictures. Here they are: 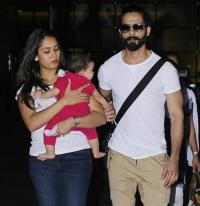 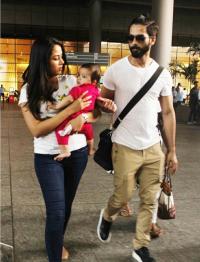 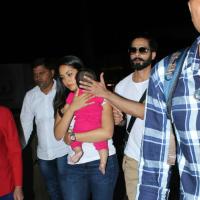 Such a happy and much-in-love family it is, no?

Shahid Kapoor is one of the doting daddies of Bollywood. Recently, Shahid posted a cutesy picture of himself, chilling in the pool with his darling daughter, Misha! Take a look at the picture: 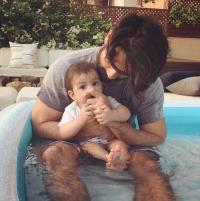 This is surely one adorable picture of Daddy Shahid having a great time with little Misha!

Recommended Read: The Sureshot Ways To Have A Fab Body Like Shahid Kapoor Despite Being A Vegetarian

Well, team BollywoodShaadis would like to convey warm wishes to these three lovelies, Shahid, Mira and Misha. May you keep enjoying such trips, giving some serious family goals to everyone out there. Much love! Once counted amongst the chocolate boys of Indian film fraternity, Shahid Kapoor is now the hottest daddy in the town. Many hearts were shattered when he walked down the aisle with Delhi girl, Mira Rajput on July 7, 2015. Recommended Read: 17 Things That Change Once You Have A Baby The cutesy