The couple dines together, stays together! And guess what? Shahid Kapoor and Mira Rajput Kapoor live by this rule as they never miss a chance to spend some 'alone time'. 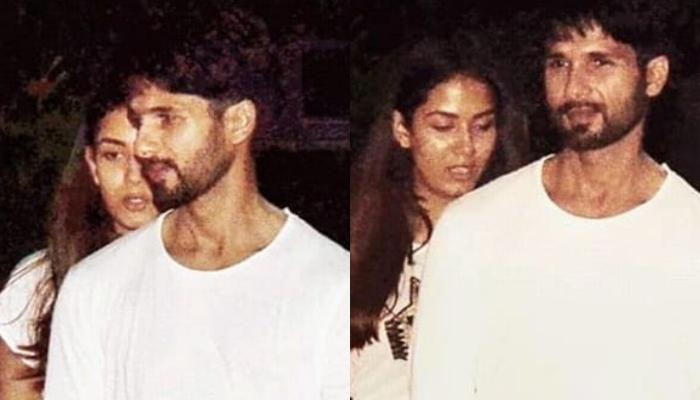 In the middle of an ordinary life, love gives us a fairy tale and turns all our dreams into reality! And exactly similar love story brewed between Tinseltown heartthrob, Shahid Kapoor, and Delhi-beauty, Mira Rajput Kapoor. At the mere age of 20, the gorgeous Mira took the bold step of leaving her sheltered cocoon in Delhi to settle down with her superstar husband in the Tinseltown with paparazzi eyeing her every move. (Recommend Read: Deepika Padukone Demands Something From Hubby Ranveer Singh On Instagram, He Gives It Immediately)

The 24-year-old Mira is not just another star-wife, she is a celebrity in her own right. She has stood for what she believed in and proudly wore the tag of a housemaker. She made us believe in the power of choices as she chose to be a stay-at-home mother and a builder of Shahid’s world. She had talked about the same at a 2017 Women’s day celebration, and had stated, “I am a housewife and wear that label with pride. Why can't you be an accomplished homemaker? Accomplishing could mean anything one has their heart set on.”

While Mira manages to juggle the life of a super-mom and housewife with ace, she makes sure to keep her love life spicy with regular dates. On May 6, 2019, Shahid and Mira were snapped by paparazzi as they went out for a dinner date. The couple looked stunning and we loved their co-ordinated white ensembles. Take a look at the pictures below:

Well, we still remember their beautiful marriage and how Shahid took us all by surprise when he got married to Mira on July 17, 2015. In an interview with Famously Filmfare, Shahid had talked about the first time he saw his muse, and had shared, “It was a lovely evening and light was falling on her face. She just turned towards me and smiled and said something. I was like she is so young but I like her, I thought if something is wrong with me.” (Also Read: Naga Chaitanya Calls His Wife Samantha Akkineni A 'Devil', Says He Is Aware Of All Her Mischiefs)

While not many understand the fact that marriage is a constant effort to make it a happily ever after, looks like Shahid and Mira knew what they had signed up for. After 4 years of marriage, the couple is still very much-in-love. Shahid had once revealed that before marriage, he only met her 3-4 times before they finally agreed to get married. He had stated, “Mira and I never dated. We just met three to four times and decided to get married. I was about to start shooting for Udta Punjab when I met first met Mira. I remember I went to her house for the first time and I was in the Tommy zone.”

Shahid had further shared, “It was adventurous of Mira to agree to marry a guy who looked like Tommy. I also remember telling her — 'I am going to colour my hair.' You should have seen her face. She is this 20-something girl coming out of LSR College and she was like 'What?' And when I told her I am playing a character called Tommy, she said, 'That is not the name of a guy, it is the name of a dog.” (Don't Miss: Tara Sutaria Finally Reveals If She Was Dating Rohan Mehra, Says Sidharth Malhotra Is Wonderful)

Well, Shahid and Mira never fail to give us #CoupleGoals!