The IT couple of B-town, Shahid Kapoor and Mira Rajput Kapoor and their firstborn, Misha Kapoor are on cloud nine ever since the arrival of their second bundle of joy, Zain Kapoor. While the Kapoor clan is having the best of their time enjoying with the new addition in their family, their fans are eagerly waiting to get the awesome-foursome picture of Shahid, Mira, Misha and the little one, Zain. (Also Read: Mira Rajput Kapoor Shares A Strong Message On Breastfeeding And She Is Absolutely Right)

Post Zain’s birth, Mira made her first public appearance with Shahid on Batti Gul Meter Chalu's screening. The much-in-love couple then gave us major relationship goals as they both twinned in black. While Shahid looked handsome in athleisure wear in a black sleeveless hoodie which he paired with black shorts, grey sneakers and grey tinted round sunglasses, Mira flaunted her post-baby bod in a little black flowy dress which she paired with black flats and her sleek open hair accentuated the look. 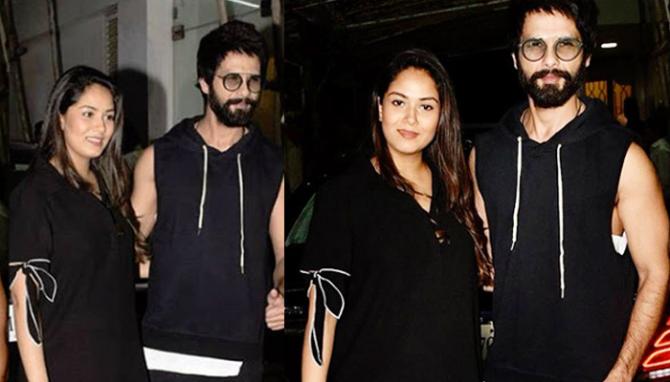 And now, taking some time out for themselves, the newbie second-time parents were spotted on a dinner date. Shahid and Mira always make sure to spend quality time with each other and are often snapped by paparazzi exploring new cafes and restaurants. Yet again, Shahid and Mira were in their casual best exiting Mumbai's popular restaurant, Bastian in Bandra, hand-in-hand.

Shahid looked dapper in a white shirt and teamed it up with the dark-hued shorts. Cool spectacles and white shoes made his entire look swagger. On the other hand, wifey Mira opted for a black and white top and teamed the same with matching denim. Just like Shahid’s gentleman nature, he escorted his wife carefully to the car. Well, whether it is walking hand-in-hand at public events or the Ishq Vishk fame dimpled boy escorting his wife carefully to the car, Shahid and Mira have always reinstated our faith in the arranged marriages and love. (Also Read: Mira Rajput Kapoor Urges Everyone Not To Send Gifts For Her Newborn Zain Kapoor, Her Reason Is Valid)

Doesn’t Mira look amazing in just a month after giving birth to Zain? It’s unbelievable! Mira gave birth to their second child, Zain on September 5, 2018, i.e. two days before her birthday. And on her birthday, i.e. September 7, 2018, she got discharged from the Hinduja Hospital, and Misha and Shahid came to take the little one and Mira home. Shahid and Mira with their two little ones possed for the paparazzi and that was the first time we got the glimpse of Junior Kapoor. 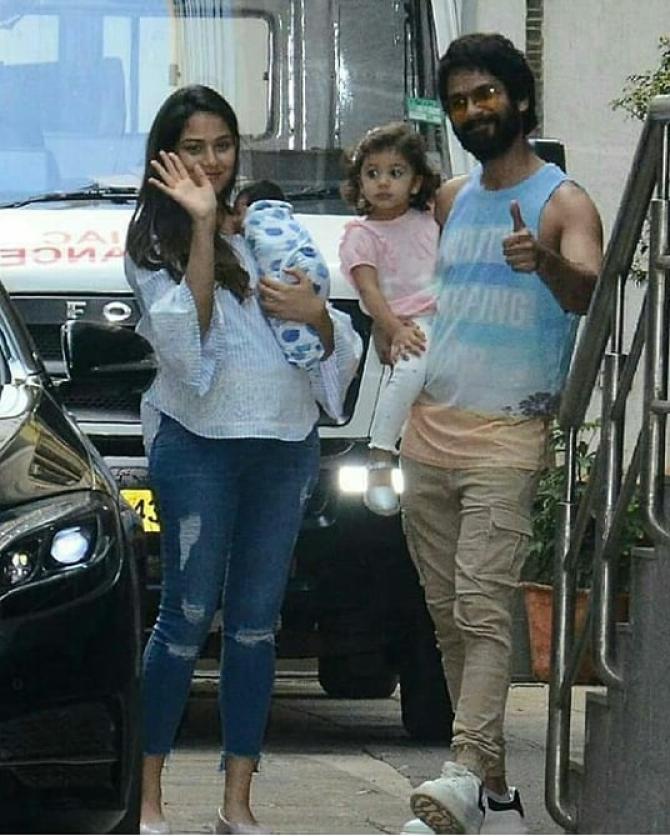 However, things became a little difficult for Mira and Shahid when their firstborn, Misha got down with fever and they had just brought their newborn, Zain home. Updating the same on Twitter, Shahid tweeted, “The last few days have been tough. Misha running very high fever and Zain just came home. Have had to miss some promotions. Just 9 days to go for Batti Gul meter chalu to release but being a parent is above all else. Hope to resume promotions very soon.” Shahid’s mother, Neelima Azeem shared Misha’s reaction on having a little sibling in the house to play with. She stated, "It is definitely a sweet and exciting part in her life. Now, she has got a brother and a companion. Misha is basically a very soft and tender child. She is full of energy and fun, there is a lot of sweetness in her. Even when she goes to the beach, she will play with the puppies and babies there, she is like that with everyone and now it is her own brother. But, of course, it is a little emotional adjustment for all the children so that will happen. But I think her parents are handling that very beautifully. They are balancing the act nicely. All the credit goes to Mira and Shahid." During the promotions of his film, Batti Gul Meter Chalu, Shahid was asked about who had kept Zain’s name, Mira or him. To this, he replied, “We kind of decided both the names together when we were having our first baby. So, when the boy happened to be, we stuck to Zain." Now, we have an answer! (Also Read: Pankaj Kapur Meets His Newborn Grandson, Says Shahid Kapoor And Mira Rajput's Family Is Complete Now) 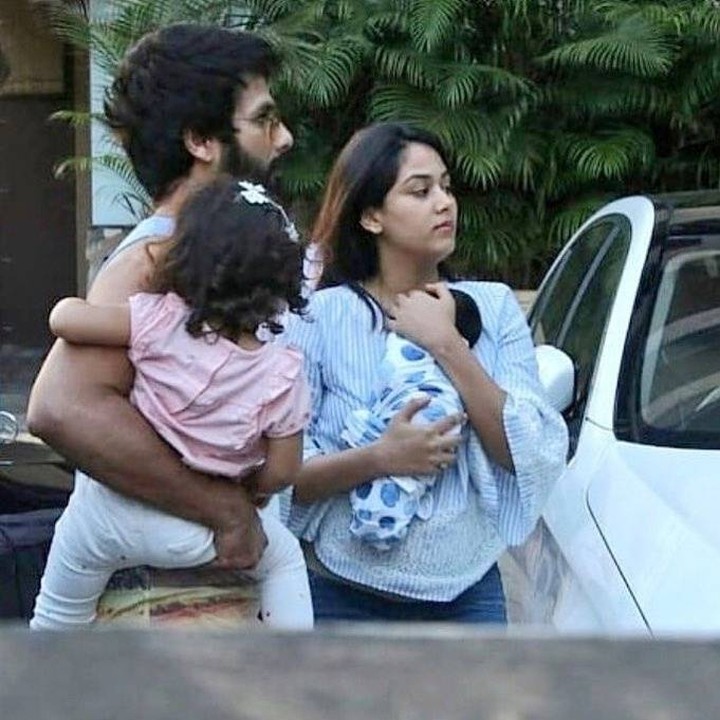 How do you like the monochrome couple, Shahid Kapoor and Mira Rajput Kapoor on their dinner date? Do share with us in the comments section below.