Shaheer Sheikh and Ruchikaa Kapoor’s relationship had been the talk of the town. On November 24, 2020, he shared an adorable picture with her and we couldn’t stop drooling over it. 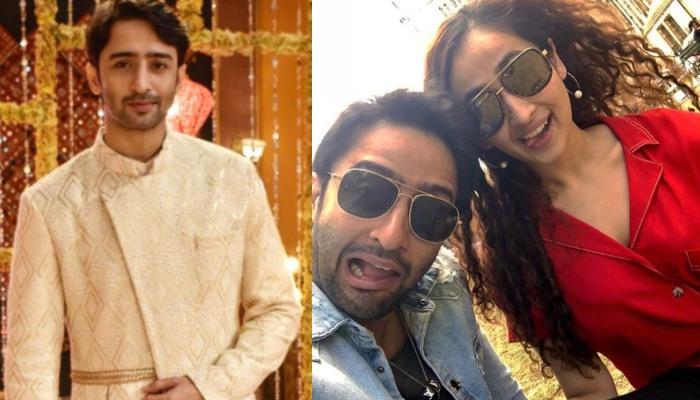 Love is the most amazing feeling in this world and when you find your soulmate, everything seems just perfect. And when it comes to the love life of our favourite celebrity, we wish to know every tiny detail of it. From whom they are dating to when they are planning to get married, everything about them becomes our interest. And actor Shaheer Sheikh is one such celeb, who had made his relationship with girlfriend, Ruchikaa Kapoor official on November 5, 2020. (Also Read: Sana Khan Changes Her Name To Sayied Sana Khan, Shares Gorgeous Pictures Of Her Walima Look)

Kuch Rang Pyaar Ke Aise Bhi, Mahabharat, Yeh Rishte Hain Pyaar Ke star, Shaheer Sheikh’s personal life has always gathered a lot of attention. He was earlier rumoured to be dating actress, Erica Fernandes but the two had always maintained their ‘just friends’ stance. From past few months, rumours about Shaheer dating the Creative Producer and Executive Vice President at Balaji, Ruchikaa Kapoor has been doing the rounds. And now, after confirming his relationship with Ruchikaa, he has shared another surprise for his fans.

A few minutes ago, Shaheer took to his IG handle and shared an adorable picture with Ruchikaa. In the picture, Shaheer was seen holding Ruchikaa’s hand while she laughed her heart out flaunting her ring. Along with the beautiful picture, Shaheer wrote about his excitement and it can be read as “#TuHasdiRave excited for the rest of my life... #ikigai.”

On November 5, Shaheer Sheikh and Ruchikaa Kapoor had posted a confirmation picture on their respective social media handles, with a tongue-in-cheek caption. Sharing the first-ever picture together, Shaheer had written, “Here you go... after all the morphed pictures, thought of saving you all some time. #ikigai #madMe #girlwiththecurls.” Ruchikaa had reposted the picture with a heart and infinity emoji. If you have noticed, Shaheer uses the hashtag ‘ikigai’ in his posts related to Ruchikaa. It is a Japanese word for ‘reason to live’, indirectly confessing his love and commitment to his ladylove, Ruchikaa. (Also Read: Hema Malini Plays With Baby Esha Deol In This Unseen Picture As The Baby Girl Sits On Her Mommy)

After the two had made their relationship official, their relationship had become the talk of the town and rumours were rife that the lovebirds might tie the knot in 2020. A report by Pinkvilla had stated that Shaheer and Ruchikaa are planning to get married in December in an intimate wedding ceremony. The source had revealed to the media portal that Shaheer and Ruchikaa already had an intimate promise ceremony at their residence with a few close friends in attendance.

The dating rumours of Shaheer and Ruchikaa had gone berserk on October 25, 2020, when Shaheer had posted a picture of his ‘girl’, Ruchikaa on his IG handle. There had been rumours of Shaheer dating Ruchikaa from some time and this post had come as an Insta-confirmation on the speculations. Shaheer had captioned Ruchikaa’s pictures as “Mommy there is something in the backyard… #ikigai #madMe #girlwithcurls.” On the second picture which he had posted of Ruchikaa, he had written, “Never mind it’s my girl...” atop it.

In an interview with The Times of India, Shaheer Sheikh had revealed his wedding plans and shared that when the time is right, he will spill the beans on his dating life. Shaheer had said, “The lockdown made me realise that I keep pushing this (marriage) every next two years, but you never know if you will see those years. But, right now, to start a family, I need a bigger apartment and I am working towards that. As far as dating is concerned, I will definitely spill the beans and let the world know when the time is right.” (Also Read: Neha Kakkar To Resume Work Post-Wedding With 'Indian Idol 12', Praises Supportive Partner Rohanpreet)

What do you think about Shaheer and Ruchikka’s latest picture? Let us know. 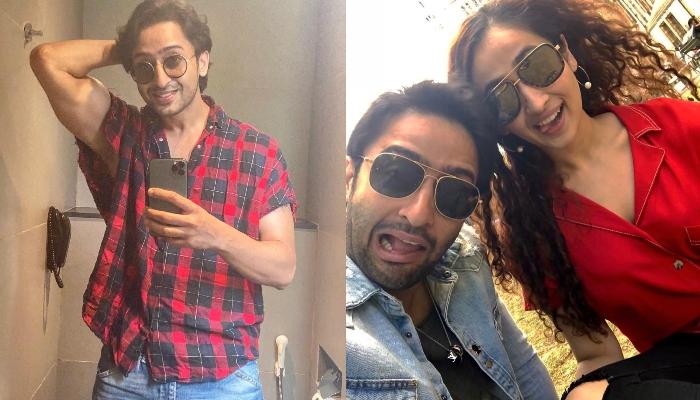 Every woman dreams of finding a man, who takes her to places and treats her like a princess and values her. The one with whom life becomes a paradise and the honeymoon period never ends. Talking about the honeymoon, the COVID-19 outbreak has put a brake on many newly-married couples' dream of