Now that Shaheer Sheikh and Ruchikaa Kapoor have returned to Mumbai after their honeymoon, they partied with their industry friends including Ekta Kapoor, Ridhi Dogra, Krystle D'souza and others.

“Don’t settle for a relationship that won’t let you be yourself.” - Oprah Winfrey. This couldn’t be truer as you can be happiest in a relationship only when you can be yourself in front of your partner. If there’s ever a need to pretend to be someone you are not, then my friend, you must get out of that relationship. When your partner accepts you for who you are, without changing you, that is the key to a happy relationship. Navya..Naye Dhadkan Naye Sawaal fame, Shaheer Sheikh found his soulmate in Ruchikaa Kapoor, who is the Creative Producer & Executive Vice President at Ekta Kapoor's Balaji Motion Pictures Ltd. (Also Read: Krystle D'Souza Gives Glimpse Of Her Happy Relationship When Asked To Post A Picture With Boyfriend)

Shaheer Sheikh and Ruchikaa Kapoor were spotted with each other on the sets of Judgementall Hai Kya and a year later, they had confirmed their relationship on social media, followed by an intimate wedding ceremony. In a picture circulating on social media from London, where Judgementall Hai Kya was shot, Shaheer and Ruchikaa had posed with the producer and close friend, Ekta Kapoor and leading actors, RajKummar Rao and Kangana Ranaut. Shaheer and Ruchikaa were seen standing with each other in the group picture. 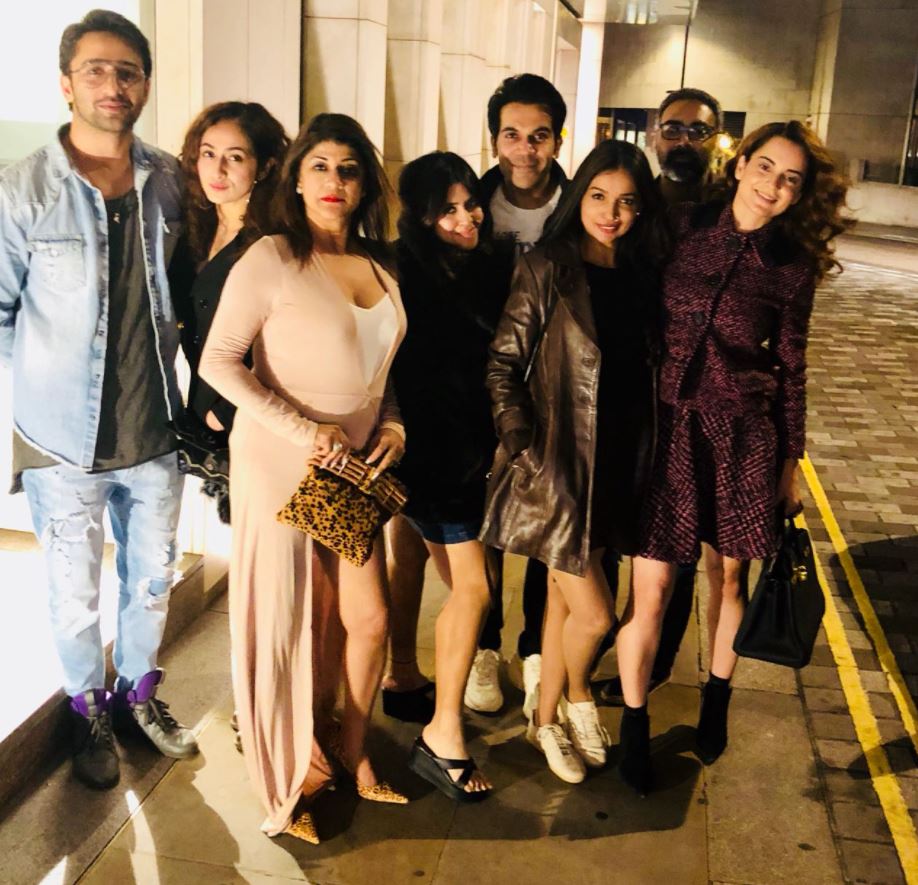 Now that it will be two months of Shaheer Sheikh and Ruchikaa Kapoor’s wedding on January 27, the couple has returned to Mumbai. Shaheer and Ruchikaa partied with their friends from the industry including Ekta Kapoor, Ridhi Dogra, Akkshay A Dogra, Krystle D’souza, Tanusri Dasgupta, Mushtaq Shiekh, Aparna Nadig and others. In the group pictures shared on social media, the newly-wedded couple, Shaheer and Ruchikaa were inseparable as they flashed ear-to-ear grin for the selfies. Ruchikaa posted a picture of their gang and wrote, “Our version of the bio bubble #weekend #gang #huddlehouse.” Mushtaq captioned his post as “Ringing in the new year 2021 with this super fun bunch. And when you also manage to click photos with so many people in a bath tub - you know the night was a memorable one. (P.S: all the efforts to prick ourselves and test for COVID were truly worth it).” 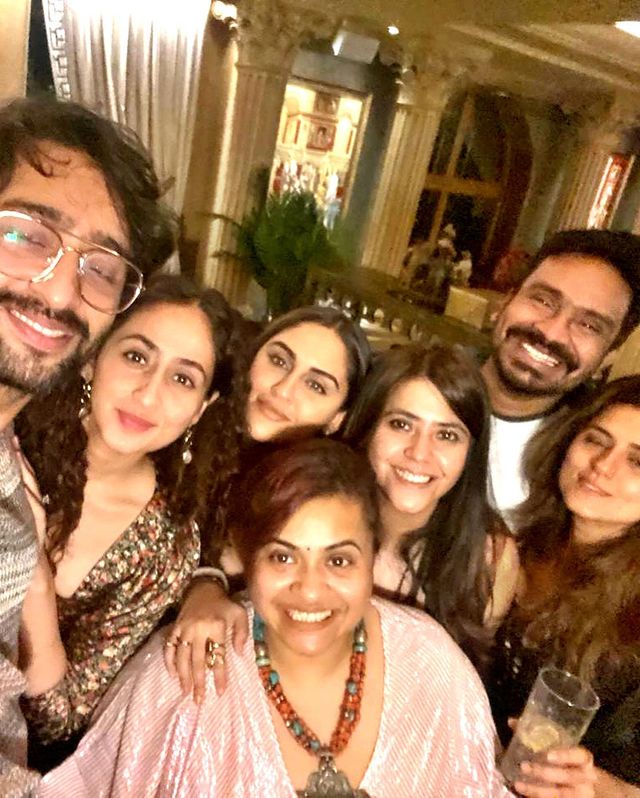 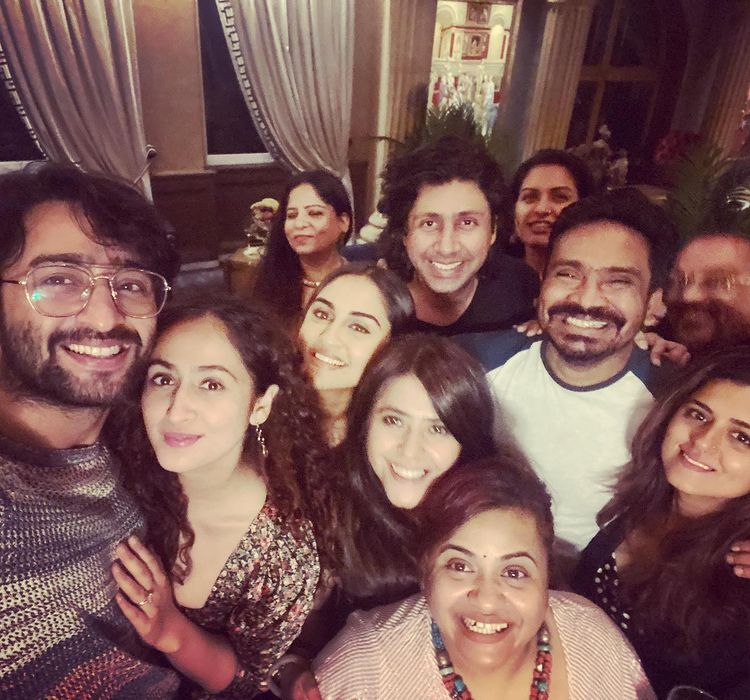 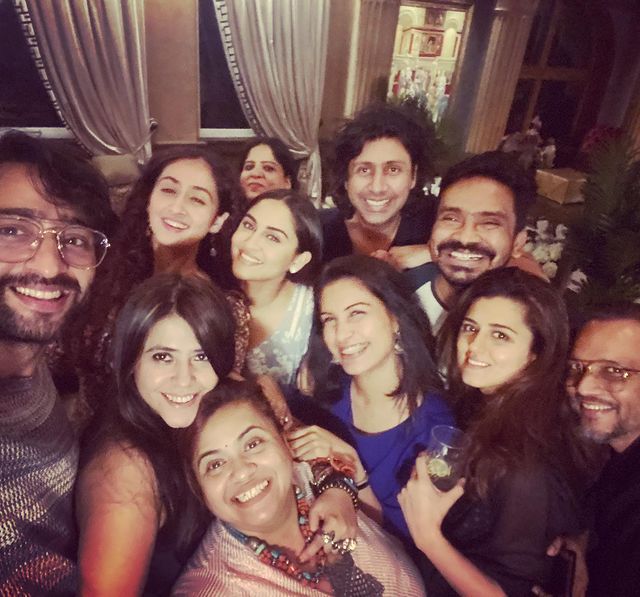 It was on November 27, 2020, when Shaheer Sheikh had broken the hearts of millions of girls as he had announced his marriage with his ladylove, Ruchikaa Kapoor. Shaheer and Ruchikaa had taken the plunge in an intimate court marriage and post registering their relationship, the newly-weds had headed off to Jammu for an intimate ceremony with his family members. To announce their wedding, Shaheer and Ruchikaa had posted pictures on their respective IG handles. While Shaheer had written, “Zindagi khatm bhi ho jaaye agar... Na kabhi khatm ho ulfat ka safar. #chaloDildarChalo #ikigai”, Ruchikaa had captioned her post as “Off on an adventure called Forever #HappilyEverAfter #ForeverPerson #Ikigai #theGirlwithcurls #MadMeNow.” (Also Read: Varun Dhawan Passionately Kisses His Girlfriend, Natasha Dalal In This Unseen Picture From A Party) Shaheer Sheikh and Ruchikaa Kapoor had given glimpses of their honeymoon in Bhutan and the newly-wedded couples gave major goals with their twinning pictures. Sharing a lost-in-the-view picture, wearing olive coloured jackets, Shaheer had written, “Thoda sabz, thoda aasmaan aur teri muskurahat.. #ikigai.” The next twinning picture was from Paro Taktsang Temple 'Tigers Nest', in which the husband and wife had sported denim jackets and Shaheer had captioned the post with hashtag, #ontopoftheworld. Reposting the same, Ruchikaa had written, “On Top of the World ...with my World #Forever #partner #CantLiveWithout #TheGirlwithCurls.” In the next one, Shaheer couldn’t stop staring at his wife as Ruchikaa was engrossed in a conversation with him. Shaheer captioned the post as “Oh yes I am crazy too.. #midConversation.” 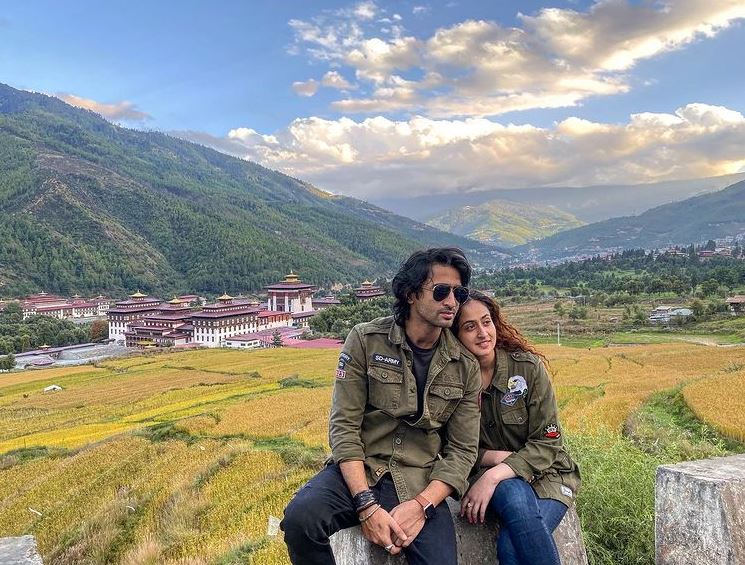 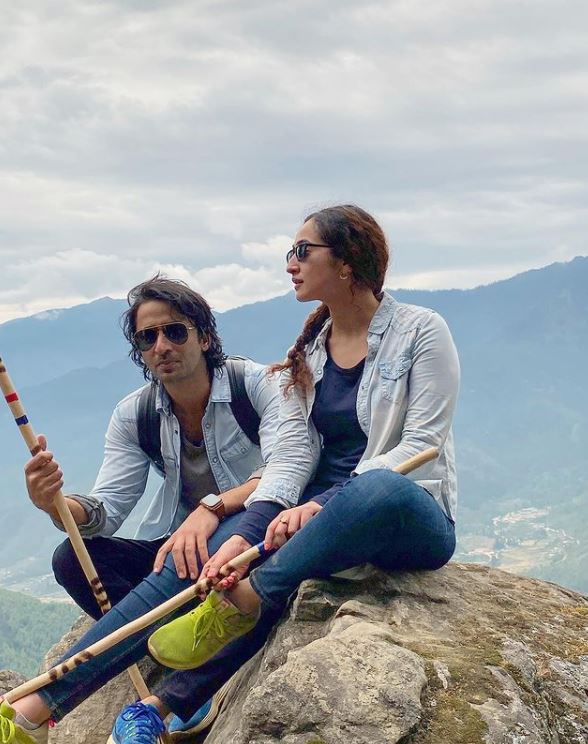 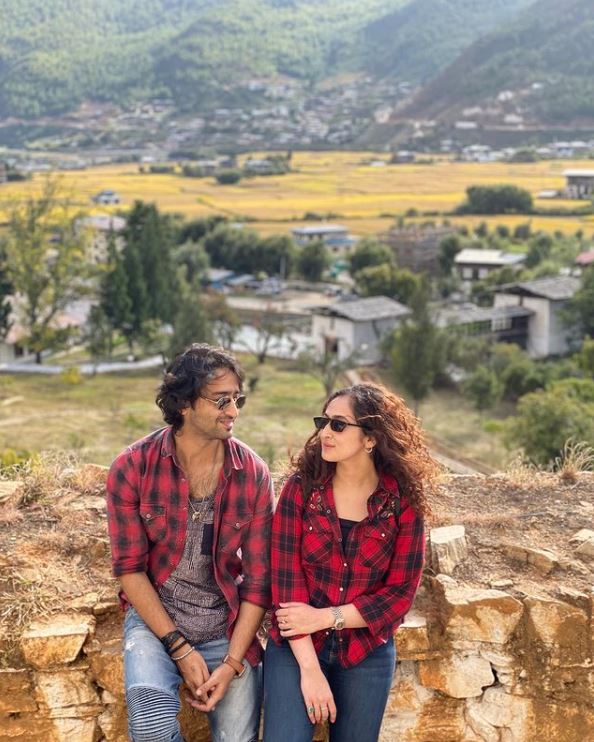 If you have noticed, Shaheer Sheikh uses the word ‘ikigai’ in his posts with his wife, Ruchikaa Kapoor. It is a Japanese word for ‘reason to live’, a way of confessing his love and commitment to his ladylove, Ruchikaa. To mark the last day of the previous year, Ruchikaa had summed up her 2020 in one picture. Sharing a picture with Shaheer, Ruchikaa had written, “Laughing in the face of adversity... Smiling inspite of tough days... & holding onto you... That’s my 2020 in one picture... My highpoint, my happiness, my Hero! @shaheernsheikh Happy New Year! #newyear #snowday #MadUs #Thegirlwithcurls #PappiNewYear.” (Also Read: Asin Thottumkal's Hubby, Rahul Sharma Wonders 'Kaise Mujhe Tum Mil Gayi' In An Unseen Wedding Photo) 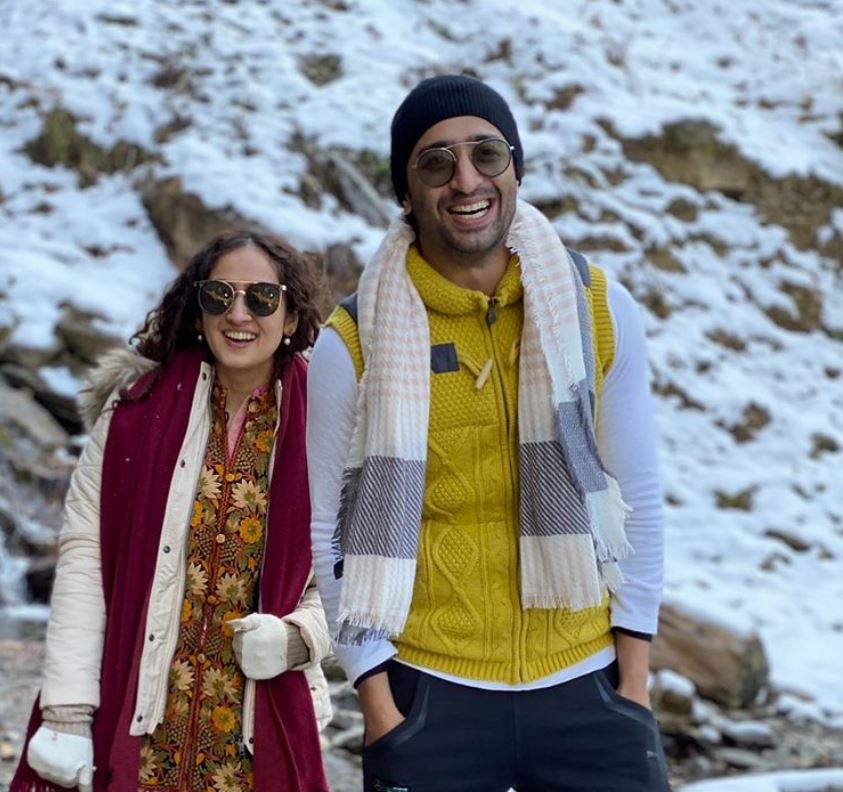 Shaheer and Ruchikaa in one frame is a sheer delight for their fans!