Shah Rukh Khan Reveals Son, Aryan Khan Once Hit A Kid Because She Called His Father 'Fat And Ugly'

Shah Rukh Khan Reveals Son, Aryan Khan Once Hit A Kid Because She Called His Father 'Fat And Ugly'

When Bollywood's King Khan, Shah Rukh Khan revealed that his son, Aryan Khan was the real reason behind his six-pack abs in his hit-film, 'Om Shanti Om'. Find out! The life-threatening virus, coronavirus has forced almost every country to have a complete shutdown. People are getting irritated in their homes, while animals are enjoying nature at its best without humans. While most of the industries are facing a massive slowdown, the entertainment industry is hitting new lows because of this lockdown. To pass this severely boring lockdown, and celebrities are doing their best to keep themselves active and their fans too. (Recommended Read: Lara Dutta Reveals That Motherhood Was The Reason Why She Took Sabbatical From Acting)

We have already seen a lot of celebrities digging deep into the memory lane to bring something interesting for their fans. Now, something similar is happening all over the internet as a throwback interview of Bollywood’s King Khan, Shah Rukh Khan on the show, Koffee With Karan is getting viral on the internet. The reason for this is the fact that Shah Rukh Khan has revealed in this interview that his son, Aryan Khan was the reason why he built six-pack abs in his film, Om Shanti Om. 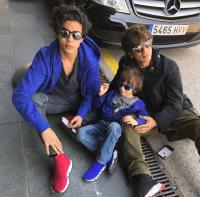 In 2007, Shah Rukh Khan made an appearance on his dear-friend, Karan Johar’s popular show, Koffee With Karan. On the show, Karan Johar asked the reason behind his chiselled physique and the six-pack abs in the film, Om Shanti Om. In a reply to which, Shah Rukh Khan revealed an interesting story about his son, Aryan Khan and how he has inspired him to get in shape in the best physique possible. The actor revealed, “My son feels I am fat. He beat up a girl. First, she called me an ‘a**hole’. He didn’t react. Then she said I looked ugly in Kaun Banega Crorepati but he didn’t react and controlled himself. Finally, when she said, ‘Your father is fat,’ he kicked her. I got angry with him and he said, ‘Papa, it’s not her fault. It’s you. Why are you fat? You are not ugly, I didn’t mind. You look handsome on KBC. You’re not an a**hole, I know. You’re a cool guy. But you are fat, papa.” (Don’t Miss: Ekta Kaul Reveals Habits Of Hubby, Sumeet That Reminds Her Of 'Mikesh' From 'Permanent Roommates')

Hilarious, isn’t it? Well, as we all know that the actor since then has maintained a quick check on his physique. And in 2014, Shah Rukh Khan had built eight-pack abs for his film, Happy New Year. However, the incident clearly shows that the bonding and friendship between the father-son duo are there right from the start. We have already seen glimpses of Shah Rukh Khan and his son, Aryan Khan giving major father-son goals to everyone through their respective social media handles. Nevertheless, time and time again Shah Rukh Khan has proved that he’s a doting father as he’s quite concerned about the future of his children too. 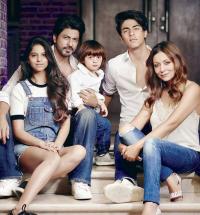 In an interview with India Today, when Shah Rukh Khan was asked about his son, Aryan Khan’s debut in Bollywood or how he’s going to help his son in what he wants to achieve in life? The superstar had explained that he doesn’t want his kids to replicate what their father has done and wants them to bring something new in the industry if one day they want to be a part of this industry. He had stated, “As actors and filmmakers, my kids, in case they wish to come in, they have to bring something new. They must bring in something new and if I impose myself, they won’t be able to. He wants to be a filmmaker. We are friends, so I told him to learn whichever aspects of film he can go and learn. The other day I met (famed cinematographer) Ravi Varman, I told him to go and learn camera with him. He has been doing that.” (Also Read: Ridhi Dogra Opens Up On Her Cordial Relation With Ex-Husband, Raqesh Bapat After Announcing Divorce) 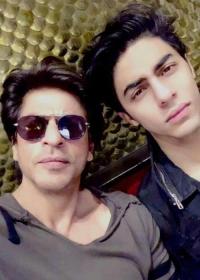 Do you want to see Aryan Khan in Bollywood as an actor? Share your views with us! 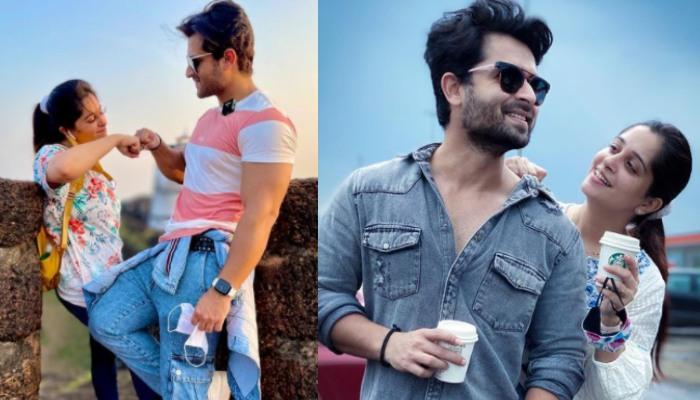