The King Khan of Bollywood, Shah Rukh Khan rules many hearts, but it is only Gauri Khan, who is the undisputed queen of his heart. Check out to know why SRK is the best husband!

'Rahul naam toh suna hi hoga?' There are a high number of chances that you might not know any Rahul in your life, but you definitely must be knowing the name, Shah Rukh Khan. The superstar is not just any other name, he is the ruler of millions of hearts across the world. He has a proud fan following, who calls themselves 'SRKains'. After all, the dimpled man had given all the spices of love to the audiences. He made us believe in love and that 'pyaar dosti hai'. (Recommend Read: Aly Goni Shares Cute Video Of His Alleged GF, Jasmin Bhasin In His Jacket At Bigg Boss 14's House)

We still remember his famous dialogue, ‘hum ek baar jeete hai, ek baar marte hai, shaadi bhi ek baar hoti hai or pyaar bhi ek baar hi hota hai’. In the '90s every girl's heart used to beat for Shah Rukh Khan, but his heart was ruled by one and only, Gauri Khan, whom he had met at a young age and had fallen head over heels in love with her. 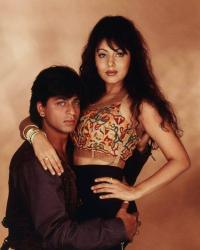 In the modern world, you have to make your relationship Insta-official or else something is fishy in your life, but Shah Rukh proved that there is no need for sharing all your happy moments with the public. Recently, the actor had celebrated his 29th wedding anniversary, but he had not shared any pictures from their celebrations, which made his fans curious. On October 27, 2020, when Shah Rukh hosted an 'AskSRK' session, one of his fans grabbed the opportunity and asked him, "29yearsof SRK-Gauri.. kya gift diya @gaurikhan mam ko ??" To this, Shah Rukh replied, "What gift can I give to the biggest gift in my life?" Aww, he is definitely the best husband!

Recently, in an interview with NDTV, Gauri had opened up on her hubby, Shah Rukh's other side, which she had witnessed in the lockdown. The star wife had revealed that he was the one, who used to cook food for the entire family in the lockdown. She had said, "During this lockdown, we were initially scared to even order any food from outside. So 'ghar ka khana' is made by Shah Rukh himself and we are enjoying it. He loves cooking and I enjoy eating." (Also Read: Raveena Tandon Shares Glimpses Of Her Birthday Celebration With Hubby, Anil Thadani In Dalhousie) 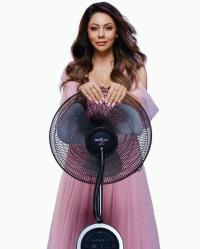 In the same interview, Gauri had also talked about Shah Rukh Khan's journey so far, and had said, "When I moved to Bombay I was only 21 and there were no plans. I was just going with the flow and fortunately the flow was beautiful. And no looking back and no regrets. Frankly I did not realise even after his films released, even after he gave those blockbusters. Took a long, long time for it to sink in that he has arrived. And it was very organic, gradual. It wasn't like I woke up one fine day in this place and said 'Wow, he has arrived'. It wasn't like that. It was his struggle...we went through ups and downs. He has accomplished so much and done so well for himself.. all of us are enjoying his hard work today." 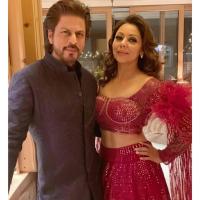 Earlier, in an interview with DNA, Shah Rukh had gotten candid about his wife, Gauri, and had shared, "Moving to Mumbai was a radical change for us. Not only for her, for me too. Not for any other reason but because we were uprooted from the city that we were born and brought up in and suddenly put into a new world — that was so different from anything real. I think Gauri and I, both, dealt with it. There were days where I would be explaining to her things that I didn't understand. There were days when she would stand by me and say, 'Okay, this is how it's gonna be. Let's make the best of it.'" (Don't Miss: When Riteish Deshmukh Broke-Up With Then-GF Genelia D'souza Over A Text, Her Reaction Was Unexpected)