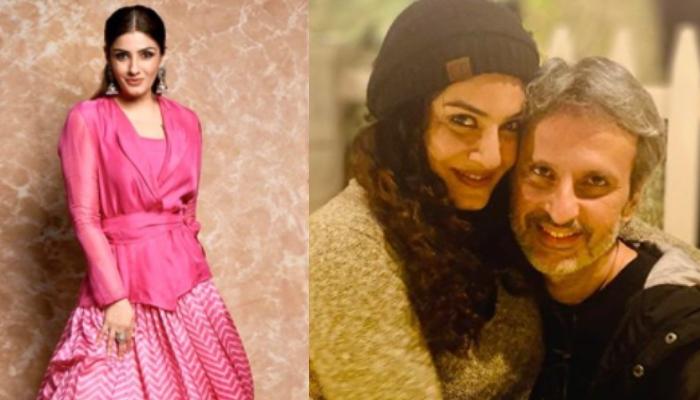 In the 90s when the Shehar Ki Ladki, Raveena Tandon was ruling the Bollywood industry, she had made sure to make everyone go gaga over her thumkas. A mere mention of the song, Tip Tip Barsa Paani from the film, Mohra takes us to the gorgeous yellow chiffon saree-clad Raveena dancing her heart out, drenched in the rain. Her beauty and sensuality had put fire on-screen and was one of the most sought-after actresses of the 90s. (Also Read: Mandira Bedi Reveals Where They Found Their Daughter, Tara And The Bond She Shares With Brother, Vir)

Daughter of director, Ravi Tandon, Raveena had made her acting debut in 1991 with the film, Patthar Ke Phool. After which, she had starred in top-grossing movies like Dilwale, Mohra, Laadla, Andaz Apna Apna and was counted among one of the top actresses of the 90s. Raveena had met her Dulhe Raja, Anil Thadani during a business meeting. After a courtship of a few months, Anil had proposed Raveena and the two had gotten engaged in a low-key ceremony. On February 22, 2004, Raveena and Anil had tied the knot in traditional Punjabi and Sindhi style weddings and had begun their happily ever after. 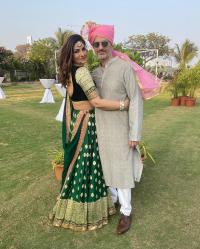 On October 26, 2020, Raveena Tandon turned 46 celebrated her birthday with family and friends in Dalhousie. The gorgeousness took to her IG handle and shared glimpses of her birthday celebrations. She shared a boomerang with husband, Anil Thadani, who travelled to Dalhousie to be with her on her special day. Along with the boomerang, Raveena wrote, “Guess who landed up for dinner 1,938,1 km away! It’s a dinner for 2! #Dalhousie #bestgiftever.” She also shared pictures and videos of her cake cutting along with her team.

The gorgeousness also thanked her fans by posting solo pictures of herself and wrote, “And another year gone by... Thank you all for your wonderful wishes and love! I feel blessed, am the luckiest in the world, thank you my family, my friends like family, my Twitter family, my insta family, my Facebook family, my friends from all over the world! I’m overwhelmed by the love! Thank you universe.” (Also Read: Arpita Khan Sharma Welcomes Aayush Sharma To The Thirties Club With An Adorable Birthday Wish) 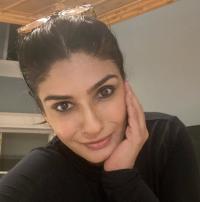 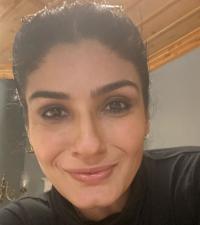 On October 3, 2020, Raveena’s hubby, Anil Thadani had turned a year older, and the beautiful wife had shared a lovely wish for him. She had taken to her IG handle and had shared throwback pictures with Anil and had written, “Happy Birthday Husband! Here’s wishing you many more glorious, happy, successful, wonderful years ahead! Thank you for loving me whole, impulsiveness, dramaqueeness, madness, kids, dogs and cat! Couldn’t have asked for more! #bornforme.” 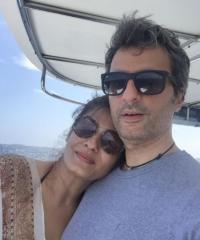 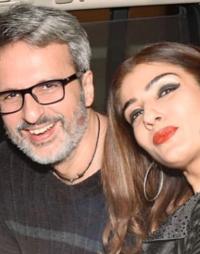 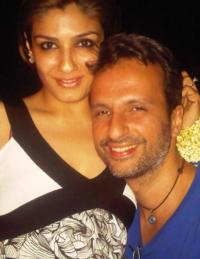 In an interview with the Filmfare Magazine, Anil Thadani had revealed how destiny had bought them together. He had stated, “Raveena was producing her film Stumped. And I was releasing the film for her. At that point, I dealt only with her partners. It was only after the release that we met and got to know each other personally. We knew each other socially; we were business acquaintances, so the question of love, at first sight, didn’t arise. But one thing led to another and quickly. So it didn’t take me long to propose to her. I guess when things are meant to be, they work out. If you realise our courtship period didn’t last longer than five-six months. We were engaged for two months and then we got married. I never wanted a big wedding. I thought she would prefer a grand one but surprisingly she was on the same page. I think we’re similar in many ways. (Laughs) But there are natural differences of course." (Also Read: Dipika Kakar Ibrahim Has A Hilarious Response To The Relatable Meme Shared By 'Nanad', Saba Ibrahim) 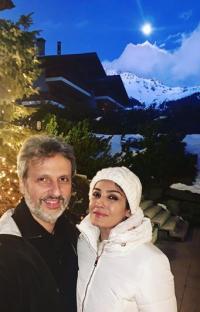 One of the most popular Bollywood actresses and the one, who had taken the industry by storm in the 90s, Raveena Tandon had broken millions of hearts when she had gotten married. The lucky guy was none other than the famous film distributor, Anil Thadani. The beautiful couple, Raveena and