As we all know, Shah Rukh Khan's daughter, Suhana is prepping herself for a debut in Bollywood, though there is no news about the same, there is a cute video of Suhana Khan that is going viral. Watch!

The ‘King of Romance’ and ‘Badshah of Bollywood’, Shah Rukh Khan has always proved his mettle with some cult movies and A-class performances. Not just he is a great actor, but also is a proud father to his three musketeers, Aryan Khan, Suhana Khan and AbRam Khan. The actor has always been vocal about his love for his little ones and how he manages to spend time with his kids and be there for them on every important occasion of their life. We all know that SRK’s little princess is gearing herself for a big break in Bollywood as she is clearly fond of the craft. While SRK’s sons, Aryan and Abram have made their debuts in Kabhie Khushi Kabhie Ghum and Happy New Year respectively, we are waiting for Suhana to mark her everlasting debut. (Also Read: Irrfan Khan's Wife, Sutapa Sikdar Releases An Official Statement, Says, 'He Has Spoiled Me For Life')

Often social media is flooded with, Suhana Khan’s videos and pictures, a few of which are about her acting. It was in the year 2017, when Suhana’s school drama videos had gone viral, where she had portrayed the character of Cinderella, and then on November 18, 2019, Suhana had made her acting debut with her short film, The Grey Part of Blue. Since then, SRK and Suhana’s fans have been waiting for her big debut in Bollywood. However, as of now, there is no news about the same, but there is a cute video of Suhana Khan that is going viral on social media. 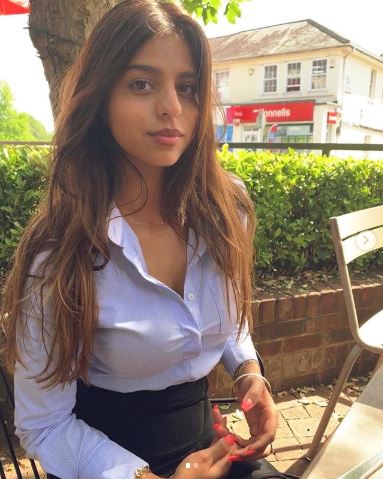 Suhana holds a huge fan base on Instagram just like her dad and has many fan clubs under her name. Recently, a fan page took to their Instagram handle and shared a cute video of Suhana where we can see her grooving and singing the song, Beautiful by Eminem. Suhana can be seen wearing a nude colour, full sleeves t-shirt with her hair partly tied. Posting the video, the fan page wrote, “Fun Mode #SuhanaKhan.” Take a look.

On 10 August 2019, in an interview with the India Today, Shah Rukh had opened up on his kid's Bollywood debut and had said, "I should not impose my ideas on them because mine are so set. Mine has now been almost fully cultivated. I am here to give my yeoman service to the Indian film industry with my cultivated amazing talent. Why just duplicate it to them? Let them learn something." He had further added, "As actors and filmmakers, my kids, in case they wish to come in, they have to bring something new. They can’t live off the stuff their father has managed to do. It’s important they bring in something new and if I impose myself, they won’t be able to." (Also Read: Sameera Reddy Shares How Her Toddlers, Hans And Nyra Hug Each Other Lovingly) As Suhana has always shown her interest in acting and is working hard to hone her skills, SRK had talked about his daughter's dream and had said, "Suhana wants to act. She is right now at the French festival in Edinburgh. She is doing theatre, she has a coloured face and is doing some mime. It’s good fun." 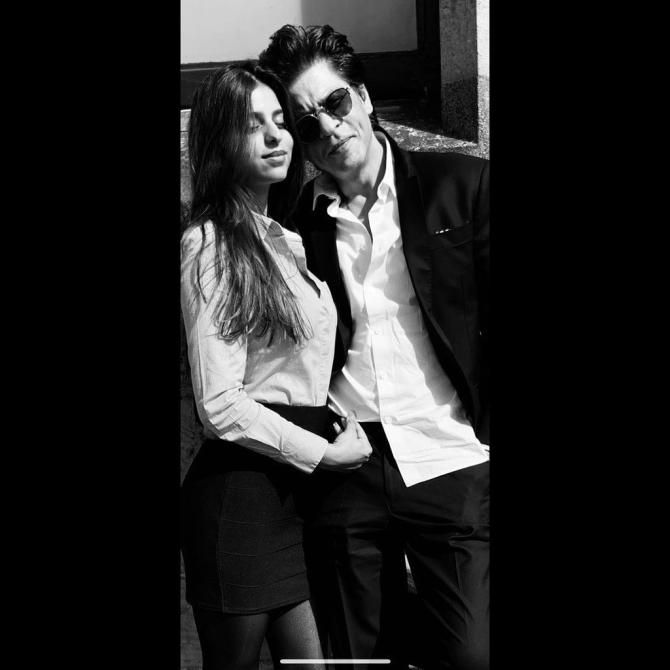 Earlier in a conversation with Hindustan Times, Shah Rukh had talked about how his children will have to finish their studies before joining the film industry. “Aryan is studying to be a filmmaker and a writer, while Suhana wants to be an actor. But even if he wants to be a filmmaker, he needs to study for another five to six years and not just the literal form of studying.” (Don't Miss: After Irrfan Khan And Rishi Kapoor's Demise, Naseeruddin Shah's Son, Vivaan Talks About Dad's Health)