Late actor, Irrfan Khan’s wife, Sutapa Sikdar has released a strong official statement for late actor’s fans, talking about the loss, the grudges and the fight with cancer. Scroll down to read! 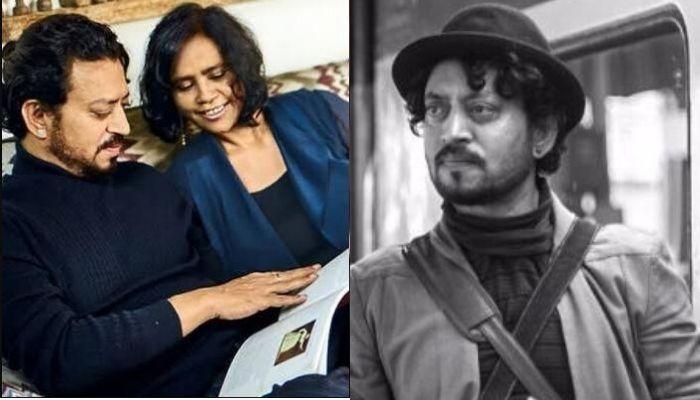 Some losses feel so personal that they leave a void in everyone’s life even when the person gone was not someone you knew. April 29, 2020, was one such day when the nation had felt the pain of losing someone close and special. The day marked the death of actor par excellence, Irrfan Khan, and the entire nation was sobbing over the loss. It took long for people to understand and accept the fact that a human being like Irrfan is no more with us to bless us with his great art and greatest personality. (Also Read: Amitabh Bachchan Pens A Heartfelt Blog For His Late BFF, Rishi Kapoor, 'It Was Always See You Soon')

Irrfan Khan left for his final voyage after battling with cancer and colon infection, leaving the entire nation is in shock and dismal. At the mere age of 53, the actor left his wife, Sutapa and sons, Babil Khan and Ayaan Khan for survival. While our heart goes out to the family, Irrfan’s wife, Sutapa has released a strong official statement for late actor’s fans. In her statement, she mentioned about how the world is taking it as a personal loss, the only grudge she holds against her late husband, and the 2-and-a-half-year long battle that Irrfan and his family had fought.

The statement began with, “How can I begin to feel alone when millions are grieving with us at the moment? I want to assure everyone that this is not a loss, it is a gain. It’s a gain of the things he taught us, and now we shall finally begin to truly implement it and evolve. Yet I want to try to fill in the things that people don’t already know.  It’s unbelievable for us but I would put it in Irrfan’s words, “It’s magical” whether he is there or not there, and that’s what he loved, he never loved one-dimensional reality. The only thing I have a grudge against him is; he has spoiled me for life. His strive for perfection doesn’t let me settle for ordinary in anything. There was a rhythm which he always saw in everything, even in cacophony and chaos, so I have learnt to sing and dance to the music of that rhythm, even with my tone-deaf voice and two left feet.”

The statement also mentions about Irrfan’s fight with ‘uninvited guest’ cancer. It can be read as “Funnily, our life was a masterclass in acting, so when the dramatic entry of the “uninvited guests” happened, I had by then learnt, to see a harmony in the cacophony. The doctor’s reports were like scripts which I wanted to perfect, so I never miss any detail that he sought for in his performance. We met some amazing people in this journey and the list is endless, but there are some whom I have to mention, our oncologist Dr. Nitesh Rohtogi (Max hospital Saket) who held our hand in the beginning, Dr. Dan Krell (UK), Dr. Shidravi (UK), my heartbeat and my lantern in the dark Dr. Sevanti Limaye (Kokilaben hospital).” (Recommended Read: After Irrfan Khan And Rishi Kapoor's Demise, Naseeruddin Shah's Son, Vivaan Talks About Dad's Health)

The statement further talks about their 35 years of marriage and how the family is going to follow the direction and guidance Irrfan had taught them. It reads, “It’s difficult to explain what a wondrous, beautiful, overwhelming, painful and exciting this journey has been. I find this 2 and 1/2 years to have been an interlude, which had its own beginning, middle and culmination with Irrfan helming the role of the orchestra conductor, separate from the 35 years of our companionship, ours was not a marriage, it was a union. I see my little family, in a boat, with both my sons Babil and Ayaan, paddling it forward, with Irrfan guiding them “wahan nahi, yahan se modo” but since life is not cinema and there are no retakes, I sincerely wish my children sail this boat safely with their father’s guidance in mind and rockabye through the storm.”

The statement also includes Irrfan’s son, Babil and Ayaan’s learning. “I asked my children, if possible, they could sum up a lesson taught by their father that has been important to them; Babil: ‘Learn to surrender to the dance of uncertainty and trust your faith in the universe’. Ayaan: ‘Learn to control your mind and to not let it control you’.”

She concluded the statement as “Tears will flow as we will plant a raat ki rani tree, his favourite, to the place where you have put him to rest after a victorious journey. It takes time but it will bloom and the fragrance will spread and touch all the souls whom I won’t call them fans but family for years to come.” (Don't Miss: Rishi Kapoor's Son-In-Law, Bharat Pens Eulogy For Him, Riddhima Drives To Mumbai To Be With Family) 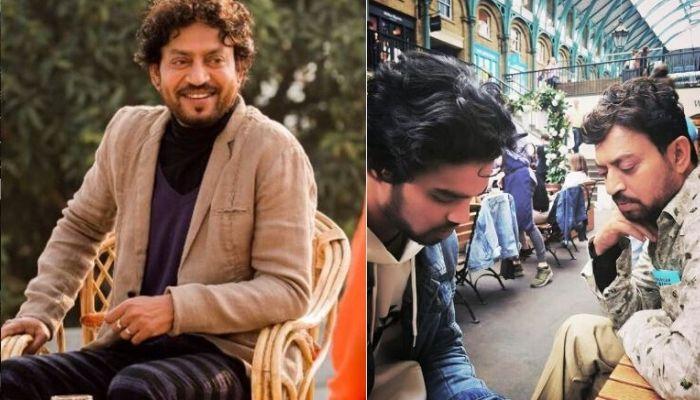 When a person dies, a part of every person related to them dies. There are millions of memories that make it hard for the family members to fill in the vacuum and void, and crying is not enough to suffix for the pain your heart feels. You crave their touch,