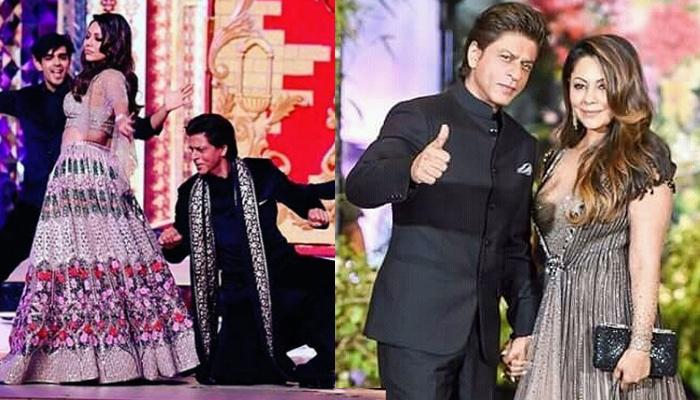 Ever heard of the term ‘couple goals’? Shah Rukh Khan and Gauri Khan are almost synonymous to this term. You name a quality that a husband and wife should possess in order to make their relationship work beautifully and this couple can show us how! From taking out time for each other amidst their busy schedules, praising each other in public, bringing up kids together and constantly being in awe of each other, this sums up one of the Bollywood’s most successful and loved couples, Shah Rukh Khan and Gauri Khan! (Do Read: Everything That Happened Inside Kapil Sharma And Ginni Chatrath's Big Fat Punjabi Wedding)

Of late the busy couple has been able to spend quite some time with each other. Wonder how? All thanks to a couple of Bollywood weddings happening, specifically Isha Ambani and Anand Piramal’s wedding bash. The couple was in Udaipur for Isha and Anand’s pre-wedding bash and we got to see Shah Rukh and Gauri in a whole new avatar! Gauri has totally overshadowed Shah Rukh when it came to her phenomenal dance performance and we only gaped in wonderment as to how wonderful they both looked while dancing together. Here’s the video in case you missed:

Ever since that video came out, it went viral on the internet in no time! In an interview with Mumbai Mirror, King Khan revealed that he broke a ‘ritual’ for the first time for his performance with his wife. He revealed, “My wife trained with Shaimak Davar and his young dancers were with us that evening too. She was dancing on stage after 10-20 years, it was very sweet of her. I don’t rehearse with my heroines, but this time I practiced my steps backstage. (Laughs) With the wife you have to, especially if she is a trained dancer.” Whoa! 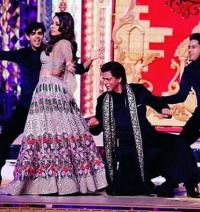 Celebrity and trolling almost goes hand-in-hand these days. Even for dancing with his wife, Gauri, SRK became a victim of trolls. Speaking about it in the same interview, SRK was quoted as saying, “I do what I feel like doing and it's made me the person I am. I have never worked for an image. If someone does something mischievous and others are stupid enough to believe this is the asli song, God bless them." He also added, “We're in the nascent stage of social media and there are many who don't know that such things can be done. There's a need for video literacy not just in India but in the US too." (Also Read: Priyanka Chopra Looks Sombre While Dropping Off Husband Nick Jonas At The Airport, Pictures Inside) 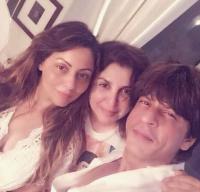 Also, the Zero actor does feel bad about all the trolling but he restricts himself upon reacting on the same. He was quoted as saying, “You can feel bad about it, but you have to accept that social media is a virtual social reality. What I don't get is people trying to be socially relevant by saying you shouldn't say this or that. You have to retain your sense of humour and not take such criticism too seriously." He further added “In the end, it's each to their own. If someone gets a kick out of doing this, you have to live with it. I'm not going to reply to a message on it or clarify because I know which song I danced to. And my knowledge is more important than someone else's take." 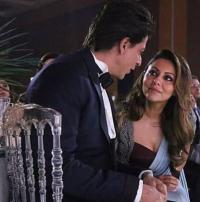 Coming back to Gauri and SRK’s relationship, do you know that the now star couple had to face multitudes of hurdles before becoming one another’s? He was quoted as saying, “Yes, my parents were obviously not for it because we were so young and then, to take a decision to get married to a person who was going to join films and also from a different religion.” Anyway, Shah Rukh and Gauri have been giving some serious marital goals in all these years. In fact, recently, Gauri shared how Shah Rukh has been amazingly supportive of her. Talking about the same, Gauri told Hindustan Times, “I must say that he’s been a great support. Shah Rukh is very talented with design and he is extremely creative. In fact, I discuss work with him off and on, and our conversations are always fruitful.” 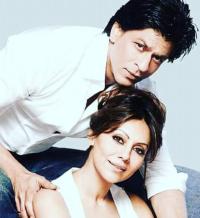 As all of you already know, Gauri is a renowned interior designer. Have you ever wondered if she has ever designed the sets of her hubby’s films? SRK has a terrific response to that as in an interview Bollywood’s Baadshah stated, “We make really small films. We can’t afford to get her on board for our films.” Meanwhile, Gauri too had commented and shared, “Right now, I am very busy. My hands are full and whenever I will have time then, 100 per cent I will do it.” (Checkout! Kunal Jaisingh And Bharati Kumar's Pre-Wedding Cocktail Party, Pics And Videos Inside) 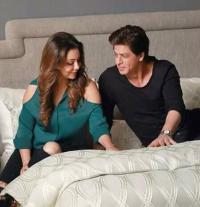 The couple also has an unsaid rule when it comes to gifting each other. Gauri revealed, “He gives me gifts that I happily accept, but I never gift him anything in return and that is the rule”. Earlier on Karan Johar’s chat show, Koffee with Karan, Gauri had shared, “If he is bad in a film, I don’t need to praise him. He needs to accept that, I am an audience. He needs to deal with it. Shakti was his worst performance in a long time. I respect him for his profession, he is King Khan and gets great write-ups, but he doesn’t hear from other people, and I should tell him because no one else tells him.” 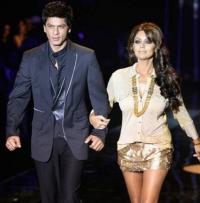 Totally fair, Gauri! You and Shah Rukh together are simply the best! Isn’t it folks?