A video of Shah Rukh Khan has gone viral on social media wherein we can see the well-suited man making his way to the wedding of his hairstylist, Raaj Gupta’s sister. 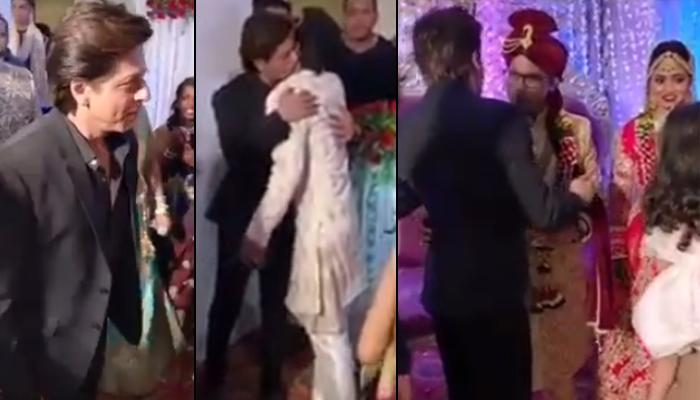 Despite the fame and love that Shah Rukh Khan has received for his hard work and accomplishments, he has been one of the most down to earth persons in the film industry. There are hundreds of things that we admire about Shah Rukh, especially how easily he can make us fall in love with him every time we see him. As Raj, Rahul and his other characters, SRK made us believe in true love, ‘happily ever afters’ and picture-perfect romances. (Also Read: Ananya Panday Reacts To Link-Up Rumours With Crush-Turned-Co-Star Kartik Aaryan, Says 'I Am Happy')

Time and again Shah Rukh Khan has proved that he is not only a heartthrob on the silver screen but also a hero in real life too. From helping out cancer patients to acid attack victims, this silent charity maker has reached out his hand to people from all walks of life. He truly is the king and a role model for many. While we share what Shah Rukh had said about his charity work and silent good deeds in the interviews earlier, here’s an update about King Khan which has surely left a mark in the heart of his fans.

A video of Shah Rukh Khan has gone viral on social media wherein we can see the well-suited man making his way to the wedding of his hairstylist, Raaj Gupta’s sister. And without a second thought, the guests were floored by his sweet gesture as he went on the stage to bless the bride and groom before they embark their journey of togetherness. Shah Rukh gave them a hug and congratulated them on their wedding. SRK looked dapper in a black suit and the internet went crazy over his generosity for attending the wedding. Here’s the video that went viral and some screenshots of the comments:

Coming back to Shah Rukh Khan’s interviews about why he doesn’t like talking about the good deeds that he does, the Baadshah of Bollywood had once stated to CNN, “I’ve seen the worst. My father was dying and we couldn’t afford the expensive injections. My aunt used to send them from London. But if the course was of 20 injections, we managed only eight. So I’ll never know whether he died because we didn’t have the money or he died because he had to. I don’t like talking about it [charity].” (Also Read: Sonam Kapoor Clarifies Her Take On Katrina Kaif Showing Concern Over Janhvi Kapoor's 'Short Shorts')

Shah Rukh Khan had further added, “A lot of people and my friends always tell me I should do photographs and stuff when I meet some people. But I don’t believe in it. It is a true thing that if I believe in a cause, I should do it silently and not use my persona as an actor to advocate that.” In another interview with The Guardian, Shah Rukh had stated, “I follow Quran which says if you do charity for a reason, it's not a charity.”

Sometime back, an ex-employee of Shah Rukh Khan had anonymously answered to one of the questions about him on Quora which had stated some unknown facts about King Khan and how he is in real life. When a Quora user had asked on this American question-and-answer platform about what Shah Rukh Khan is like off-screen and in his private life, the ex-employee had said about his gentlemanliness, “He’s a superstar of the highest order and this is the 21st century, but he would still always open the door for an average female employee like me, and let me pass first.”

Speaking about how Shah Rukh Khan loves all his fans equally, the ex-employee had stated, “Every morning when he leaves in his car, he knows a few fans will be waiting outside the gates. But he never pulls up the blinds to hide away from them. He makes sure to smile and wave back.” SRK has a department dedicated to charitable work, “This small department handles all his charitable work and makes sure there is no delay or problem while providing any goods or payments promised under SRK’s name. They also frequently comb through his Twitter mentions to check for anyone reaching out for help. Also, this team doesn’t have a PR/MR manager and thus their activities are hardly ever revealed to the media.” (Also Read: Amitabh Bachchan Reveals Story Behind His 'Next Day' Wedding With Jaya Bhaduri On 46th Anniversary)

Well, Shah Rukh Khan truly is a man with a golden heart and with his such sweet gestures, he makes us love him even more! 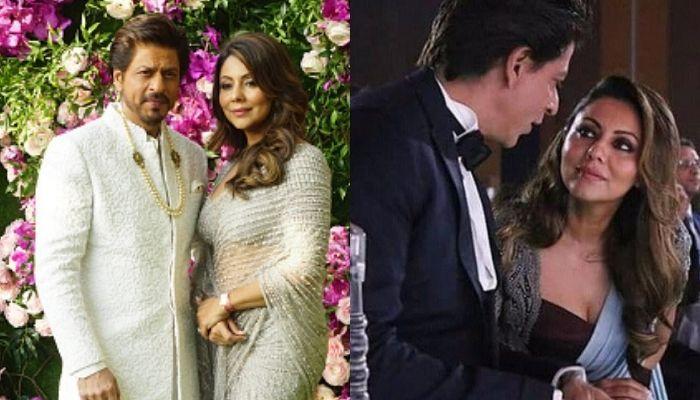