In the Hindi dubbed version of the classic, 'The Lion King', father-son duo, Shah Rukh Khan and Aryan Khan are lending their voices for the on-screen father-son duo, Mufasa and Simba. 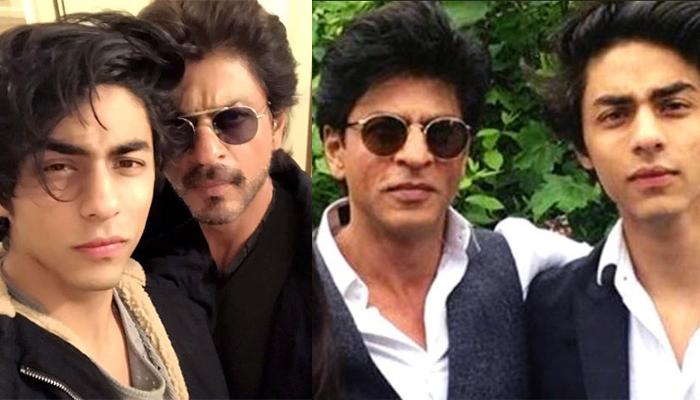 Ask any Hollywood (or rather film) buff as to what happened in 1994 and he/she will tell you that movies were never the same again. After all, four of the greatest movies in the world ever made was released in this year (The Shawshank Redemption, Pulp Fiction, Forrest Gump and The Lion King). The last one was a delight on another level and it still is, and the Walt Disney classic is coming back with its remake this year! If your childhood was spent without watching The Lion King, we feel really sad for you. And Indian children and fans are more than excited for its release on July 19, 2019. (Suggested Read: Shahid Kapoor Reveals That His Fights With Wife Mira Rajput Kapoor Last Upto 15 Days, It Bothers Him)

If you are an Indian living in any part of the world, apart from childhood nostalgia, there is another reason for you to be excited about The Lion King. Guessing what? Well, in its Hindi dubbed version, father-son duo, Shah Rukh Khan and Aryan Khan are lending their voices for the on-screen father-son duo, Mufasa and Simba. We can sense smile and cheer in the background! 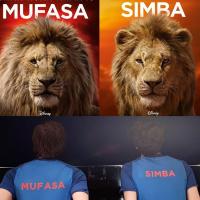 Shah Rukh Khan confirmed the same to a media portal and added that it's a wonderful professional moment for him and his son. Shah Rukh Khan was quoted as saying, "Voicing the father-son duo of Mufasa and Simba has been such a wonderful personal and professional moment for Aryan and me. It will be really special to watch this movie with our little one, AbRam (Shah Rukh’s youngest son), as he is a big fan of the film. And watching his big brother and father voice the characters in this live-action version is surely going to make it a memorable experience." 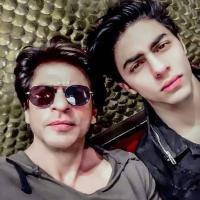 Shah Rukh Khan, in another media interaction, shared that being a part of the iconic film with his son, Aryan Khan is making the whole experience extra special for him. He told the reporters, "The Lion King is that one movie that my entire family loves the most and it holds a very special place in our hearts. As a father, I can totally relate with Mufasa and the endearing relationship he shares with his son - Simba. The legacy of Lion King is timeless, and being a part of this iconic re-imagining with my son Aryan makes it extra special for me. We are most excited that AbRam is going to watch this." 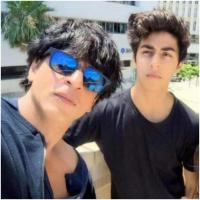 Shah Rukh Khan also shared the news yesterday on his Instagram handle juxtaposing his feelings with the India VS Pakistan match. Sharing an animated photo of himself and Aryan Khan with Indian cricket jerseys with words, Mufasa and Simba written on them, Shah Rukh captioned it as, "Ready for the match with the spirit of #FathersDay. Go India Go!!" (You May Like: Taimur Ali Khan Cheered For India After Win Against Pakistan, Papa Saif Cheered In The Stadium)

Shah Rukh Khan has always been candid and outspoken about his children. Once, while talking about his equation and relationship with, Aryan Khan, Shah Rukh Khan had revealed, "I'm a really cool father. When I am with Aryan sometimes, we just lay down in our shorts without our shirts and we crack some dirty jokes. He gets really excited telling me about gaalis he's learnt. I'm from Delhi and I've also been that age and my vocabulary of Hindi gaalis is fantastic (smiles). So when he tells me one, I tell him that I'll teach him another version of it. So that's cool. We talk about getting into trouble, picking up fights, how to beat up the other guy or answer back when a guy messes with you." 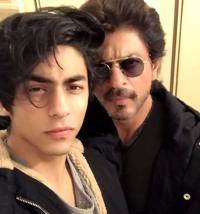 Shah Rukh Khan had also added that he is not a protective father at all. He had said to an online tabloid, "No, I am not protective at all. I may talk or behave like that. You feel like protecting them, but you can't lead their lives for them, right?" (You May Like: Sushmita Sen's 'Ulu Dhwani' While Brother Rajeev Sen Put Sindoor On Charu Sen's 'Maang' Is Priceless) 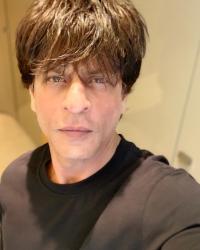 Are you guys excited to watch the Hindi dubbed version of The Lion King now that SRK and Aryan are lending their voices in the movie? Drop your comments!