Shah Rukh Khan And AbRam Khan's New Pic Is Winning Hearts All Over, He Treats Him Like An Adult

Shah Rukh Khan And AbRam Khan's New Pic Is Winning Hearts All Over, He Treats Him Like An Adult 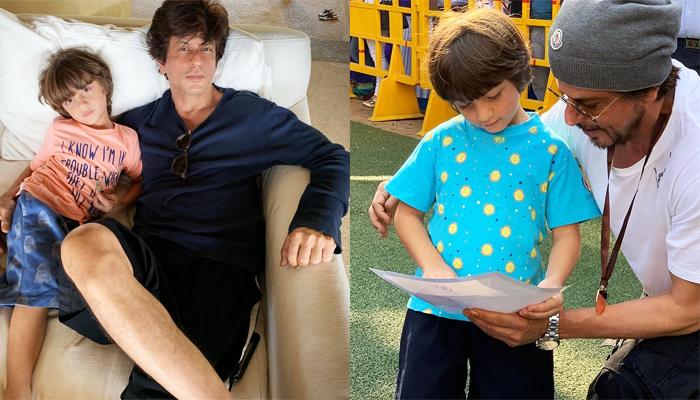 A father-son relationship is the purest form of relationship that there is, and the tinsel town boasts of such father-son duos. One such father-son duo is Shah Rukh Khan and AbRam Khan who always raise the bar of such relationships. And also, thanks to the reputed photographer, Avinash Gowariker that we now have got our hands on one of the most adorable Shah Rukh Khan-AbRam Khan moments. (Suggested Read: 'Mariam Khan Reporting Live' Actress, Mansi Sharma And Yuvraj Hans' Pre-Wedding Ceremonies Pics)

In his series of photographs, titled 'Indian Dads' Avinash has shared a beautiful picture of Shah Rukh and AbRam in which the two can be seen peeping through a tent and looking adorable. Avinash tweeted, '"The bond SRK shares with Abram is fascinating! It's adorable to see @iamsrk answering each complicated question that is asked by Abram on set...every answer that he gives is like he is talking to an adult... what is coolest is that it seems that Abram understands everything!!" 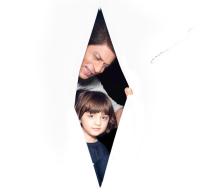 Sharing the same pic on his Instagram handle, Avinash captioned it, "This picture is from a series of photos titled 'Indian Dads' which I did for the Swedish Consulate Mumbai, to showcase 'how being a dad is cool'. It was basically to promote #GenderEquality & #EqualParenting. LIGHT TENT: @iamsrk with Abram The bond SRK shares with Abram is fascinating! He is a frequent visitor on the sets when SRK is shooting... always inquisitive about all equipment... he found my 'light tent' fascinating & wanted to come inside it! It's adorable to see TheDad SRK patiently answering each complicated & technical question that is asked by Abram... The cool thing is that every answer that he gives is like he is talking to an adult... and not a kid... what is cooler is that it seems that Abram understands everything!!" 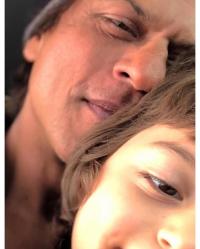 Shah Rukh Khan regularly updates his fans with his adorable moments with AbRam Khan. For example, on May 28, 2018, it was AbRam’s fifth birthday and papa Shah Rukh posted an adorable wish for his son by writing, “My sunshine turns 5 yrs today but he thinks he is 9! Please don’t tell him otherwise if u meet him. Children should hear their own music, sing their own songs & believe in their own lil dreams...& yeah, hug their papa a lot." (Must Read: Sana Khan Is Proud Of Her New-Found Love Melvin Louis For A Valid Reason, Calls Him 'Mere Daaku') 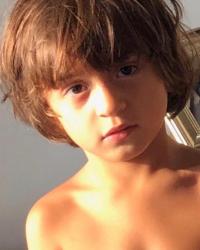 In fact, on Father’s Day AbRam wrote an adorable note for his father in which he penned down, “You are the best papa in the world”. Sharing the note on his social media handles, SRK had captioned it, “Notwithstanding that the kids had no other option & yeah I admit maybe there is just a hint of bias here...this kinda completes a father’s life”. 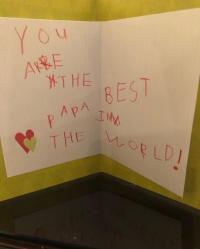 Once to a media portal, Shah Rukh had revealed that he loves to spend time with AbRam than be anywhere else. He was quoted as saying, “I have no other interest in life. People find it very strange. There's only one interest high up in life... that is to play with children. I love kids, and not in the nice, pat-sy way; I just love kids. I like being around them, and I have three of them. I've really had some amazing times with them. I'd rather be with my children than be anyplace else. That's the only thing I'd rather do more than acting”. 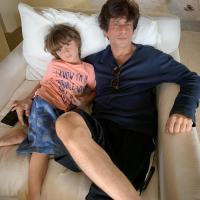 In another interview, he had also revealed, “AbRam is my little monster. I must add that AbRam is extremely protective of me. There are times he watches somebody hit me on screen and he thinks it’s for real. So, the next time he meets them, he gives them dirty looks.” Talking further about his little munchkin, Shah Rukh had said, "He’s a smart, intelligent kid and extremely fun to be with. And with him, I become a kid myself”.  (You May Like: Sonam Kapoor And Sunita Kapoor's Resemblance In Their Bridal Look Proves 'Like Mother Like Daughter') 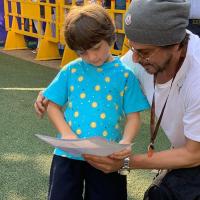 Do not Shah Rukh Khan and AbRam Khan make the most adorable father-son duo in Bollywood? The little brigade of B-town has surely taken over our beloved actors, as all we wait for is a glimpse of them. From Saif-Kareena’s little Tim to Karan Johar’s Yash-Roohi, we have been hooked to these cute little patooties. But do you remember where it all possibly started from? Yes,