South Indian actress, Sayyeshaa Saigal shared a romantic picture with her husband, Arya on her IG handle. The love-filled picture clicked amid a beautiful background is winning hearts. Check it out!

South Indian actress, Sayyeshaa Saigal and her actor-husband, Arya, are one of the most adorable couples in the Kollywood film industry. Ever since they had got married, Arya and Sayyeshaa have been making their fans go gaga with their adorable chemistry. The couple is head over heels in love with each other, and we just can't get enough of their cute camaraderie. Now, once again, the actress left us in awe of her mushy post with her husband, Arya.

On July 24, 2021, actor, Vishal, who shares a great bond with Arya, had taken to his Twitter handle to announce the good news. He had revealed that Arya and Sayyeshaa had welcomed a baby girl. He had tweeted:

Recommended read: Dia Mirza Narrates Her Pregnancy Journey, Thanks Son, Avyaan For Choosing Her To Be His Mother

A few moments ago, Sayyeshaa shared a throwback romantic picture with her husband, Arya from their vacation to Ibiza on her IG handle. In the photo, the adorable couple can be seen doing the iconic Titanic pose as they smiled for the camera. Along with the beautiful picture, she penned a note, which can be read as:

On December 22, 2021, Sayyeshaa had taken to her IG handle and had revealed her post-pregnancy transformation journey after delivering her baby. Sharing her thoughts on the same, the actress had said that it takes time to lose weight thus, one has to be determined and consistent. She had also emphasised that every individual has a different body, and thus, one should focus on being healthy. Sayyeshaa's caption could be read as:

"It’s never easy to lose weight especially after a delivery. However one has to remain consistent and determined and it’s inevitable that you will lose the extra weight. At the end one should not set unreal goals. Every woman is beautiful in her own way. Being slim is good because it relieves our organs from visceral fat. Being healthy should be the target. It takes time. Don’t just see a celebrity and set your goal. Each individual has a different body and health condition. This picture is just to show that fitness for me is a lifestyle and it makes me happy @thevinodchanna the ultimate trainer #fitness #health #workout #eatright #hydrate." After two months of his baby's birth, on the occasion of Daughter’s day, Arya had shared a selfie on his IG stories and had revealed the name of his and Sayyeshaa’s baby girl. He had written, “2 months of being Dad”, and had added hashtag #Ariana atop it. Well, the name Ariana has a Greek origin, and it means ‘very holy or pure’. 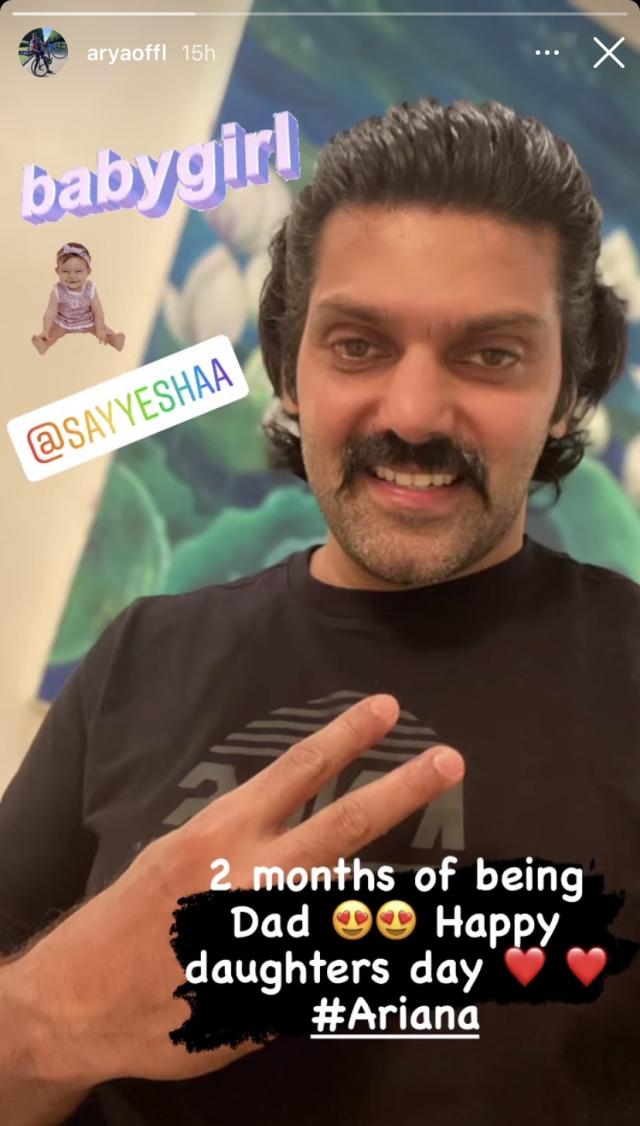 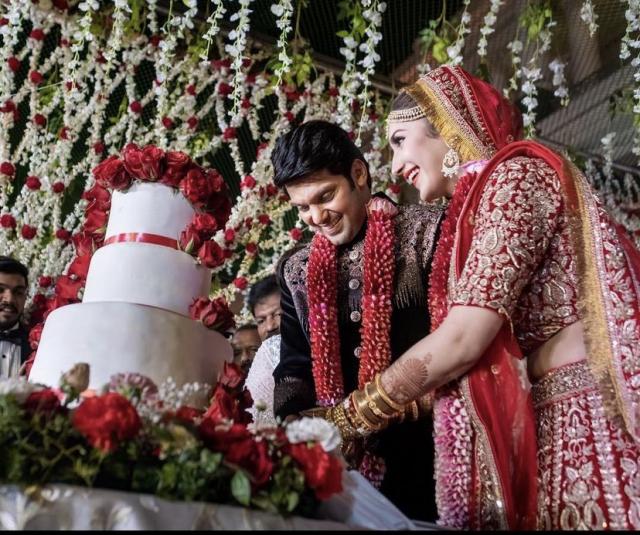 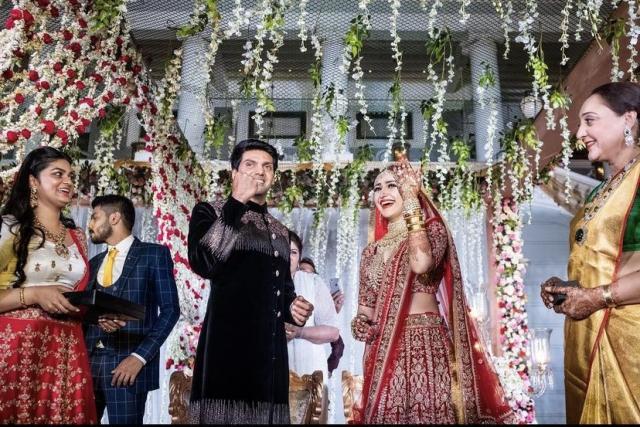 On the work front, Sayyeshaa was last seen in the film, Teddy opposite her husband, Arya.

Don't miss: Salman Khan's Alleged Girlfriend, Iulia Vantur, Talks About Her Experience Being Under His Shadow