Wedding bells are ringing out loud in our tinsel town! Weddings are not stopping anytime soon. One of the famous Tamil actresses and Shivaay debutante, Sayyeshaa got married to her long-time actor-boyfriend, Arya on March 10, 2019. The wedding festivities started off with the sangeet ceremony, wherein, Bollywood actor, Sanjay Dutt was the star guest. After the wedding, yesterday, on March 12, 2019, the newly-weds hosted a grand wedding reception for all their near and dear ones.

For the ones who don’t know, Sayyeshaa happens to be the grandniece of legendary Bollywood actress, Saira Banu. Also, Sayyeshaa is a popular name in the South industry, and she made her Bollywood debut opposite, Ajay Devgn in Shivaay. On February 14, 2019, she announced her wedding with Arya, whom she met on the sets of Ghajinikanth (2018). (You May Also Like: Bharti Singh Reveals How Ginni Chatrath Is Helping Kapil Sharma Change For Good, Praises Her A Lot) Announcing her marriage with her fans, Sayyeshaa had shared a note on Instagram and had written, “With the blessings of our parents and family, we are delighted to share with you the most beautiful day of our lives. We are getting married this March! We seek your love and blessings in our new journey of happiness and togetherness.” (Also Read: Kareena Kapoor Has A Sassiest Reply To A Troll Who Slammed Saif For 'Allowing' Her To Wear A Bikini) Sayyeshaa looked beautiful in a traditional red and golden lehenga with bridal jewellery for her wedding whereas Arya complemented her in a black and golden sherwani-salwar. Suriya Sivakumar, Karthi and filmmaker Rajsekar Pandian attended the wedding and later posed together for pictures. Here are the pictures from Sayesshaa and Arya’s wedding ceremony: 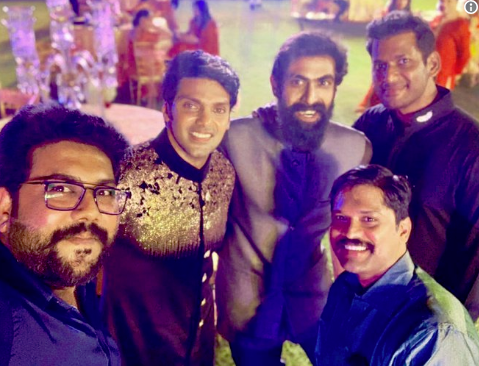 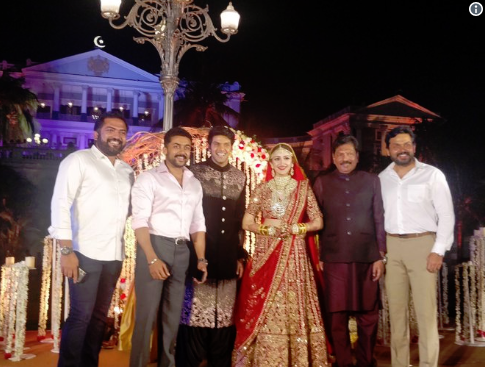 Earlier, in an interview, Sayyeshaa had talked about her choice of making her debut in Shivaay opposite a great cast. She had said, “I do not think anyone will compare me with Erika Karr, who’s the other leading lady. People ask me if I am romantically cast with Ajay-sir at all, but, for that, they have to wait and watch the film! My role is acting-oriented and is about a young Indian girl who stands on her own feet, knows exactly what she wants, and is working in Bulgaria. She supports Ajay in his troubles.” (Checkout: Priyanka Chopra And Nick Jonas Send Gifts To Future Sister-In-Law, Ishita Kumar, Pics Inside) 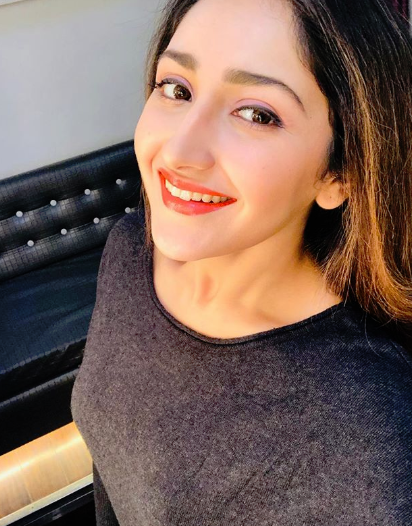 She also had talked about her experience working opposite Ajay Devgan. She had stated, “As an actor, he’s completely effortless, after all the experience he has. As a director, he’s very meticulous and planned in his approach. When he was not in a shot, he would be operating one of the cameras himself. And he made me so comfortable — not once did he behave like a big star.” (Also Read: Shloka Mehta Dazzles In Her Bridal Photoshoot, Unseen Videos From Her Wedding Reception Inside)

Congratulations Sayyeshaa and Arya on entering the doubles' club!