In 2013, Sayali Bhagat had tied the knot with a Haryana-based businessman, Navneet Pratap Singh. And now, she has shared glimpses of her pregnancy diaries and introduced her daughter, Ivankaa. 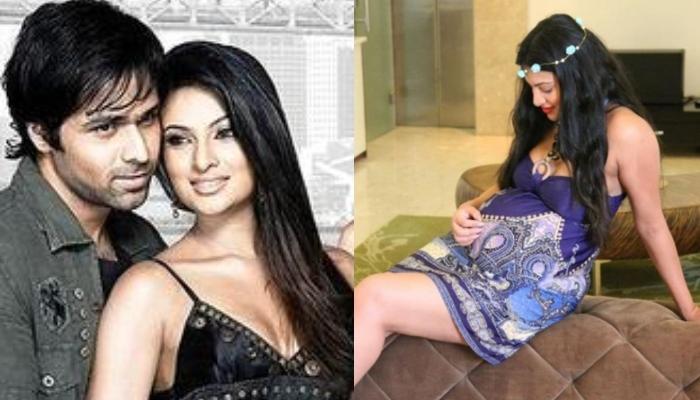 From Zeenat Aman, Juhi Chawla, Sushmita Sen, Aishwarya Rai Bachchan, Priyanka Chopra Jonas, Lara Dutta, Dia Mirza to Manushi Chillar, the women of our country have been making us proud on a universal level by winning the beauty crowns. And it makes us even happier when we get to see them adding the chaar chaand to the silver screens with their flawless beauty and acting talent. While some did prominent work in the industry and made their own place, some had left a subtle mark. (Also Read: Esha Deol Celebrates Daughter, Miraya Takhtani's First Birthday With Scrumptious Unicorn-Themed Cake)

A Gujarati girl born in Maharashtra, Sayali Bhagat made the nation proud when she had won the Femina Miss India crown in 2004 and had made her Bollywood debut opposite Emraan Hashmi in the 2007 film, The Train. Even today, her song, Woh Ajnabee, makes us croon and groove but sadly, we didn’t get to see much of Sayali on the silver screens. Last seen in Yaariyan, Sayali had disappeared from the films and media for a long time. But the 36-year-old actress is back in the news and she has delighted her fans with a ‘Good Newwz’.

In 2013, Sayali Bhagat had tied the knot with a Haryana-based businessman, Navneet Pratap Singh. Sayali isn't very active on her social media handle but after a long time, she delighted her fans with good news. Sharing glimpses of her pregnancy diaries and introducing her daughter, Ivankaa in a collage of pictures, Sayali wrote, "Hello Instafam, I have been pretty pretty occupied for a long time. But I promise, will talk to you more often now. #momlife #instamom #firsttimemom #delhiiteinfluencer #lifestyleinfluencer #supermom #modernmom #parentlife #littlehumans #fashionistamom #motherhoodsimplified #Mommylovesyou #Daughtersarepriceless #MotherandDaughter #Shekeepsmefit." 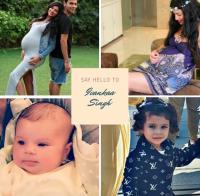 In a 2014 interview with ETimes, Sayali Bhagat, who was enjoying her married life to the fullest with her husband, Navneet Pratap Singh, had revealed that it was an arranged marriage set-up, something she didn't even think of. Speaking of how they had met and things went forward, Sayali had said, "We have a common family friend, the families didn't know each other then and at that time we both were not ready for an arrange marriage. Once I was in Delhi for an event and my mother said you should meet this guy. I was like what I don't even know him! We were both pushed to meet each other and when we met we realized we have many things in common. We started chatting on phone for hours and within fifteen days of our first meeting Navneet came to meet me in Mumbai and in next four months I was engaged" she says elaborating on her decision, "What I like about Navneet was he is very straightforward. I don't have to guess whether he likes me or not. He is very open, you know if a man is not too much of a mystery, I think it becomes very easy for a girl to make a decision on marriage." (Also Read: Famous Bollywood Actresses Who Have Won Major Beauty Pageants And Their Husbands) 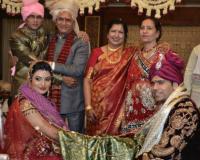 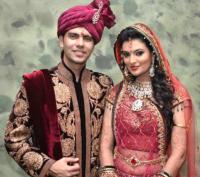 Eager to experience motherhood in just two months into the marriage, Sayali Bhagat had revealed that she and her husband, Navneet Pratap Singh had decided not to plan the baby and let it just happen. Sayali had remarked, "Of course I want to have babies, you know our usual debate is on what are the qualities we would want in our baby. Like I want my baby to have a eyes like Navneet and he says he wants our baby to have nose like me, the mix of all this. Actually, we have said, we will not plan our baby, we will just let it happen. But there is nothing for sure right now." 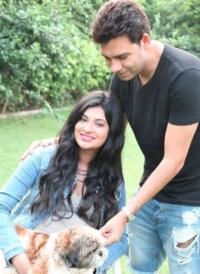 In another interview with the IANS, Sayali Bhagat had revealed that her hubby, Navneet Pratap Singh isn't a Bollywood fan and didn't know her before he met her. Sayali had remarked, "It was an arranged marriage, but we took about eight-to-nine months to get into matrimony. We are still discovering each other. My husband is not a Bollywood fan and he didn't even know me before he met me. His interest lies in playing tennis, going out with friends and travelling." (Also Read: Shahid Kapoor Treats Wife Mira Kapoor With 'Best Pasta' As He Cooks For The First Time In Five Years) 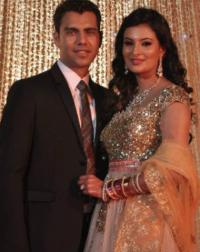