There is no doubt that Amrita Singh is one of the coolest moms of B-town. Sara Ali Khan recently shared a hilarious video. Let's scroll down to know more. 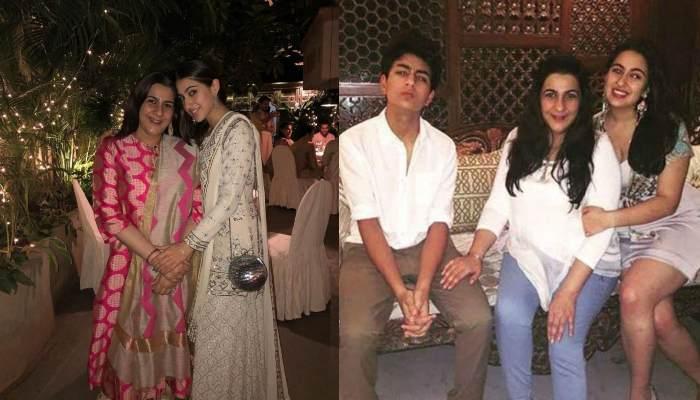 A relationship between a mother and a daughter is the most treasured and trusted one. Mothers are our secret keepers, the shoulders we cry on, the ultimate pacifiers, the pillar which can never fall and the one who plays a vital role in our lives. From being a mother to a best friend, they play the role of are our confidant. They are our emotional anchors, whom we can rely upon any time as they will be there supporting us always. (Also Read: Rhea Kapoor Wishes Boyfriend, Karan Boolani On His Birthday With Their Adorable Unseen Pictures)

Every daughter looks at her mother as her role model. Sara Ali Khan, too, who is not just a carbon copy of her mother, Amrita Singh also believes that her mother is her true inspiration. Amrita Singh is considered as one of the coolest moms of B-town. She not only shares a strong rapport with both her kids, Sara and Ibrahim but has also managed to maintain a balance in the family. 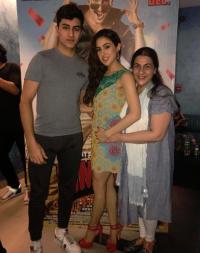 Sara and Amrita Singh give us some serious mother-daughter goals. Today (October 7, 2019), Sara took to her Instagram handle and shares a video with her mother Amrita Singh. In the video, Sara and Amrita binged into their cheat meal which consisted of a large dosa and several other South Indian dishes. In the video, Amrita was seen hiding her face and Sara was heard saying, "Hi mom, we are live on Instagram. Why are you eating like this today? What's gone wrong?" Let’s take a look at the video.

Not only did Sara share the video but the Kedarnath actress also captioned the hilarious video, the caption could be read as "When mommy and I set out to eat, we don't care about the diet-only cheat, eating like this isn't extraordinary it's no feat, even food competitors should shut up and give us their seat!" Sara has always spoken about her mother's major role in maintaining her strong bond with Kareena Kapoor. 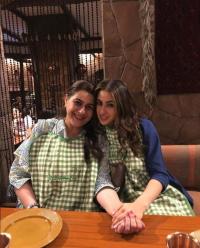 Recently, in an interview with the Hello! magazine, Sara expressed her feelings about her father, Saif's marriage to Kareena. She had revealed, “When my father just got married to Kareena, I remember going to the locker with my mother and taking out jewellery and saying which jhumkas should I wear? She called Abu and Sandeep and said, “Saif is getting married and I want Sara to have the most beautiful lehenga."” (Also Read: Amitabh, Jaya, Kajol And Rani Celebrate Durga Puja Together, Reminiscing K3G Moments) 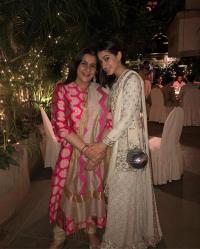 In a recent interview, Amrita Singh had talked about her kids and had described Sara as “a very God-loving child (who) has immense respect for every belief. She is also an extremely disciplined girl, be it her work or her mind and body, I see the effort she puts in every day to keep the balance and that’s really commendable.” 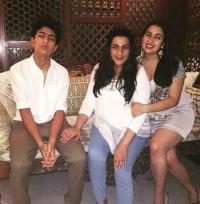 However, she had said that Ibrahim is a bit old in his thoughts. She had further revealed, “Ibrahim is the ‘old soul’ in our home. He’s kind and gentle and has the most sorted mind. He’s gifted with the ability to face the harshest truth with a brave smile and a strong will to overcome any shortcomings. But, the one problem I have with them is that they are both extremely messy and untidy.” 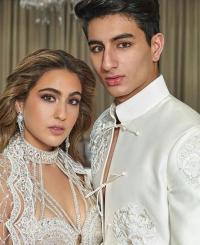 In an interview, Sara had revealed that it is because of her mother that she shares such a warm bond with Kareena. Talking about the same, Sara had stated, “It’s also easy for me to love and accept Kareena because I have a mom, who makes me feel everything’s fine. She got me ready for my father’s wedding with Kareena. So, when you have a mother saying, ‘Yeh earrings mat peheno, doosri chandbali peheno’ and if that’s the vibe at home, then you’re comfortable enough to take anything on.” 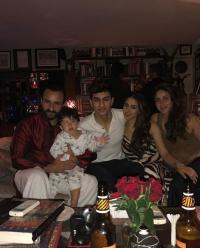 Unlike the regular sautans, Kareena Kapoor Khan and Amrita Singh shares a different bond. Kareena has time and again praised Amrita for bringing up her children so well. Earlier, in an interview, she had stated, "It's pretty amazing, they have a wonderful mother. They are the most well-brought-up children. I always remember Sara standing up and doing adab. Both Sara and Ibrahim are like that. I am like a friend for them. At times me and Sara chat over a glass of champagne. That's the way Saif wanted and that's the way I wanted it. Whenever she wants to call me she does at time when Saif isn't around and she doesn't want to talk to him. She talks to me.” (Also Read: Remo D'Souza Renews His Wedding Vows For The Third Time With Wife, Lizelle On Their 20th Anniversary) 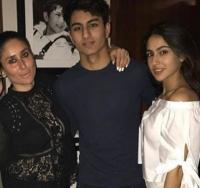 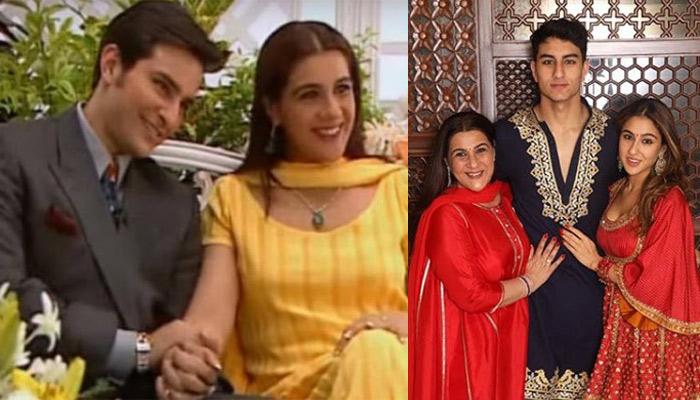