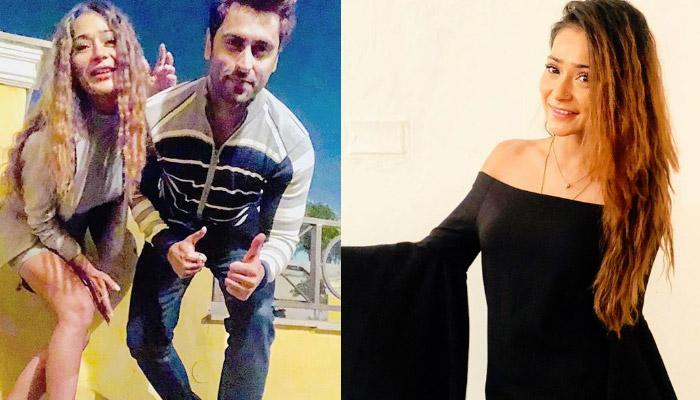 While you get famous and earn amazingly well, the showbiz world also comes with constant media scanner. Your personal life doesn’t stay personal and nothing can stay under the table for long. Rumours are part and parcel of being in the television and Bollywood industry. There is one actress who is linked to almost all of her co-stars and it’s none other than, Sapna Babul Ka...Bidaai fame actress, Sara Khan.

Now, the latest rumours that are doing the rounds say that Sara is all set to tie the knot with her long-time friend and Sapne Suhane Ladakpan Ke fame, Ankit Gera. A source close to the alleged couple has shared with TellyChakkar, “They seem to be very much in love. So much so that they are soon planning to get engaged and tie the knot.” (You May Also Like: Prince Narula Makes Shocking Statement About Break-Ups In Industry, Yuvika Also Shares Her View) 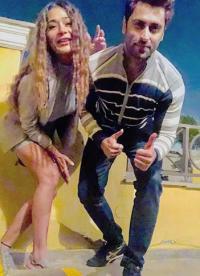 And when the online portal contacted her, she dismissed the baseless rumours and said, "I can't be dating every guy I meet. Ankit and I are very old friends, and we recently met and clicked pictures. I don't know why people think that I will tie knot with every guy I talk to. I am very much single and happy”. 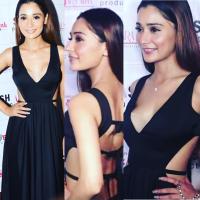 The news soon spread like wildfire and another portal SpotboyE also got in touch with Sara and Ankit. Sara Khan told SpotboyE.com, "I have no idea what is it”. On the other hand, Ankit spoke to them at length and said, “It's a surprise for me as well. I myself don't know that I am tying the knot with Sara Khan”. 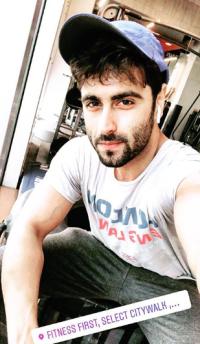 When he was further probed about the rumours of their wedding, the actor stated, "I and Sara are friends since 9 years. And now we are business partners too. As I have started my own production house. I have collaborated with her production for our first short film titled Husn-E-Hasan and we are travelling to Manali for the shoot this month. We are not only the producers but also acting in the film as main leads. With this association, we are also planning to bring some songs".

And when he was quizzed about the secret engagement ceremony in Delhi last year, he replied, "I am not engaged to anyone. If that happens, I will proudly make it public. So right now, I am just focusing on work and no marriage on the cards". (Checkout: Gurmeet Choudhary And Debina Bonnerjee's Romantic 8th Marriage Anniversary In Istanbul, Pics Inside)

For the ones who don’t know, Sara was earlier married to Ali Merchant, and their wedding took place in 2010 on national television inside the Bigg Boss house. Soon things fell apart and they got divorced in 2011. After that, she was rumoured to be dating her Pakistani show, Bey Khudi’s co-star, Noor Hassan. At that time a source stated, “Sara has earned a lot of appreciation from everyone for her work in Bey Khudi. She is also dating Noor Hassan and the couple will make it official soon.” Later, denying the rumours, she said, “Hahahaha…As they say we are best friends.” 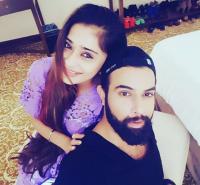 And then, she was also linked to actor Paras Chhabra and they even dated for a while. After they broke up, she lashed out at him for using her name to gain popularity. Sara was quoted as saying, “I wish he tried to work hard instead of getting mileage by using my name. I feel sorry that the media still addresses him as my EX or will do it in future as well. I will feel happy if he takes it as a challenge and makes his own identity so that the media starts calling him by his name.”

Sara further added, “He is been seeking publicity like this even after break up, he gave wrong statements though he was wrong. I always kept myself away thinking people know who I am. But now I feel I should put a full stop to this. So that he doesn’t use my name anymore. I decided to speak up and clear it once and for all.”

Also, post their break-up Paras also spoke to media and stated, “I really don’t want to talk about what went wrong between us, but yes the past experiences have taught me a lot. I will never make the mistake to date a celebrity again. I must say that when a relationship doesn’t help you grow, one should just part ways. I don’t want to be known as her ex-boyfriend and now my complete focus is to do good work to help build my career. I refused to do Nach Baliye also, as I want to be known for me and my work rather than someone else.” (Also Read: Karan Johar Lashes Out At A Troll That Accused Him Of Keeping His Babies Away From Mother's Love)

On the other hand, Ankit Gera has been in a relationship with Naagin actress, Adaa Khan and his Sapne Suhane Ladakpan Ke co-star, Roopal Tyagi. A source close to the former couple had then stated, “Trouble started brewing when Ankit started demanding space in the relationship. He even attended Roopal's birthday party a month ago (October 2013), alone. While he told Roopal that he had split with Adaa, he assured the latter that he was not on talking terms with Roopal. Adaa bumped into Roopal at a recent award function and decided to clear the air. To her shock, Roopal admitted to the affair. Adaa even has proof of Ankit's intimate conversations with Roopal.” (Don't Miss: Alia Bhatt Shares That There Is Nothing Wrong In Keeping Touch With Ex-Beau, Sidharth Malhotra) 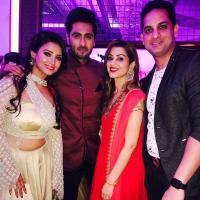