With the advent of social media and its deep penetration into our lives, sometimes we are really thankful to our favourite celebrities for updating their lives with their fans. Be it their wedding, birthdays, Karav Chauth or anniversaries. And one such celebrity couple from the telly world just celebrated their 8th marriage anniversary in Europe! Wondering who? Well, it's none other than the gorgeous couple, Gurmeet Choudhary and Debina Bonnerjee. (Suggested Read: 'Pavitra Rishta' Fame Purru Chibber Gets Engaged To Roshni Banthia On A Cruise

Gurmeet and Debina are currently in Europe where they just ringed in their Valentine's Day on Feb 14 in London, and yesterday, on February 15, 2018, they ringed in their 8th marriage anniversary in Istanbul, Turkey. Gurmeet shared the following couple picture on his anniversary and had an adorable anniversary wish for wifey, Debina. He wrote, "Happy Anniversary to us...The day we signed ourselves for each other, and promised to be in Good and bad And Debi @debinabon While I Look into your eyes I must tell you I derive a lot of strength and also it takes me down to the memory lane and all the cherished memories we share and have made along the years ....#happyanniversary #mylove #memories." Debina, on the other hand, shared the following pictures from the same location and wished her hubby with these beautiful words, "Happy anniversary to you @guruchoudhary Thanks for being who you are and for everything you do. For being the bestest husband. #istanbul #happyanniversary #us." 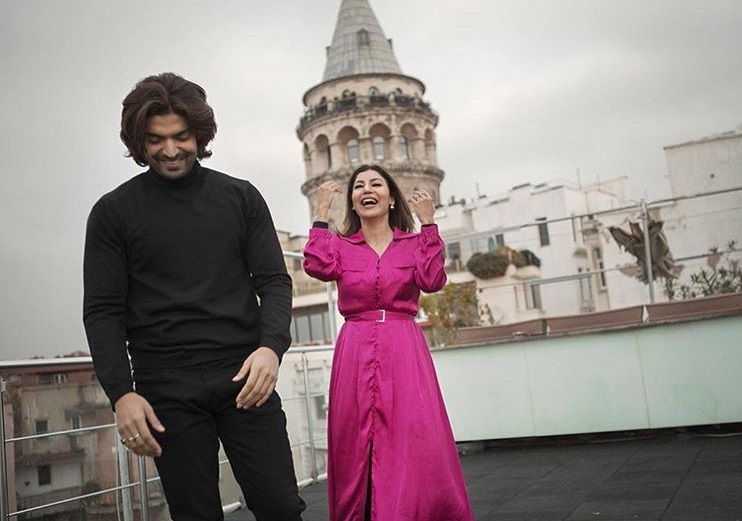 Debina once shared with an online tabloid about how she and Gurmeet met and started seeing each other. She had revealed, "He (Gurmeet) was my roommate's boyfriend's friend, and he always used to come along with his friend to our place. While they both chatted, me and Gurmeet used to spend some time together and this went on for days. After a couple of months, my roommate's boyfriend shifted to some other place, and thus he too stopped coming. It was then that we started missing each other and felt that we shared a bond." 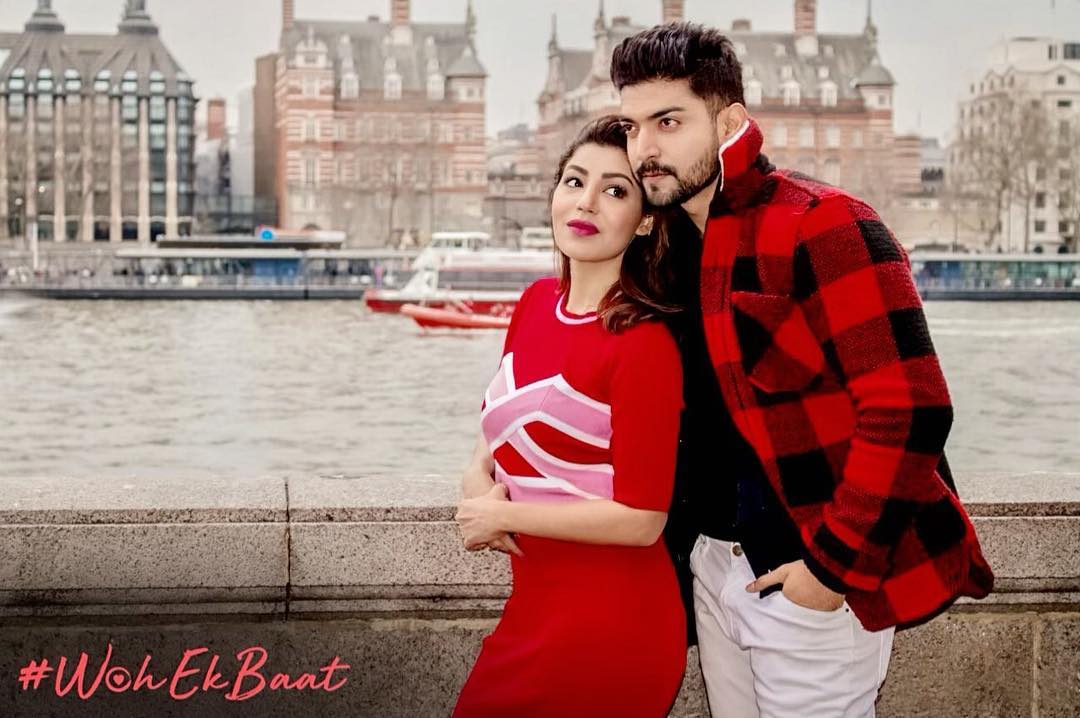 Later, Gurmeet and Debina went on to do to the hit TV serial, Ramayan together which aired on NDTV Imagine. Eventually, they got married in 2011. But there's a twist in the tale. The couple actually got married 5 years earlier in 2006 when the two had eloped without telling their parents. (Must Read: Divyanka Tripathi And Hubby Vivek Dahiya Had Their Own Unique Way Of Celebrating Valentine's Day) 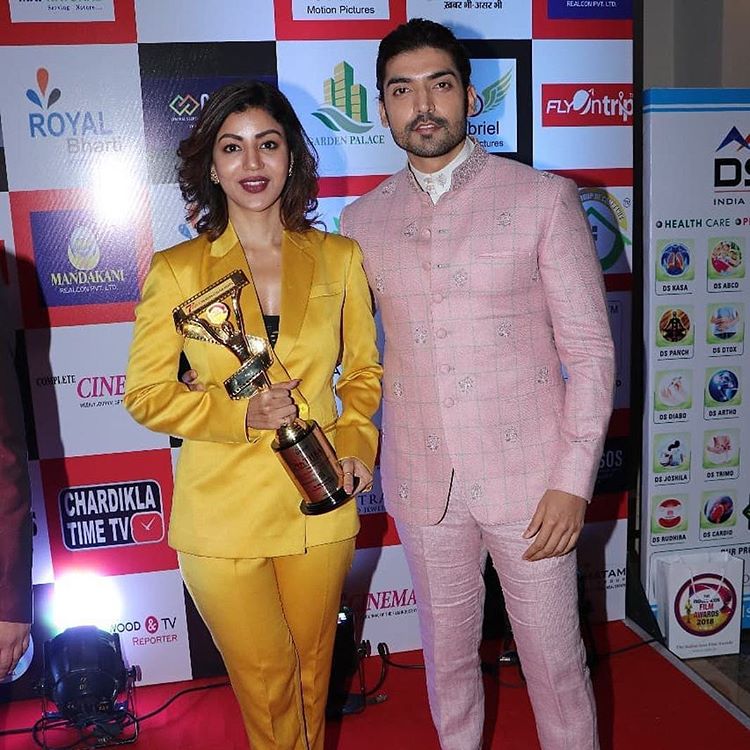 Gurmeet himself confirmed the same in a media interview. This is what he had shared, "A lot of people think that I and Debina met while filming for Ramayan, and then we got married in 2011. Very few know that when we were nothing, we weren’t actors, we were only looking for work – we were just 19 and 20 years old, we eloped and got married, in 2006. We did not tell our parents. Our friends helped us to get married at a temple in Goregaon." Well, as they say, when it's to happen, it will happen. Debina never shies away from praising about Gurmeet publicly. The 35-year-old actress once told a media house, "He is a very shy person. One day he called me, and we talked for more than two or three hours. In the end, I had to tell him that I know you want to say 'I love you'." She further went on to add,  "Gurmeet is typical husband material. I have always admired Gurmeet as someone very sober and hardworking. He used to stay awake whole night, and then next day go for auditions. His subtleness, hard work and of course, looks are what attracted me to him." 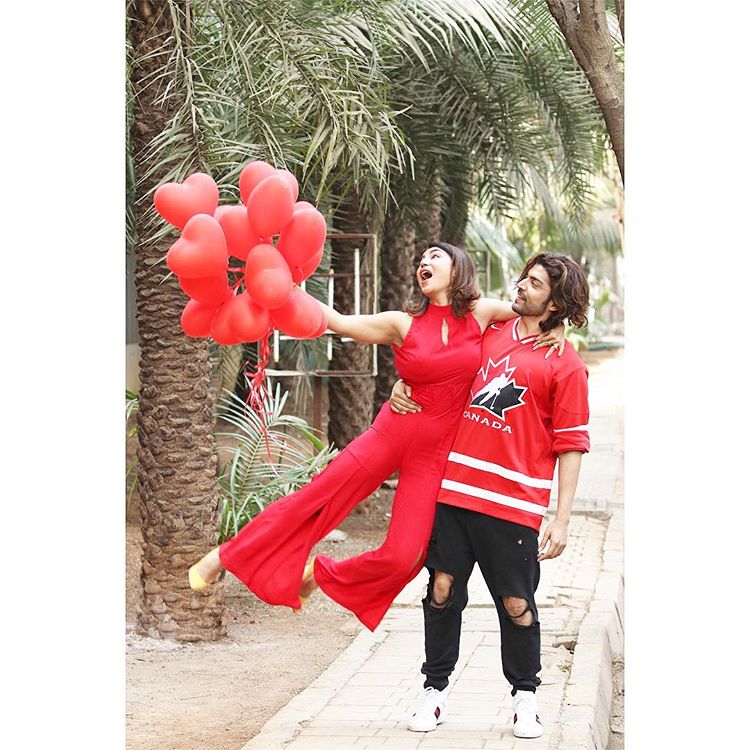 Sharing how special Gurmeet is to her and his unique ways as a boyfriend, Debina revealed once how her hubby would surprise her often with gifts. She was quoted as saying, "Gurmeet would do all those things, which no boyfriend in this world would think of doing. His surprises, gifts were never planned and were extremely funny. Once he gave me a rose and I could smell it from far off as he had sprinkled so much of rose water on it. Rubber toys, jokers were what he used to gift me. He was totally confused. But irrespective of all this, I knew how pure and genuine his love was for me." (You May Like: Mouni Roy's Ex Mohit Raina To Get Married By The End Of 2019, Talks About Her And His Wedding Plans)