Sara Arfeen Khan Pens Down The Experience Of Her Motherhood Journey With Twins, Zidane And Aizah

Sara Arfeen Khan Pens Down The Experience Of Her Motherhood Journey With Twins, Zidane And Aizah

To mark Eid 2019, Sara Arfeen Khan pens down a heartfelt note for her twin angels, Zidane and Aizah. Sara talks about her motherhood journey and how everything seems worth when she sees her daughters.

From Sameera Reddy, Ekta Kapoor, Esha Deol, Chhavi Mittal, Priyanka Vikaas Kalantri, Surveen Chawla, Navina Bole, Deeya Chopra to Arjun Rampal’s girlfriend, Gabriella Demetriades, 2019 came as a blessing to many glamour world divas as they had embraced motherhood this year. When our favourite stars welcome a little wonder in their lives, before we even yearn to see how adorable they are, we all long to know his/her name. Same is the case with Jamai Raja fame, Sara Arfeen Khan! (Also Read: Taimur Ali Khan Spends A Chilled-Out Afternoon With Mommy, Kareena Kapoor Khan In London)

It was in 2009 when Sara Arfeen Khan had tied the knot with motivational speaker and Mere Brother Ki Dulhan actor, Arfeen Khan. 10 years later, the lovebirds had embraced parenthood for the first time in July 2019. Everything in their life doubled - double happiness, double joy, double celebrations; and all that made it doubled is the arrival of ‘double trouble’ in their lives i.e., their twin angels, Zidane and Aizah. 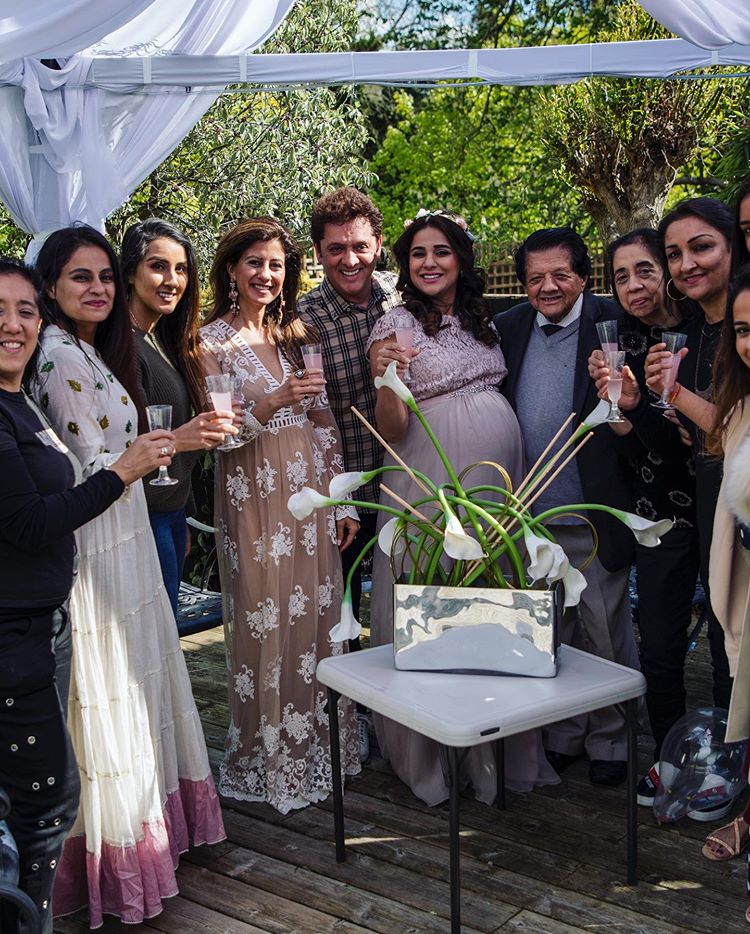 Penning down a heartfelt note along with the glimpses of her daughters, Zidane and Aizah, Sara Arfeen Khan wrote on her Instagram, “This Eid has been the best Eid of my life as I celebrated this blessed day with my most beautiful blessings Aizah & Zidane. I didn't realise the value, power and strength of being a mother till I stepped on this journey of motherhood. Every pain, every sleepless hour, every meal missed... is worth it when I see my angels! Looking forward to giving them the best of my best. Picture credits @malamansukhani #love #happy #beautiful #motherhood #instagood #instadaipy #babies #twins #picoftheday.” 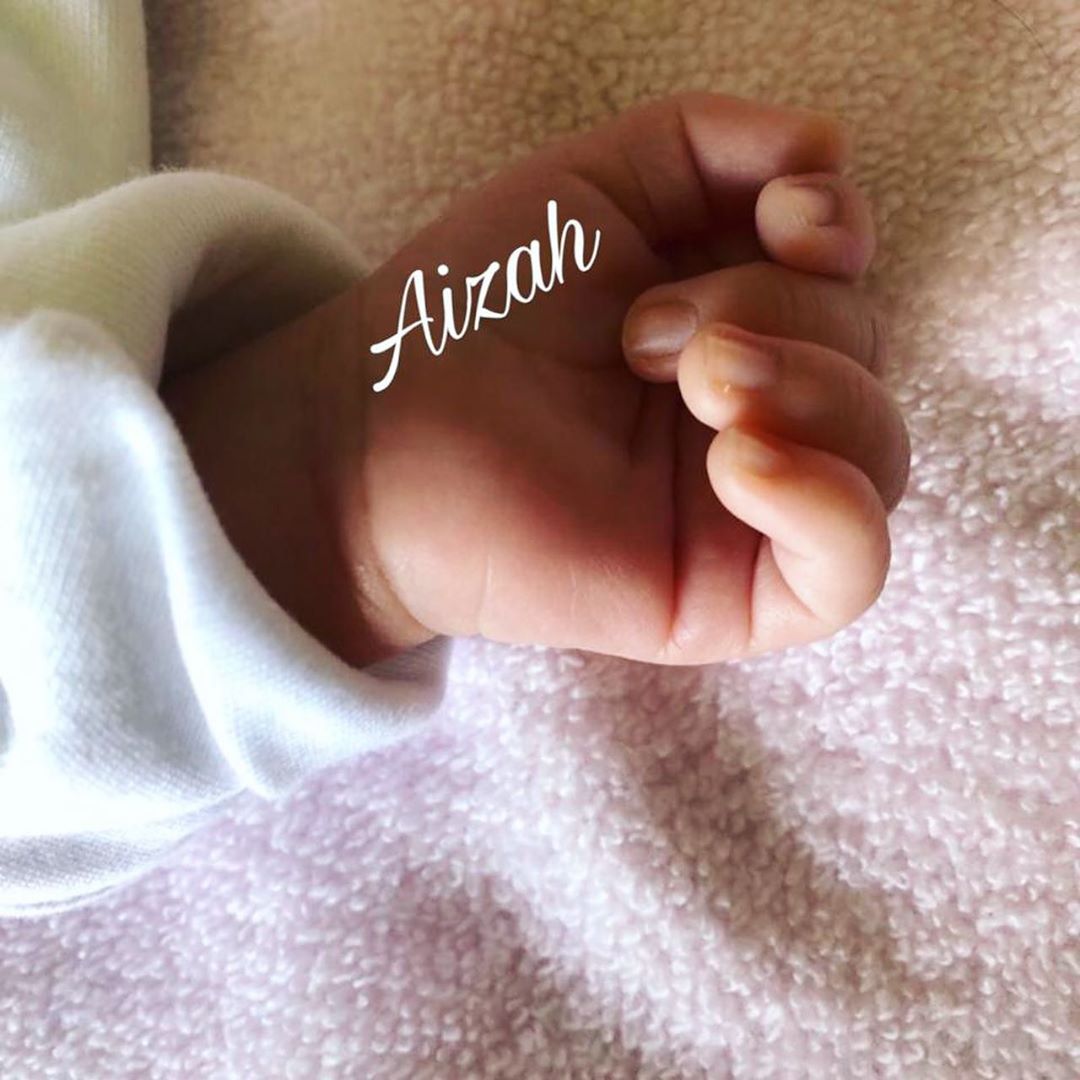 It was Sara Arfeen Khan’s yoga trainer, Jen Phenix, who had taken to Instagram and had announced the good news of the arrival of Zidane and Aizah. Captioning a picture of Sara holding her adorable twins, Jen had written, “Congratulations to my lovely student Sara who recently gave birth to her gorgeous twins Aizah & Zidane by planned caesarean birth. Her experience shows just how helpful pregnancy yoga and hypnobirthing can be regardless of what type of birth you have. I wanted to acknowledge and thank you for your brilliant techniques I learnt in your pregnancy yoga which kept me and my twins calm and stress free throughout my third trimester and although I knew I was going to have a C-section, your hypno-yoga birth preparation class kept me really calm before and throughout my operation considering I’m a nervous wreck when it comes to surgeries. I could hear your voice echoing telling me to breathe and relax my jaws. Thank you so much for helping me bring my bundle of joy stress free in this world! I think staying calm and stress free myself was the best gift I had given my twins during pregnancy. I’m now looking forward to your mummy and baby yoga class.” Looking forward to seeing Sara in mummy and baby yoga soon, and yes it can be possible with twins!” In a throwback interview with the Deccan Chronicle, Sara Arfeen Khan and Arfeen Khan had talked about their courtship period, how they met, if religion was an issue for them and much more. Love between Sara and Arfeen had brewed when she was admitted in the hospital, but he used liked her a lot since before. When asked if Sara’s illness got them close, Arfeen had replied, “Sara was really sick; so much so, that she had to be admitted to the hospital. When I went to meet her, I knew I was going to marry her, though we did take a lot of time to finally walk down the aisle.” 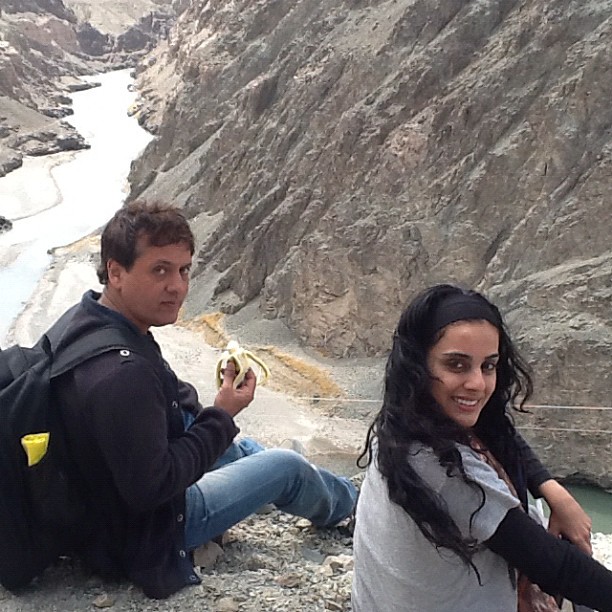 Sara Arfeen Khan had continued, “When we met, I observed how he conducts himself. He appeared very calm, which is very different from who I am, because I am a hyper person. We developed a friendship first, and I always noticed how he used to deal with day-to-day situations. Before I was admitted to the hospital, I knew he liked me a lot. In fact, it was mutual. One day I told him that he will marry me. He started laughing, but we all know how it ended.” (Also Read: Jay Bhanushali On Fatherhood, Says, 'I Wish When My Wife Gives Birth To A Baby, She Is A Baby Girl') “So, who confessed their love for the other first?” To this, Arfeen Khan had retorted, “It definitely wasn’t me. I’m not one of those guys — I show love, I don’t talk about it.” Sara Arfeen Khan had added, “Arfeen is weird but practical. My friend’s boyfriends always got them flowers, and would say ‘I love you’ all the time. When Arfeen and I fought, he wouldn’t say anything. I knew he cared since he has always been there for me. I complained to him about why we don’t hold hands and he would ask, “Are you running away?” I have realised that one has to be consistent. Initially, everyone tries to impress their partner but eventually they stop doing that. So, it makes sense to be the person you are, so that your partner can handle that 10 years later as well.” Speaking if acceptance was the key in their relationship, Arfeen Khan had remarked, “We have been through tough times too. I have always been open in my conversations. The first three years were fantastic and after that it was difficult. But then I thought, am I the problem, is there something can be done differently to make it work? I realised that there are a lot of things that I need to change about me.” If at any point in their relationship they had felt like giving up, Sara Arfeen Khan had revealed, “Before marriage, I did. I am a spontaneous person so when I decided to marry him, I wanted it to happen soon whereas this guy was taking his own sweet time. I assumed that he’s taking it easy because I was there with him. So, I walked away, for the fifth time. This time I thought it was over forever. Then I got a call from his twin sister asking me to meet him. This was the first time his family called me up in years.” Sara Arfeen Khan and Arfeen Khan hail from different religions. Revealing if it was ever an issue, Arfeen had said, “Her parents were very supportive. They never said anything to me about my religion. It could have got difficult from both sides. But Sara converted to Islam much before she knew we were getting married. She learnt Arabic and even read the Quran. She’s amazing, neither my parents nor I ever asked her to convert.” Sara had continued, “When I was in London for my education, I started researching in Islam. I started discussing things that I have learnt with Arfeen. He would also tell me a few such stories. That’s how I got inspired. I told my parents about it and it just happened.” (Also Read: Chhavi Mittal's Inspiring Post-Pregnancy Weight Loss Journey, Reveals The 2 Things She Had To Avoid) 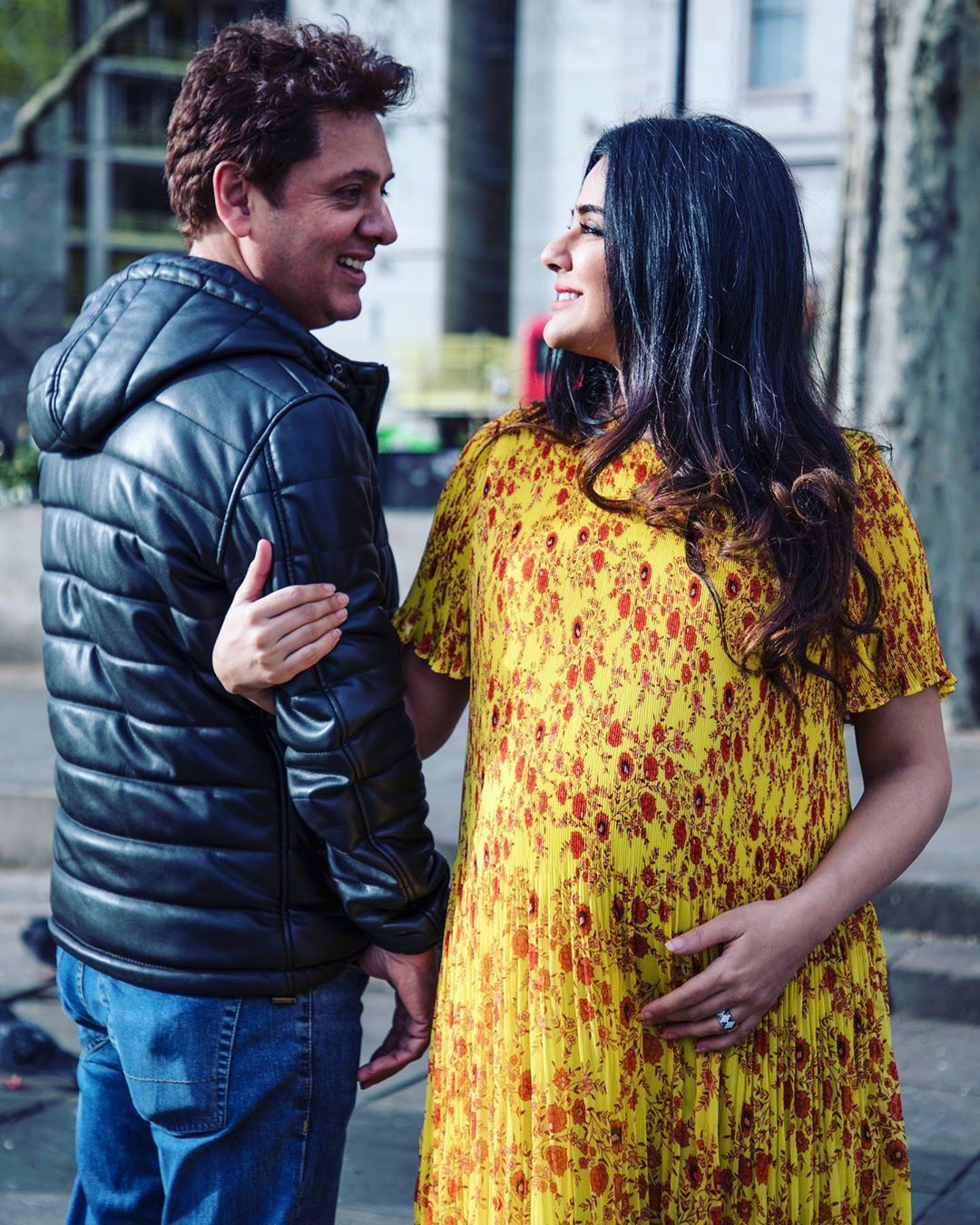 On the work front, Sara Arfeen Khan has been a part of Jamai Raja, Siya Ke Ram, Love Ka Hai Intezaar, Dilli Wali Thakur Girls and many more. But had gained popularity for her role of Alka in Dhoondh Legi Manzil Humein. 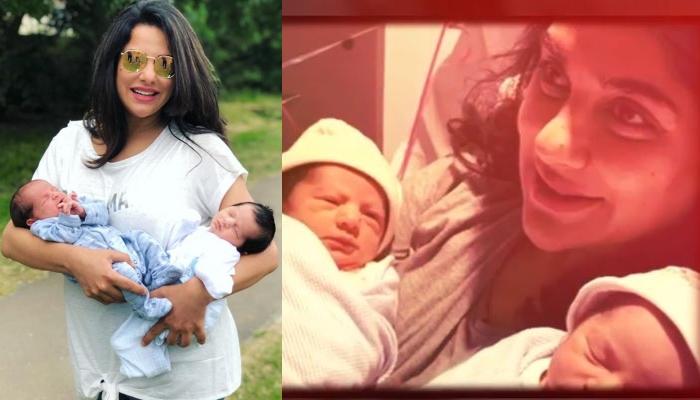 Motherhood is a phase that transforms a woman for eternity! Right from the day when she conceives to the day when she hears the cry of her baby for the first time, it’s a feeling that cannot be described in words. Sara Arfeen Khan and Arfeen Khan had gotten married in the