Jay Bhanushali On Fatherhood, Says, 'I Wish When My Wife Gives Birth To A Baby, She Is A Baby Girl'

Jay Bhanushali On Fatherhood, Says, 'I Wish When My Wife Gives Birth To A Baby, She Is A Baby Girl'

There is no doubt that it is a daughter who softens the heart of their fathers, and television actor, Jay Bhanushali, who is soon going to join the 'papa' bear brigade wants a baby girl! A father is the only person who treats his baby girl like a princess. No matter how old she gets, she remains his little girl. And television actor, Jay Bhanushali, who is soon going to embrace fatherhood, reveals his wish of a baby girl. (Recommend Read: Shweta Tiwari's Ex, Raja Chaudhary Talks About Palak's Bold Step Of Writing An Open Letter)

A couple of months ago, the cutest duo of telly town, Jay Bhanushal, and Mahhi Vij had shared a special baby announcement on Instagram with their fans. Mahhi has been exuding pregnancy glow and her husband, Jay is making sure to keep her happy all through the phase. Jay and Mahhi are already parents to two lovely kids, who they have adopted.

Recently, in an interview with the IANS, Jay talked about his wish of having a baby girl. He shared, "No relationship in the world can match the sanity of a father-daughter relationship and I wish that when my wife gives birth to a baby, she is a baby girl." (Also Read: Shloka Mehta And Radhika Merchant Bonding Together Gives A Glimpse Of Their Jethani-Devrani Relation) 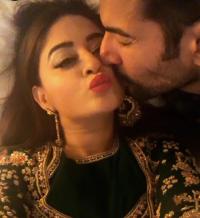 He further stated, "I have no preference as such and it is not that I won't like if a baby boy is born but I admire this bond and since I have had a father-son connect with my father, now when I have a child, I want a daughter so that I can experience this too." The mommy-to-be Mahhi had to face a lot of trolling on social media after she had shared a post against the sacrificing of goats on Bakri Eid. The actress had simply shared her thoughts on how she believes we should love the goats and not sacrifice them. Soon, she was subjected to a lot of negative comments from the ones who are celebrating the festival. In an interview with The Times of India, Mahhi had talked about the same, and had shared, "I was taken aback by the hatred these people had over a simple post that I felt was right." 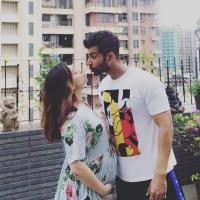 Mahhi had further added, "People who celebrate the festival pounced on me through comments and said things like- I was like lucky because I was pregnant else they would have slapped me. They involved my baby into this mess and that's so wrong. These are the ones who create a divide between Hindu and Muslims. I did not have any intentions of targetting any community or religion or festival and I just felt that the killing of innocent animals for whatever reason is never justified. Even in Hindus, there are such practises that I am against. Its got nothing to do with the religion but these haters are so petty and frustrated, that they don't even think once before spewing venom and just vent out their anger." Mahhi had also explained the motive behind her post, and had stated, "I am not affected by such comments and care the least for these things but this is not right. In the past seven-eight months of pregnancy, I haven't had non-veg at all. It's just that when the doctors force me into eating as the protein intake for the baby is a must, I rest my case. I am surely going to make my baby a vegetarian since its childhood. I cannot bear the sight or idea of killing animals and relishing them for whatever reason." 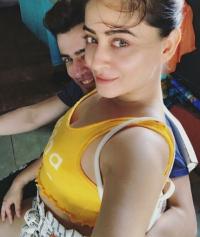 After nine years of marriage, Jay and Mahhi will finally embrace parenthood. In one of her Instagram post, Mahhi had revealed the reason for the same and had written, "After so many messages on infertility!! I want to put this straight to all that I was not going through any infertility issues! It was my sole decision to wait and be a better child myself and do all my duties. I had my own share of responsibilities towards my parents. To have a child is beautiful, but to be a responsible child is much more. I choose the later, be a good child to have one. Enjoy cheers #daughterfirst #motherhood." (Don't Miss: Kartik Aryan Celebrates His Princess Sara Ali Khan's Birthday In Bangkok, Amrita Singh Joins Too)

Well, we hope Jay and Mahhi get blessed with a cute child who fills their life with happy colours!

Jay Bhanushali Gears Up For His 'Daddy Duties', Shares The Joy Of 'Burping Out' His Little Princess 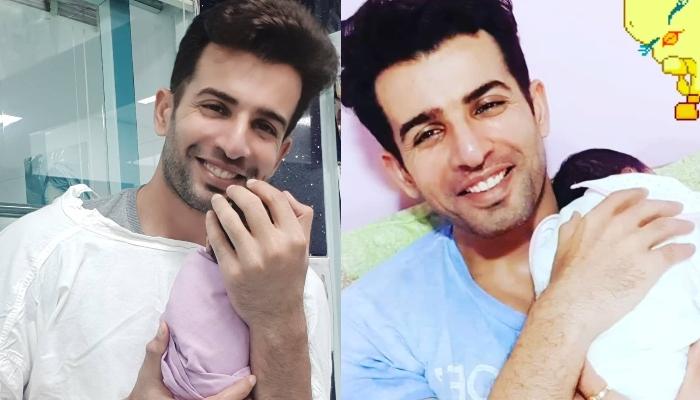 Gone are the days when fathers used to be strange beings, who didn't know much about their kids. Now, the 'papa bears' are happily helping the 'mumma bears' in nurturing their little ones. They want to witness every step of their little wonder and be a part of their growing up