Good news has been raining in the B-town like cats and dogs. While our television industry boasts of many talents and beauties, it also prides in itself for giving us some of the most lovable celebrity couples. We all know that recently Chhavi Mittal-Mohit Hussein and Navina Bole-Karan Jeet embraced parenthood. And to add to this club, there is another TV celeb couple who is soon going to become parents. Well, we are talking about Jamai Raja actress Sara Arfeen Khan and Mere Brother Ki Dulhan actor, Arfeen Khan. (Don't Miss: Esha Deol Flaunts Her Baby Bump In A Polka Dotted Black Dress During Family Lunch Date, Pics Inside)

Sara Arfeen Khan and Arfeen Khan got married in the year 2009 and together, they make for an awesome couple. And after 10 years into their marital bliss, they are expecting their first baby on July 08. Sara had earlier confirmed the due date to The Times of India. And guess what? Sara Arfeen Khan's baby shower reportedly took place in London amidst close friends and family. The reports are also suggesting that Sara wore a Seraphine Maternity label for her godh bharai. Seraphine Maternity specialises in maternity dresses and believes in the 'art of being fashionably pregnant'. Take a look at Sara Arfeen Khan's picture from her baby shower wearing a pale lilac dress and ornamenting herself with a flower tiara: 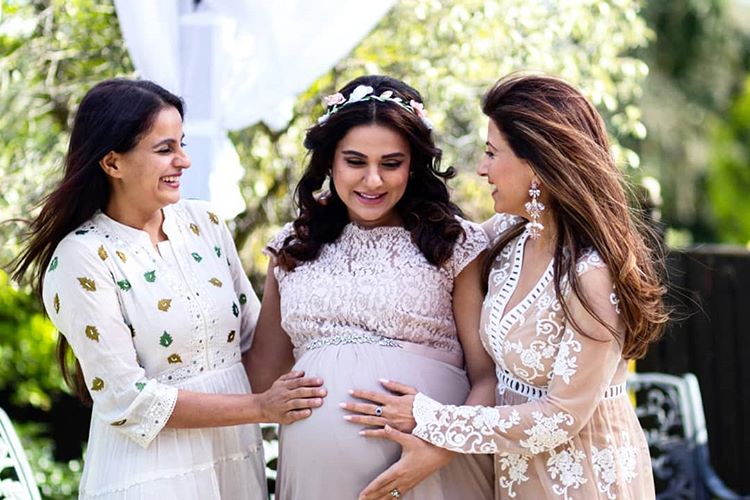 Sara Arfeen Khan had confirmed her pregnancy news to the TOI a few months ago and was quoted as saying, "The baby is due on July 8 and we are super excited. It doesn't matter if it's a girl or a boy. We are grateful to God for this beautiful gift, which has already changed our lives. It's a very personal matter and I had only shared it with very close friends and family. Besides, I have been in London since February." 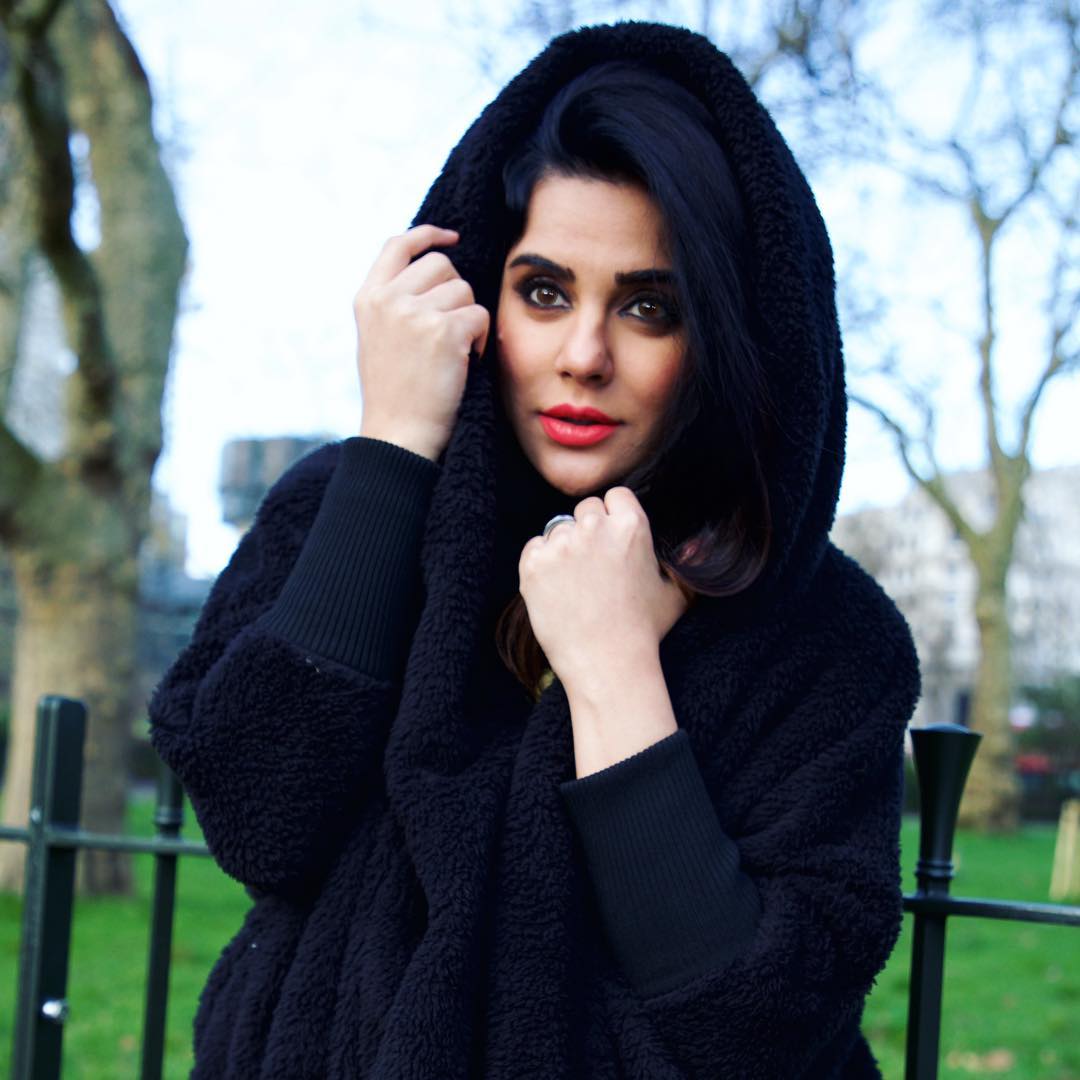 She had further gone on to share the feelings now that she is pregnant. Sara had retorted, "For the first few months, it was not sinking in that I'm going to be a mother. But now, it's finally sunk in, especially when I feel the baby move constantly. Nothing can match up to the feeling of my baby moving in my womb." She had further added, "I think that names are the hardest to finalise. We are still working on it." 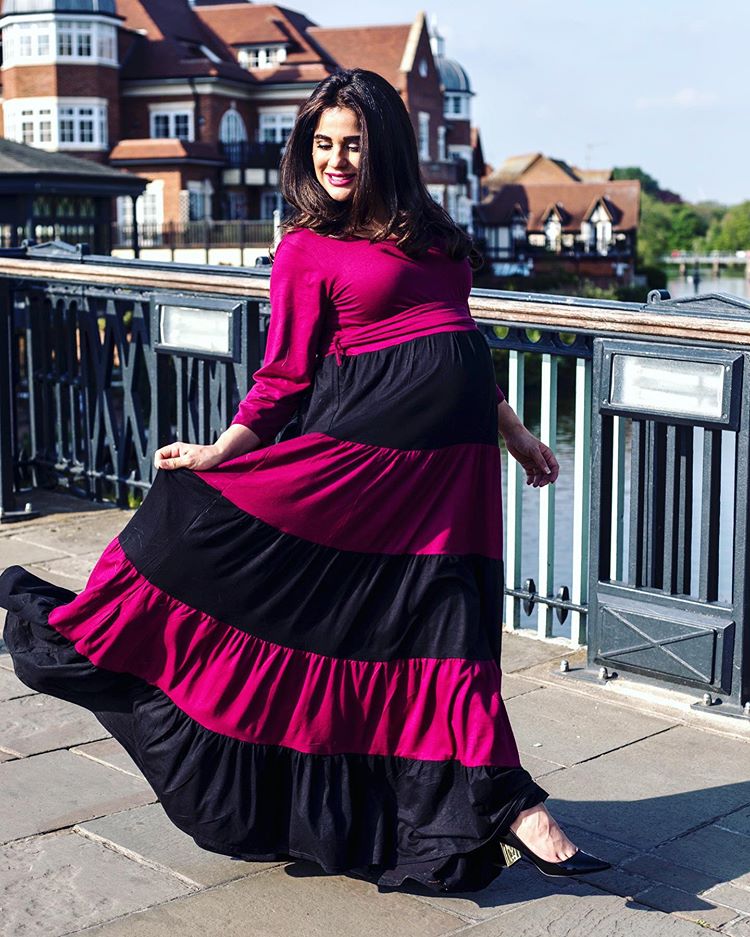 Sara always speaks reverently of her actor-husband, Arfeen. For instance, on her hubby's birthday on April 18, 2019, Sara had shared the most adorable birthday wish for him by writing, "Women have insecurities because they have been hurt or betrayed by their men whom they have put their utmost faith and strength in. I have been very lucky and blessed with a man who has never made me feel powerless and that’s the biggest gift from God! @arfeen.khan wishing you a v v v happy birthday! Thank you for completing my life and making it worth living." (Must Read: Arjun Kapoor Reveals If He Is Waiting For Sis, Anshula To Get Married Before Marrying Malaika Arora) 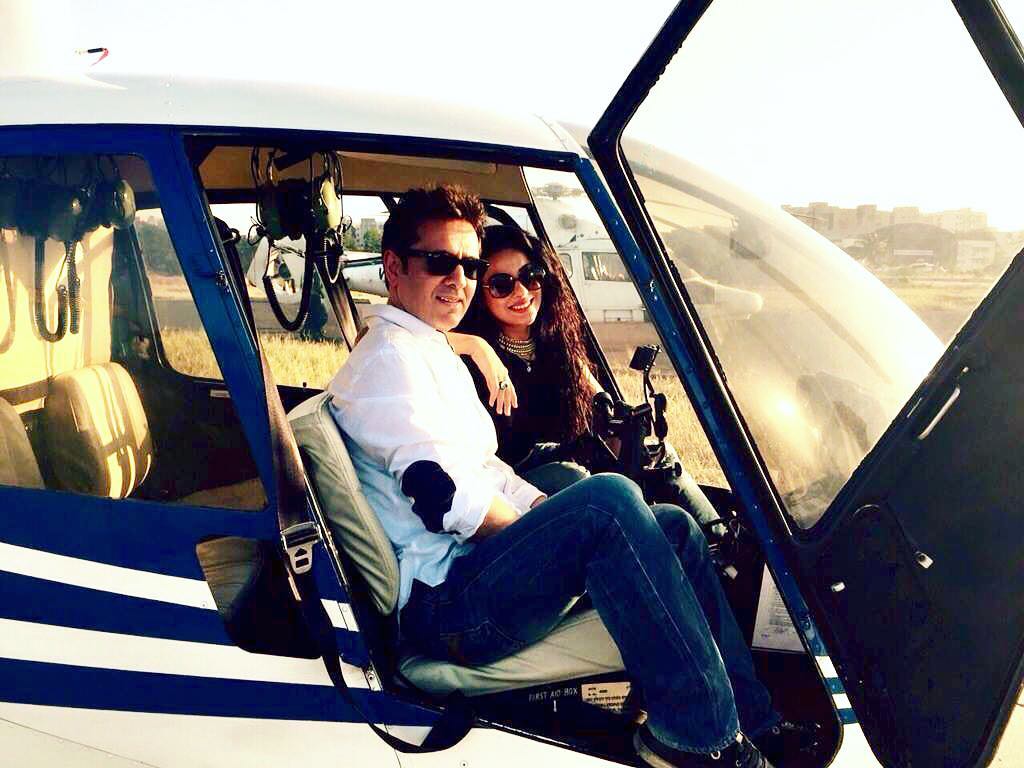 Arfeen Khan had once told the Deccan Chronicle about his and Sara's love story. He had shared with the media house how it all started when she fell sick. Arfeen was quoted as saying, “Sara was really sick; so much so, that she had to be admitted to the hospital. When I went to meet her, I knew I was going to marry her, though we did take a lot of time to finally walk down the aisle.” 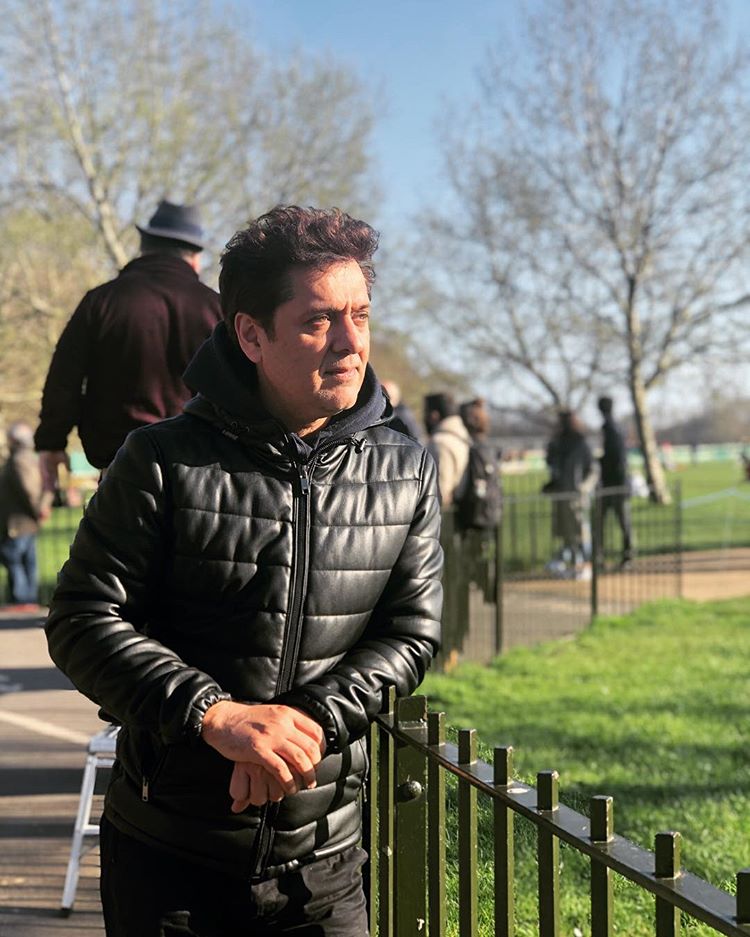 On the other hand, Sara had shared, “When we met, I observed how he conducts himself. He appeared very calm, which is very different from who I am, because I am a hyper person. We developed a friendship first, and I always noticed how he used to deal with day-to-day situations. Before I was admitted to the hospital, I knew he liked me a lot. In fact, it was mutual. One day I told him that he will marry me. He started laughing, but we all know how it ended (laughs).” 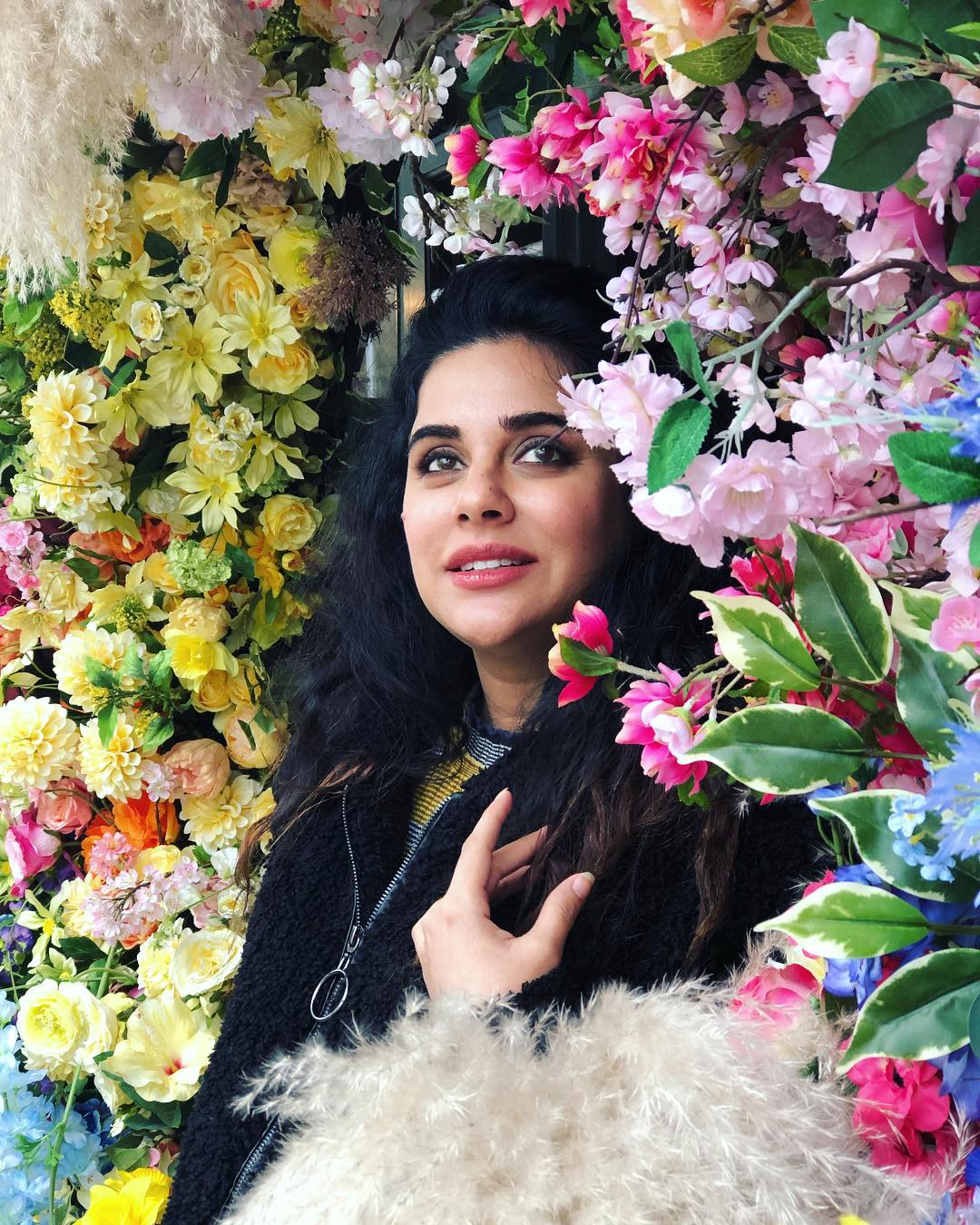 Sara Arfeen Khan had also revealed how her hubby is not that typical when it comes to expressing love, “Arfeen is weird but practical. My friend’s boyfriends always got them flowers and would say ‘I love you’ all the time. When Arfeen and I fought, he wouldn’t say anything. I knew he cared since he has always been there for me. I complained to him about why we don’t hold hands and he would ask, “Are you running away?” I have realised that one has to be consistent. Initially, everyone tries to impress their partner but eventually they stop doing that. So, it makes sense to be the person you are so that your partner can handle that 10 years later as well.” Arfeen, on the other hand, had gone to share, “It definitely wasn’t me. I’m not one of those guys — I show love, I don’t talk about it.” 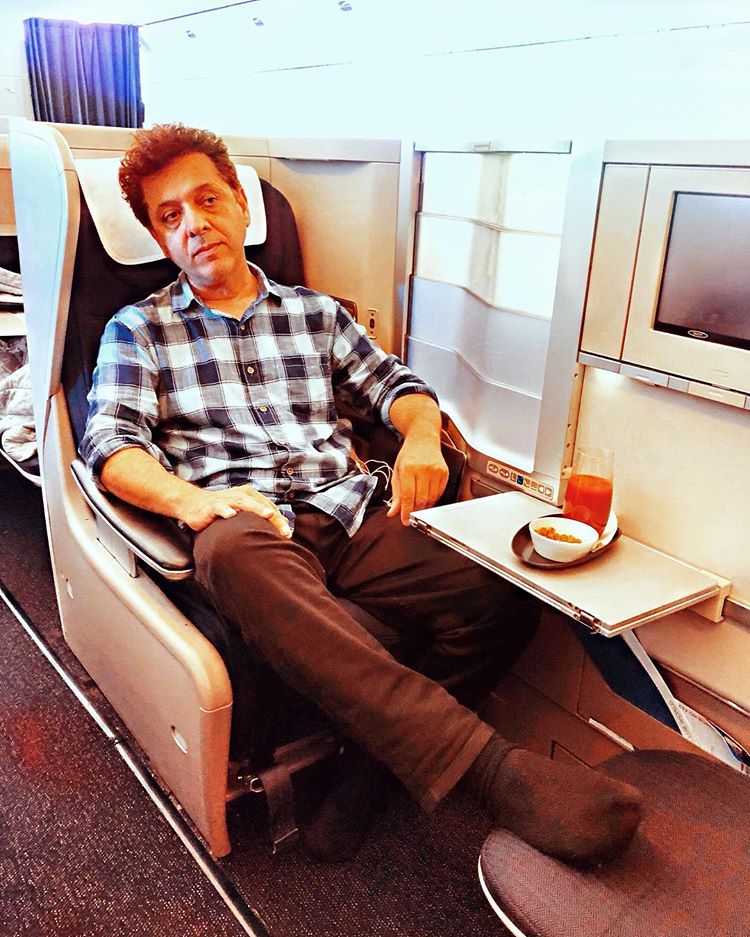 Sara also shared if she ever wanted to give up on her and Arfeen's relationship, “Before marriage, I did. I am a spontaneous person so when I decided to marry him, I wanted it to happen soon whereas this guy was taking his own sweet time. I assumed that he’s taking it easy because I was there with him. So, I walked away, for the fifth time. This time I thought it was over forever. Then I got a call from his twin sister asking me to meet him. This was the first time his family called me up in years.” (Also Read: Heavily Pregnant Sameera Reddy Is Enjoying Her Babymoon In Goa With Family, Pictures Inside)