Bollywood actress, Sara Ali Khan loves spending quality time with her family. Check out as she shares pictures from her recent outing with her daddy, Saif Ali Khan and brother, Ibrahim Ali Khan!

It is said that behind every successful man there is a woman behind him, but what about successful women? Well, we truly believe behind every successful woman, there is a father, who has set the right standards for her and inspired her to be the best version of herself. A father is a guarding angel, who protects her from the big world outside, but he also lets her blossom and be the courageous woman that she wants to be. And an exactly similar relationship is shared between Bollywood actress, Sara Ali Khan and her darling father, Saif Ali Khan. (Recommend Read: Shashi Kapoor Had Once Run After Shatrughan Sinha With A Belt, The Latter Had Then Cracked A Joke)

Sara is one of the gorgeous actresses of B-town. Her charming personality and her honest opinions, prove that she has inherited all of it from her father, Saif's side of the genes. For those who don't know, Sara bonds with her dad, Saif not over a cup of coffee or filmy discussions, but on history and art museums around the world. She loves spending time with her family and never misses a chance to turn the few hours of famil get-togethers into memorable events. On March 7, 2021, Sara took to her Instagram handle and posted a couple of pictures with a day out with her father, Saif and her brother, Ibrahim. In the super cute pictures, we can see Sara looking gorgeous in a glistening dress while Saif was wearing a maroon-coloured kurta with a pair of white pants. However, Sara's brother, Ibrahim looked dapper in a denim jacket with a blue t-shirt underneath. Alongside it, Sara wrote, "Daddy’s Day Out #likefatherlikeson #carboncopy." Check it out below: 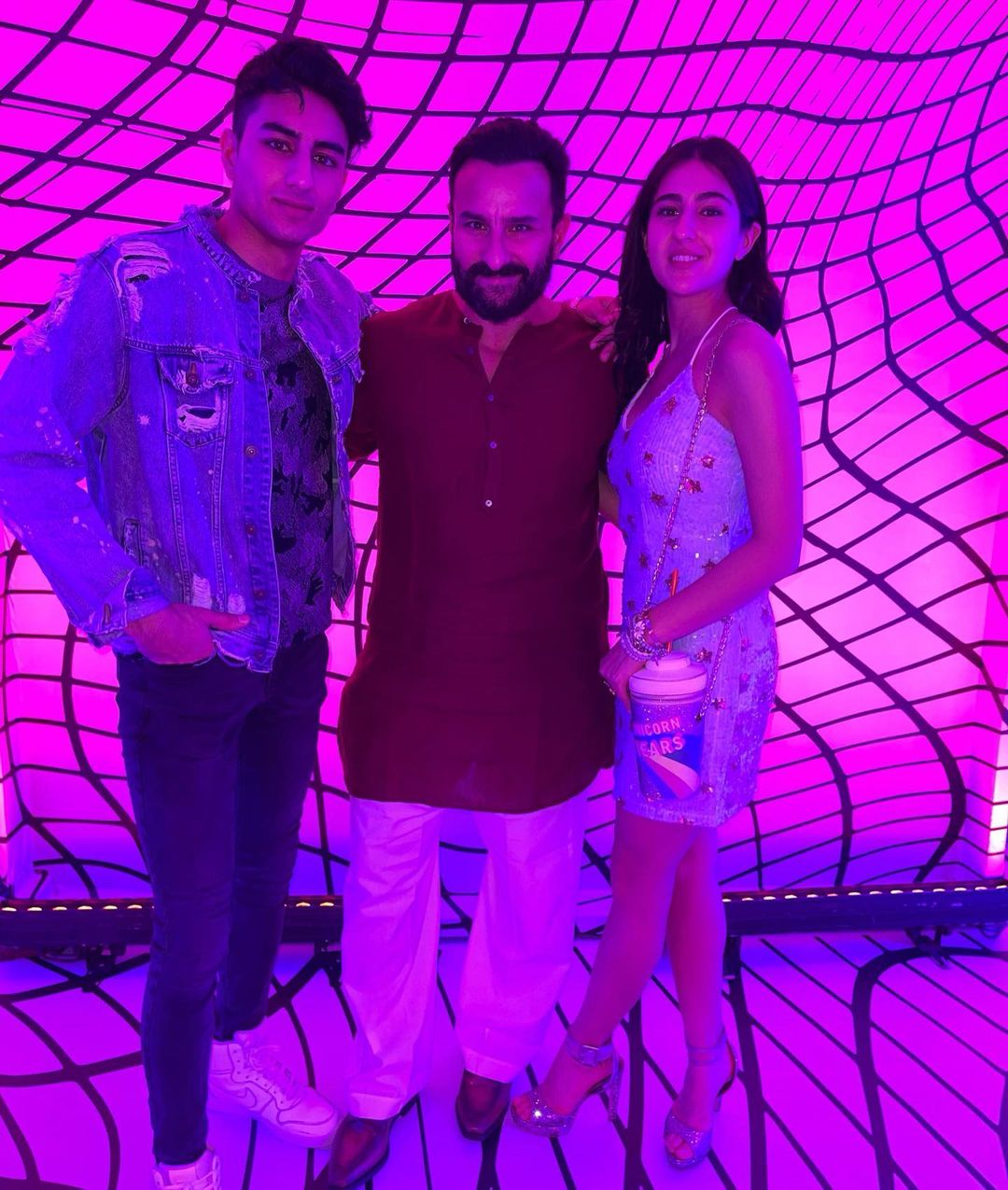 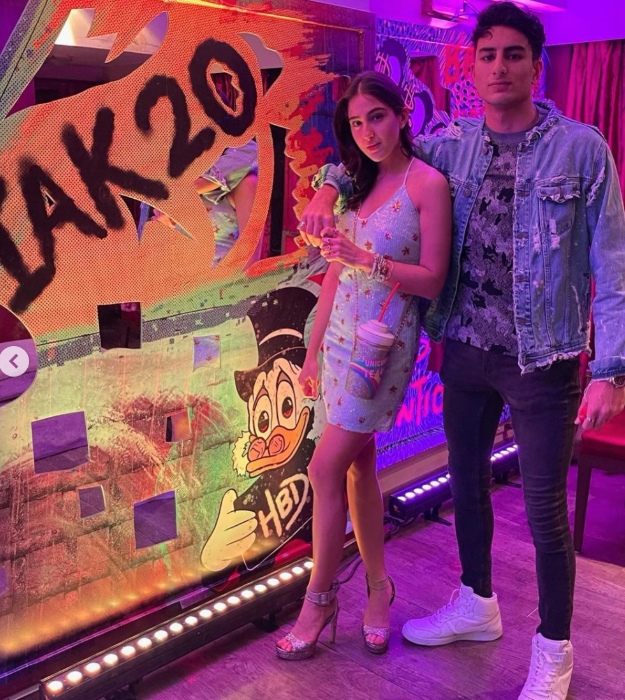 Recently, in an interview with Elle India, Sara had gotten nostalgic and had opened up on a vacation, which she had taken with her father, Saif. She had shared, "I remember this vacation with him in Italy, which was all about pizza, pasta, culture, museums, music and plays – this is something my father and I really, really enjoy. We both are history nerds, and we laugh about that fact that we discuss Hitler and Stalin more than films and Bollywood." (Also Read: Janhvi Kapoor Had Attended Madhuri Dixit's Wedding Reception With Parents, Sridevi And Boney Kapoor) Sara had also talked about her bond with her mother, Amrita Singh. The beautiful diva had shared that she lives with her mother, and she’s her whole world. Sara had further stated, "She’s my go-to for everything. Just last night, I had to go to a friend’s place and she wasn’t at home so I FaceTimed her to figure out what to wear (laughs)! My goal is to make sure my mother is proud of me, happy and secure. She’s given up her life for my brother and me, and my genuine purpose in life is to be able to do one-tenth of that for her." (Don't Miss: On Allu Arjun And Sneha Reddy's Wedding Anniversary, Couple's Photo At 'Taj Mahal' Breaks Internet)

Well, we love Sara's cute pictures with her father, Saif and brother, Ibrahim!