There are plenty of beautiful and talented actresses in Bollywood right now but if we have to pick one for the title of ‘Buzz Queen’ then the only name that comes in our minds is of Love Aaj Kal actress, Sara Ali Khan. The actress is known for having a gentle and grounded attitude in real life despite coming from the royal family with a huge legacy and aura, Pataudi parivaar. However, it’s not all about her nature only as the actress had impressed the critics and the audiences with her crispy and adorable acting in her debut film, Kedarnath. After which, she was seen alongside Bollywood’s powerhouse, Ranveer Singh in Simmba and despite not having a longer screen space in the film, the actress had still managed to leave a mark in the hearts and minds of people with her intense acting and expressions. (Recommended Read: Hina Khan Goes Filmy Walking In 'Khet' With The Love Of Her Life, Rocky Jaiswal, Says I Love You)

Currently, Sara Ali Khan is with her family amid the coronavirus scare and just like everyone, she’s also cherishing this time and trying new things. However, the one thing that Sara is doing quite regularly is digging out some of the best pictures from her memory lane and posting it on social media for her fans and followers. Well, we love this because we get to see those rare and cute pictures from the childhood days of this super-adorable actress. Nevertheless, the actress is back but this time she uploaded pictures with her BFFs and making all of us jealous of their beautiful and concrete friendship. 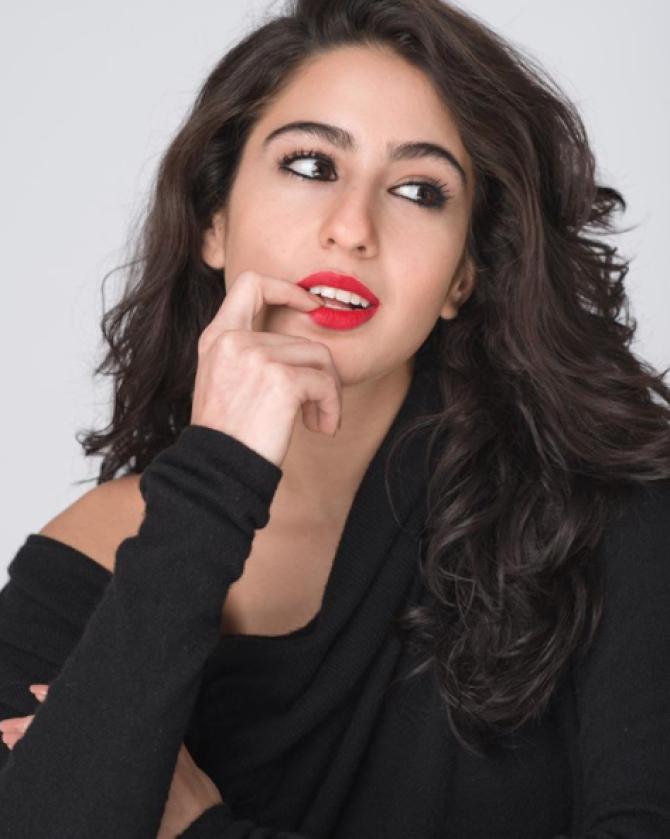 On May 13, 2020, Sara Ali Khan took to Instagram handle with the box of her precious memories along with her and posted some unseen pictures from her childhood. However, this time around, the actress picked up the pictures that are featuring her BFFs, Ishika Shroff and Vedika Pinto. While some pictures are from their childhood days, some are from their teenage days and ending up at some of their recent pictures. Along with these mesmerising photos, Sara Ali Khan wrote a caption revealing that their friendship is 23 years old. Her caption can be read as “Through thick and thin (Literally) Known you for 8,395 Din.. Thick as thieves, close as Kin If you two are my friends I’ll always Win.” Take a look and get jealous. (Don’t Miss: Anushka Sharma Misses Supporting Hubby, Virat Kohli From The Sets While Shooting, Shares Picture) 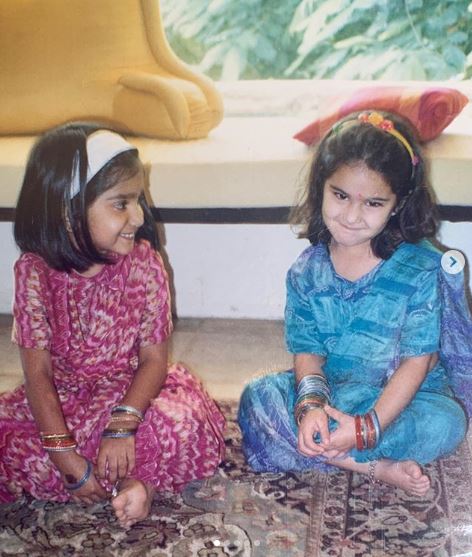 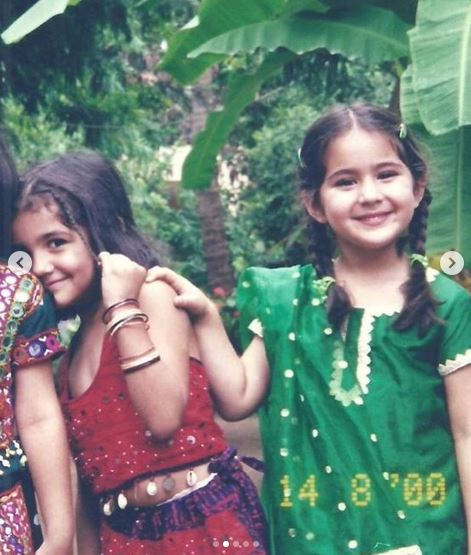 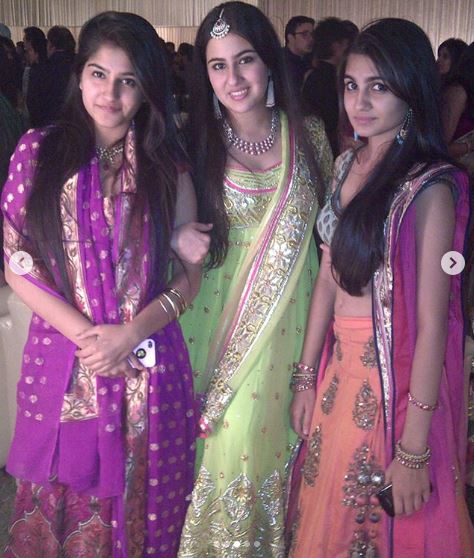 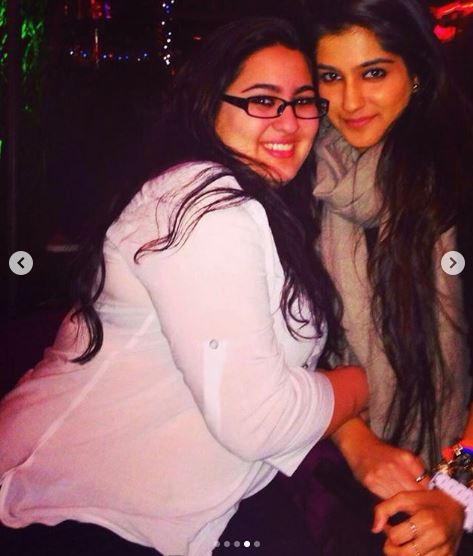 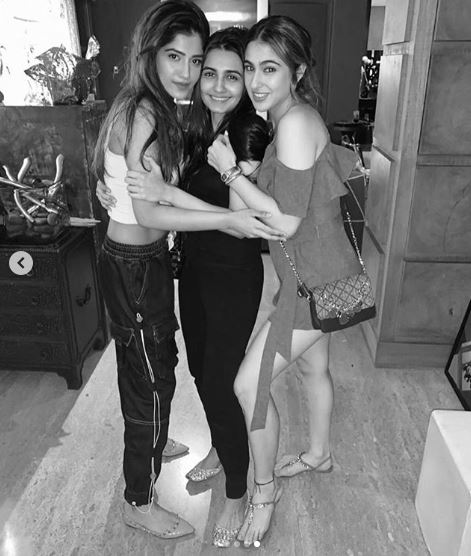 No wonder the pictures are adorable and define BFFs goals in the best way possible. Well, the actress is spending time with her family amid the lockdown like everyone else but also making sure that she makes the most out of this time. As a result, she’s revisiting all the beautiful phases of her life with photographs and also sharing the same with her fans on Instagram. On May 10, 2020, Sara had taken to her Instagram handle and had posted an old picture from her baby days with mother, Amrita Singh and grandmother, Rukhsana Sultana on the occasion of Mother’s Day. In the picture, we could see little Sara in the arms of her grandmother as her mother smiles looking at her. Along with the picture, Sara had written, “Meri Maa ki Maa Thank you for creating Mommy #HappyMothersDay” in the caption. Take a look. 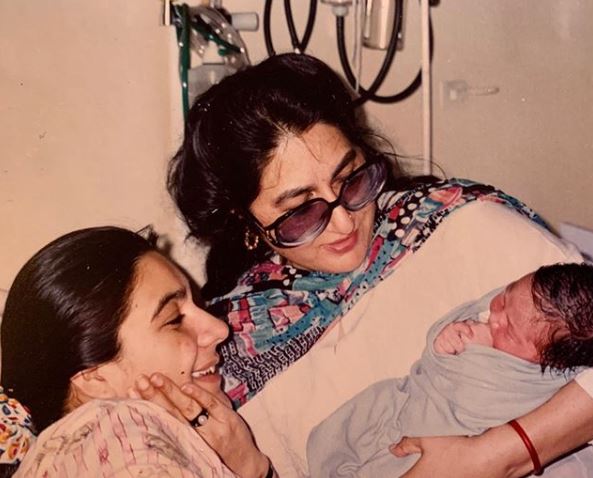 These beautiful thoughts of Sara Ali Khan are what make her everyone’s favourite and a glimpse of the same could be seen in her interview with the Filmfare Magazine years ago. In which the actress had revealed if she’s following any strategy to get into the hearts of people or not. And on which she had said, “As a newcomer, what’s utmost important is conviction. I need to be convinced about my director, the script or the role or preferably all. People talk about that one Friday. What they don’t realise is how many Mondays, Wednesdays and Sundays, are spent shooting. You live in a world, far away from home, in an unfamiliar environment, working towards something. The only way I can work is honestly, purely and with conviction. So that’s the only strategy I will follow.” (Also Read: Aayush Sharma Tries To Make His Baby, Ayat Smile With A Squeaky Voice, Shares Family Moment) 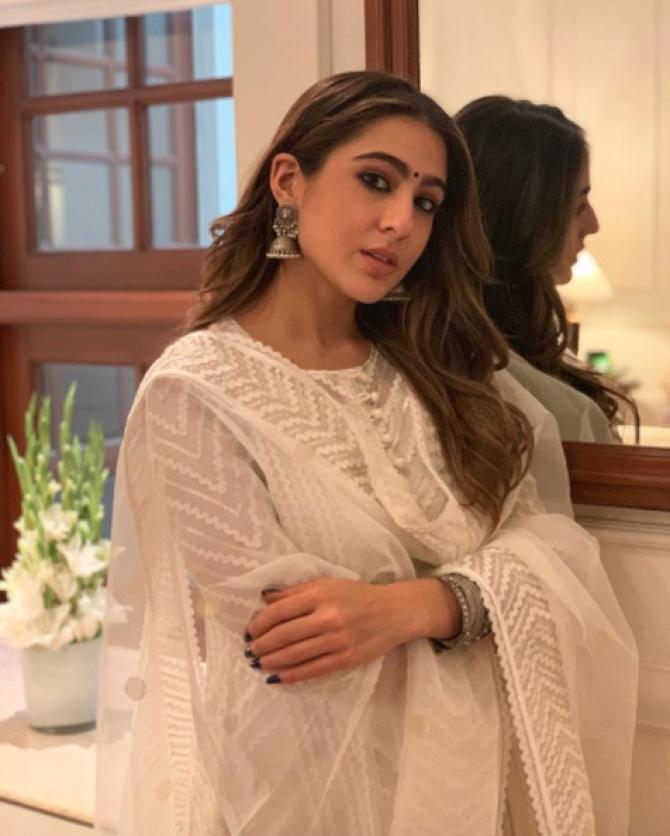 Do you also have BFFs as Sara has in her life? Let us know!