Saif Ali Khan and Amrita Singh’s beautiful daughter, Sara Ali Khan, recently made an exceptionally good debut in Abhishek Kapoor’s Kedarnath opposite Sushant Singh, giving us more reasons to fall in love with her. The millennial influencer is not only receiving a lot of praises for her undisputed fashion files but also for her acting skills that she showcased as Mukku in the film. (Recommend Read: Saif Ali Khan And Stepmom, Kareena Kapoor Khan Finally Watch Sara Ali Khan's Debut Kedarnath) 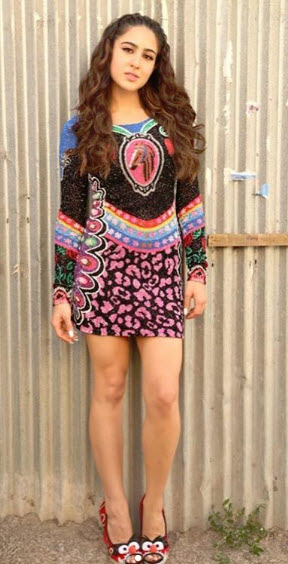 The actress recently featured on Television with daddy, Saif Ali Khan for Karan Johar’s - Koffee with Karan Season- 6 and it turned out to be the most popular episode of the season so far. As audience got to see her fun and bubbly side. She also opened on how happy she was to see her father finding love and getting married for the second time to Kareena Kapoor Khan. 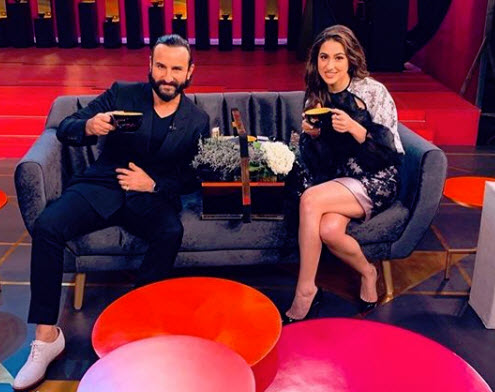 And that's not it, Sara also shares a loving relationship with half-brother Taimur Ali Khan and often posts adorable pictures with him on social media. This year on Raksha Bandhan, we saw a bond inseparable of time, distance and age as the pictures of Sara, Ibrahim, Taimur and Inaaya started doing rounds on our social media handles. And in a recent interview with Deccan Chronicle, the actress revealed what Raksha Bandhan gift she got from Taimur. In the interview, she was quoted as saying, " It was fun celebrating Rakhi with Taimur. He gave me Rs.51. It is fine as he is small." *So Cute* (Also Read: Sara Ali Khan On Her Stepmom Kareena Kapoor, Says She Can't Associate Her Beyond 'Poo') 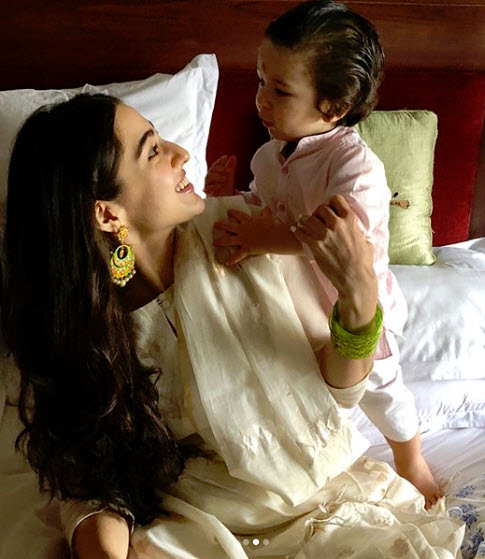 Just like the entire nation, Sara Ali Khan is also fond of her baby brother Taimur. And during the promotions of Kedarnath on the singing reality show, Sa Re Ga Ma Pa 2018 the actress was presented with a Taimur’s look-alike doll which she couldn’t let go off. While the doll has received a lot of praises and trolls from the netizens, what amazed us the most was Sara’s loving reaction to it. And the warmth with which she hugged it. 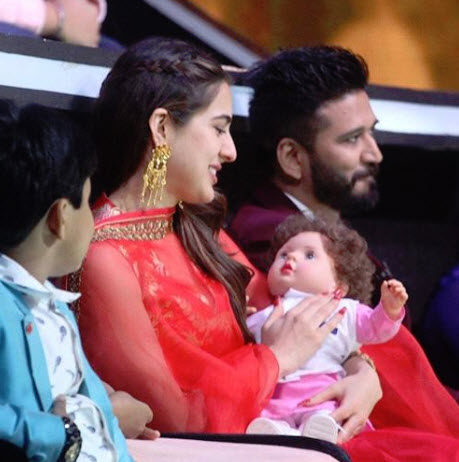 Sara is known for her compassionate gestures. As just before the release of her debut film, she had sent handwritten notes to the paparazzi, thanking them for being warm towards her even before the release of her first film. She further praised them for clicking “lovely pictures” to the “wonderful captions” they write for her. She had also invited them for the coffee before her debut film hits the screen. (You may also like: Kartik Aaryan Responds To Sara Ali Khan's Wish To Date Him, Says He's Waiting For Her Address)

The note was shared on the Instagram handle of a leading paparazzo, Viral Bhayani and captioned it, “Koffee with #saraalikhan”.  He further wrote, “She is old school, man. She wrote this letter herself and sent it out to the photographers. She is taking us out for coffee. Wow, no one writes letters anymore unless it is addressed to the BMC. And a letter without emojis appreciated.” Check it out here:

Aww, Sara definitely knows how to win every heart with little things. In fact, the photographers and fans appreciated her cute gesture and wished her all the best.

After the release of Kedarnath, Sara is all set for the release of her second film Simmba which also stars Ranveer Singh. Well, we simply can’t wait for it to hit the screens. Saif Ali Khan is one of the most talented actors in Bollywood. With films like Omkara, Kal Ho Naa Ho, Love Aaj Kal, Kurbaan, Race and many more, Saif has proven his mettle in acting. The actor was also seen in pivotal roles in the much-acclaimed OTT series, Sacred Games