Sara Ali Khan is already a huge name in the industry because of her incredible acting skills. However, this time she is winning hearts for posting a cute picture from her childhood days. 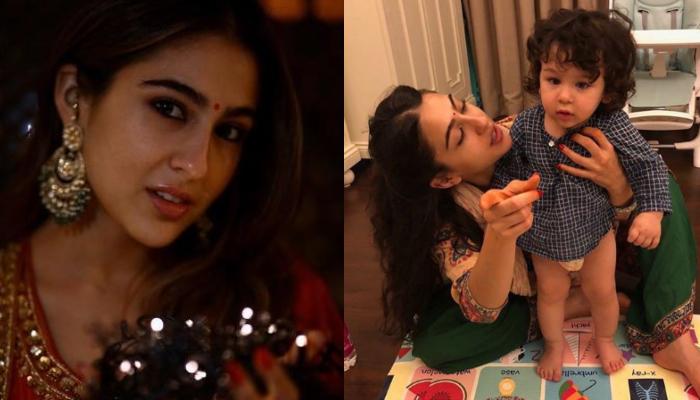 In our life, we all have felt a little bit inferior in front of other people because of our respective insecurities. During our childhood days, we all used to have our eyes glued on that guy with a perfect hairstyle or on that girl whose face is no less than a fluorescent bulb. We used to envy them for the looks they have and the attention that comes with it. But, with time as we became more mature and knowledgable, we started analysing things more stably. And, came to know that the things because of which we used to envy them are a gift of God given to them and that we are going to die ugly (Joking). But, sadly it’s the truth and it’s a hard one to digest. But, never forget God gives the hardest of things to digest the ones, he loves the most. Feeling happy now? (Recommended Read: Mahhi Vij Shares A Cute Wish For Daughter, Tara Jay Bhanushali's First Lohri)

Well, this blessing is the reason why most of the people (I’m too) out there don’t participate in this tradition of posting childhood pictures on social media. It’s not like they’re not good-looking but it’s just the fact that Instagram isn’t going to handle their charm; it’ll be more like a beauty bug. However, there’s a Bollywood actress out there, who is regarded as the princess of sharing throwback pictures on Instagram. Yes! You guessed it right (We have faith in you); it’s none other than Kedarnath and Simmba actress, Sara Ali Khan. The Bollywood actress loves sharing her childhood pictures with her fans on the Instagram account and is one of the reasons why millions of people are in love with this young actress. 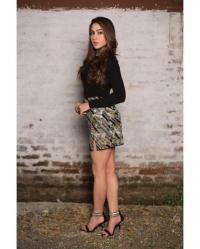 This around, Sara Ali Khan has posted a picture of herself standing alongside a traditional film camera. In the picture, we can see Sara wearing a charming little pink frock with red shoes. The funny part of the throwback picture is the fact that our favourite Sara is just a few inches taller than the camera she’s standing with. The actress captioned the picture with a sweet little caption and to be honest, it fits perfectly with the picture, as the caption reads, "Loved the sun, for many suns". As soon as the picture was uploaded through Sara’s Instagram handle, fans and celebrities started commenting on the adorable pictures with compliments and emojis. See the adorable picture down below: (Also Read: Janhvi Kapoor Shares A Picture Of Father, Boney Kapoor With Chachu, Anil Kapoor From 'Hum Paanch')

Reacting on the picture, a lot of fans were pointing towards the uncanny resemblance of Sara with her step-brother, Taimur Ali Khan. There’s no denying the fact that Sara Ali Khan has more features from her father, Saif Ali Khan in comparison to her mother, Amrita Singh. This isn’t the first time when Sara has shared her childhood pictures on Instagram, as last year, she shared her adorable pictures from childhood days in an ethnic outfit doing her iconic adaab pose. Here's the picture down below: 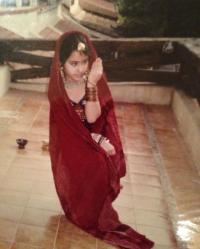 Only by having a look at these pictures, we can understand how much passion Sara had in her heart for acting. Last year, in a Leadership Lecture Series of Global Indian International School, the young actress had talked about her dream of becoming an actor in Bollywood since childhood. She had said, "Acting has always been a dream, but then I got distracted. Firstly, I was really fat and secondly, I was very nerdy, and the combination meant that I shouldn't be acting. So I used to keep studying and there was a time when my mother used to confiscate my books because she would say it's not normal to study so much." 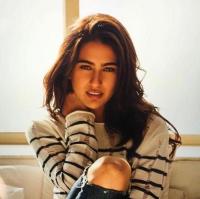 In an interview with the Harper’s Bazaar magazine, Sara Ali Khan had talked about the things that she used to keep in her mind while shooting and had revealed, "When I’m on camera, I don’t remember what I’m doing. I’m truly present and reacting to what my co-stars are doing. As long as you’re aware of the character you are playing, in the hands of a director who has his eyes on you, and have a supportive co-star, there isn’t much for you to do. You just have to be on set, and react." (Don't Miss: Neha Kakkar Calls Aditya Narayan's Mom, 'Sasu Maa' After She Praises And Accepts Her As Her 'Bahu') 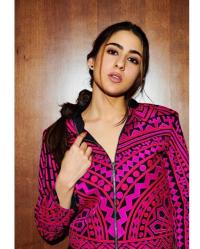 Well, Sara’s throwback pictures are no less than a stress-buster for many. Hope we have them coming! 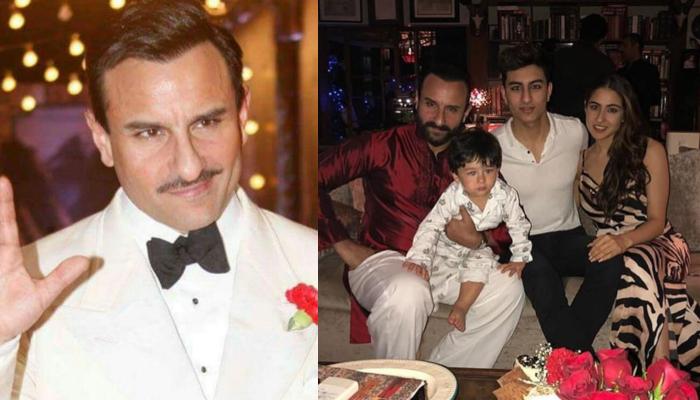