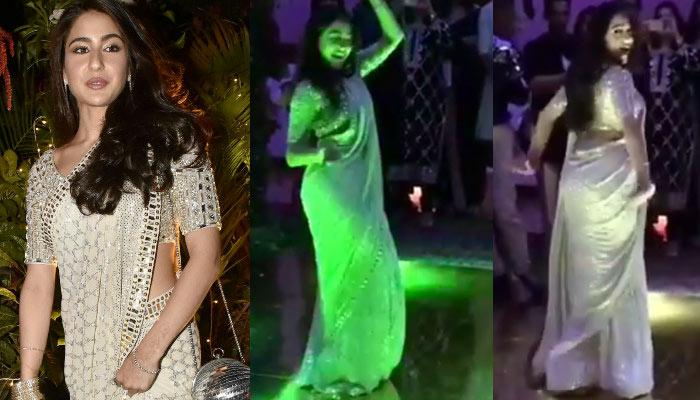 April 22, 2018, could be termed as one of the most glamorous and fun days in the Bollywood world this year. When the ace designer-duo, Sandeep Khosla and Abu Jani hosted a wedding reception for Saudamini Mattu, the entire Bollywood fraternity came out to attend it. Saudamini is Sandeep's niece. For the uninitiated ones, Saudamini married a Delhi-based architect in April, and Sandeep hosted the reception in Juhu for their Mumbai friends. (Also Read: Shahid Kapoor On Mira's Second Pregnancy: 'It Was A Spontaneous Decision And It Just Happened.')

From Bollywood, names like Amitabh Bachchan, Aishwarya Rai Bachchan, Karan Johar, Sonam Kapoor, Dia Mirza, Sara Ali Khan, Neetu Singh, Tabu, Dimple Kapadia, Bhumi Pednekar, among many others were present at the reception. Everyone rocked the dance floors like never before. And one celebrity who stood out is Sara Ali Khan. 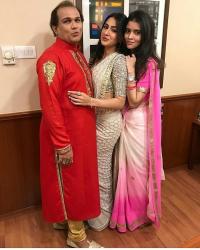 Sara looked extremely beautiful and has set her own style statement. For the Saudamini Mattu's reception, Sara Ali Khan donned a white saree and silver blouse which had heavy mirrorwork. Her soft curls, and simple jewellery, which also included a pair of subtle earrings, added to her overall charm and warmth. She also carried a wrecking ball style sling purse and was all smiles posing for the shutterbugs. (You May Like: Lalu Prasad Yadav's Son Tej Pratap Yadav Takes Newbie Wife Aishwarya Rai On A Romantic Bicycle Ride) 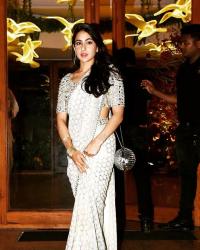 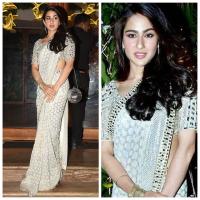 Sara Ali Khan is definitely known for her gorgeous looks and always sets the social media on fire whenever her photos surface online. But have you seen Sara dancing her heart out? Well, that’s what she did at the reception and the video went viral online with people swooning over her killer dance moves. Sara danced to the blockbuster hit song, Saat Samundar and flaunted her latkas and jhatkas like a pro! Check out her dance:

For those who do not know, Sara Ali Khan is Saif Ali Khan and his former wife, Amrita Singh’s daughter. Earlier, there were reports that Amrita Singh had a problem with the way Sara dressed at an event. A leading daily reported, “Amrita did not like Sara flaunting her midriff in the short top. The actress usually sports long flowing kurtas and churidar and likes Sara also to dress up in the same way (they even posed together wearing similar outfits for a magazine cover).” 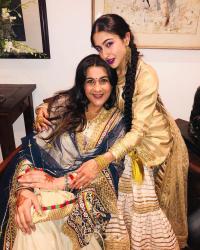 However, Amrita tossed such rumours and cleared the air herself, “I have a problem with the way my daughter dresses? And I resent Sara’s rapport with Kareena? Absolutely untrue! I don’t have any problem with Sara and Kareena’s equation at all. I totally approved of Sara’s attire for Kareena’s party.” 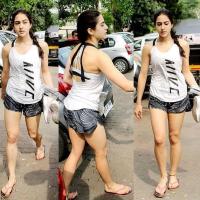 On the professional front, Sara Ali Khan will make her Bollywood debut with Rohit Shetty’s Simmba starring opposite Ranveer Singh. About Sara being the part of the film, Rohit was recently quoted as saying, “She is happy to be a part of this. In fact, Sara wants to be part of an action film. I am happy to know that she wants to do all kind of cinema and doesn't want to get stuck to a film or genre. She wants to do solo heroine film, ensemble film, hardcore commercial film, love story, comedy, women-oriented subject... She wants to experience everything. She comes from that schooling and I like that in her.”

Well, what do you think of Sara’s looks and dance moves? Do let us know in the comments section below.

Next Read: After A Hush-Hush Wedding, Himesh Reshammiya And Sonia Kapoor's Honeymoon In Dubai, Pics Inside!