BFFs of Bollywood and star kids, Janhvi Kapoor and Sara Ali Khan visited the Kedarnath Temple together to offer prayers. Fans cannot stop praising them for their 'sanskar'.

In Bollywood, where most actresses are at loggerheads with each other, finding true friends in the industry is very rare. Over the years, we have witnessed some of the ugliest catfights amongst actresses either for their relationships or for being replaced in some film or the other. However, at times, there are many divas, who break the notion that B-Town actresses cannot be friends and make everyone jealous with their friendship.

One such BFF duo is Sara Ali Khan and Janhvi Kapoor. While Sara is the daughter of Bollywood actor, Saif Ali Khan and his former wife, Amrita Singh. On the other hand, Janhvi is the daughter of renowned actress, Sridevi and her producer-husband, Boney Kapoor. Both of them are quite often spotted in the city going to the gym together. There's no doubt in the fact that both of them have achieved a lot in their respective careers at this young age, but they have not let their success come in between their friendship and is becoming stronger day by day.

Sara Ali Khan And Brother, Ibrahim Introduce Their New Workout Partner And It Is Not Their Mother

Recommended Read: Rajkummar Rao Reveals Why His GF, Patralekhaa Thought He Was A 'Neech Aadmi' On Their First Meeting Recently, the BFF duo, Janhvi Kapoor and Sara Ali Khan jetted off to Uttarakhand to offer prayers at the Kedarnath Temple and their multiple fan clubs reposted the pictures from their visit. Pictures of the divas doing the puja and posing in front of the majestic hills went viral over the internet. In some of the pictures, Sara was seen donning a purple bomber jacket, with grey earmuffs. On the other hand, Janhvi wore a glitzy silver jacket with a muffler.

As soon as the pictures were shared online, one of the fan pages took to their Twitter handle and couldn't help but gush over their growing friendship and appreciated them for not forgetting their 'sanskar'. Reposting the pictures, the post was captioned as "Wow. This is called sanskaar. You both are doing a really good job. May God bless you both! They are in Kedarnath Dham!”

A few days back, Janhvi and Sara had graced Ranveer Singh's show, The Big Picture, and had talked about their friendship. When the host had asked them how they had become friends, the duo had said that it was through common friends but later Janhvi recalled seeing Sara at an award function. In her words:

“I met Sara for the first time at an award function. I had tagged along with mumma (late actor Sridevi) and we were very young. I still remember Sara was sitting with Amrita aunty (Sara’s mom Amrita Singh), baar baar heroine waale nakhre kar rahi thi (she behaved like a heroine). She was wearing a saree or salwar kameez at that time, I think. She did it (gesturing that she pushed her hair back) with such elegance, I wanted to become her friend.” On October 21, 2021, Sara had taken to her IG handle to drop a series of pictures with Janhvi and had penned a heartmelting note for her BFF. Along with the pictures, she had stated how their friendship had evolved and had written:

Real princesses fix each other’s crowns. Friendship, inspiration, motivation from gyms to gowns. Loving, laughing, smiling, no place for frowns. Because it’s always a blast with you at home, at shoot or in remote Indian towns 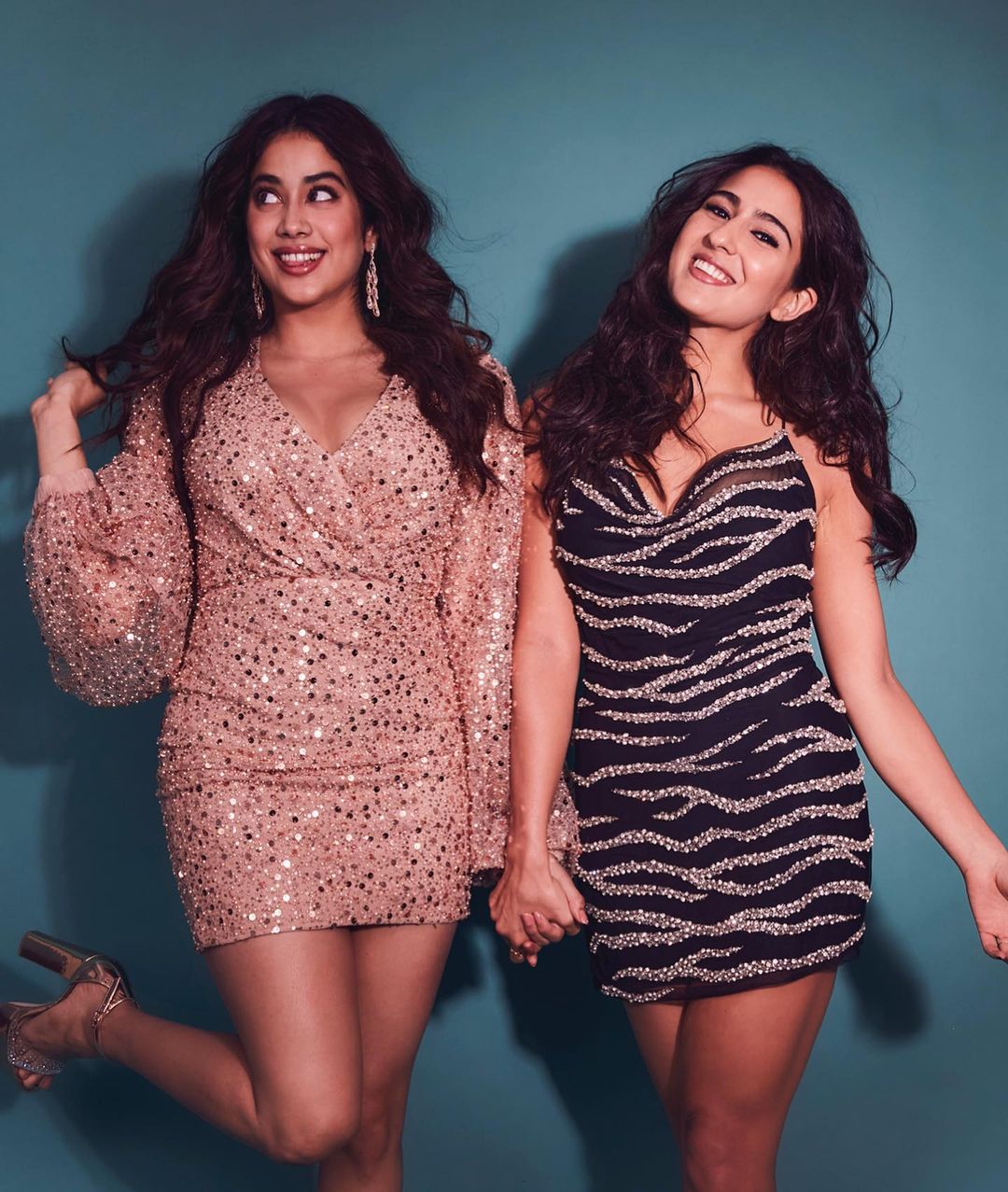 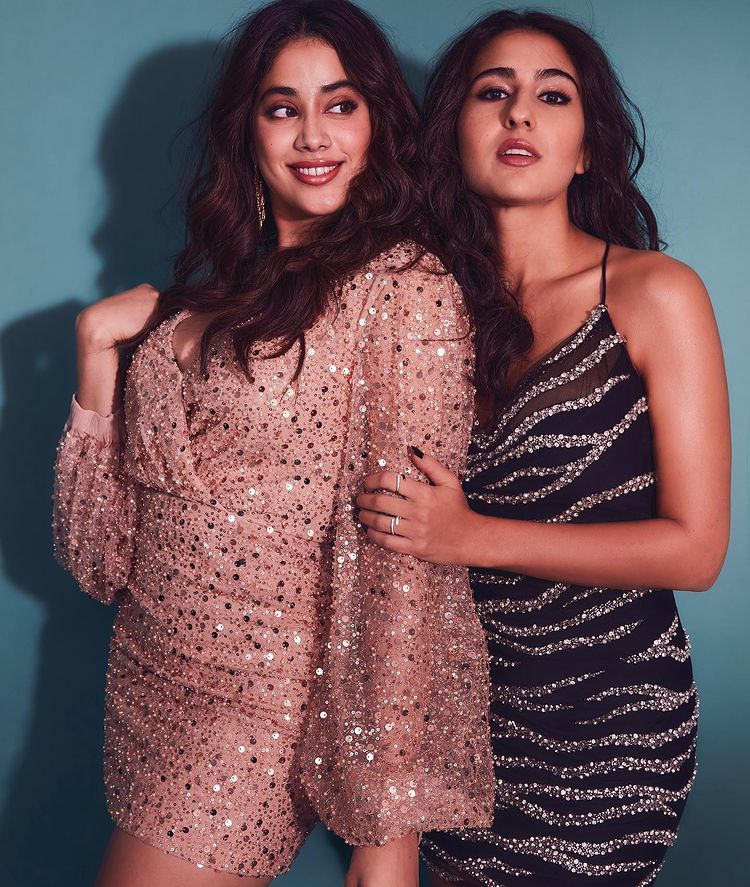 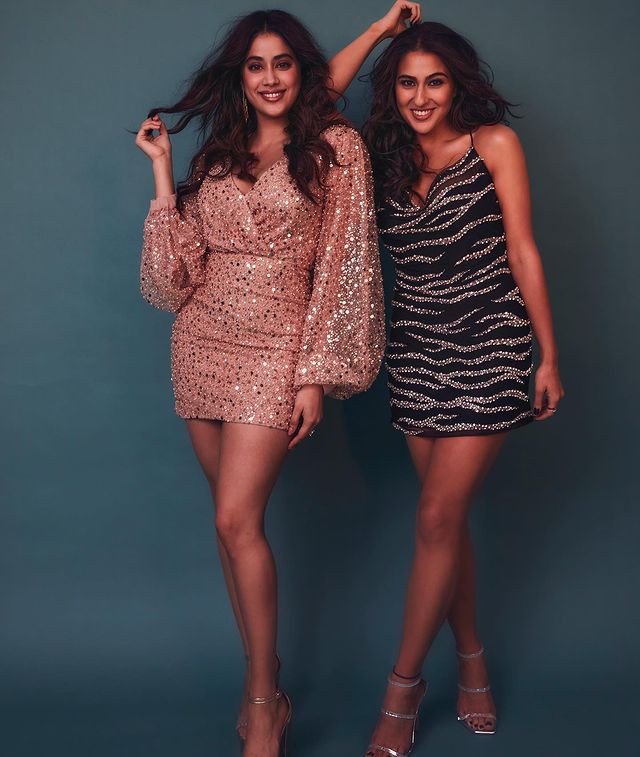 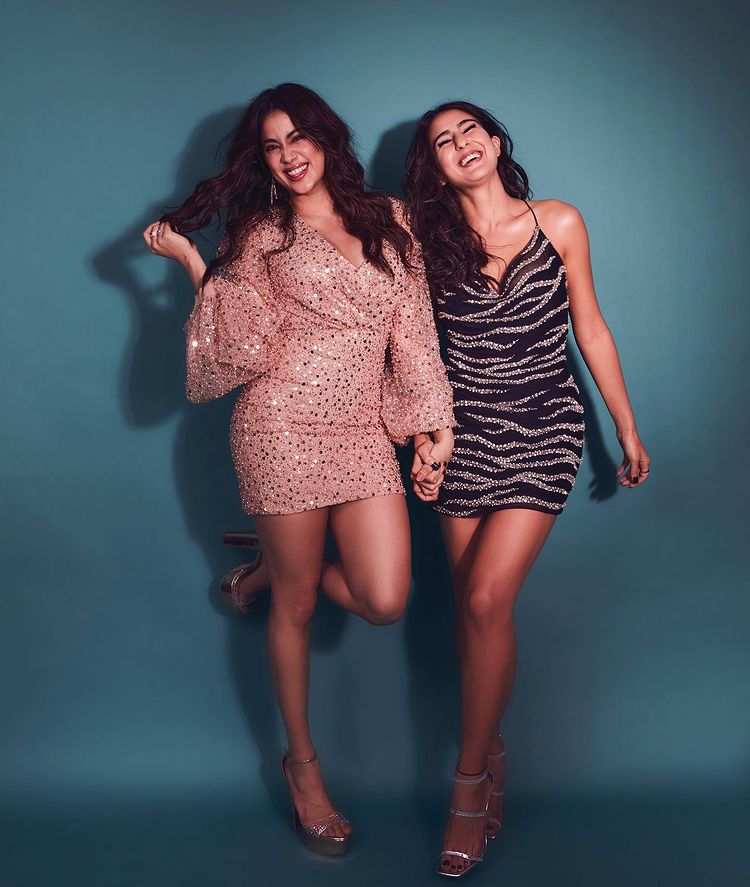