Sara Aftreen Khan shared some crucial details about her postpartum weight loss journey in an exclusive interview with us and her diet plan. Check it out! 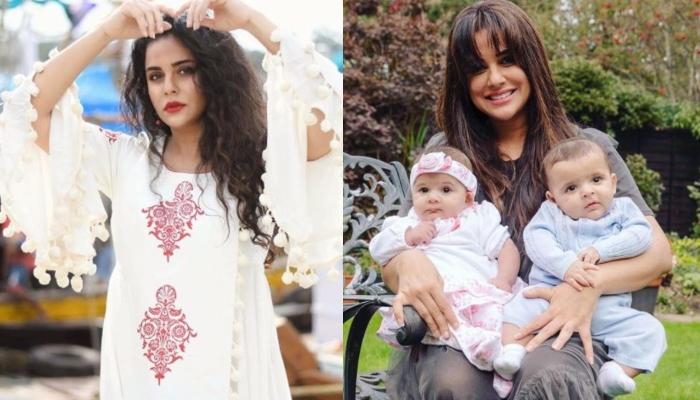 It's hard to describe the word 'motherhood' in just mere words, maybe because it's a phase that transforms a woman into a selfless being for eternity. Right from the day when she conceives to the day when she hears the first cry of her little munchkin, a phase that is nothing less than a rollercoaster ride of emotions for a woman. Popular television actress, Sara Arfeen Khan is one of the few actresses, who talked about motherhood time and again. The actress had gotten married to Arfeen Khan in the year 2009, and there's no doubt that together, they make for an awesome couple. (Recommended Read: Bruna Abdullah Shares Funny Video Of Daughter, Isabella Titled 'Me vs The Girl Who Stole My Husband')

Last year, we heard the news that Sara Arfeen Khan is pregnant after 10 years of marital bliss with her life-coach-hubby, Arfeen Khan. And on June 20, 2019, Sara was blessed with twin babies, whom she had named after the first and last alphabet of English, Aizah and Zidane. The actress talked about some of the most underrated topics with which every mother deals with during this phase in her latest interview. Scroll down to read it all! 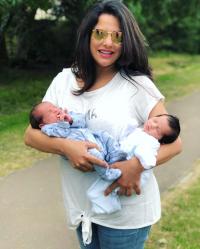 In an exclusive interview with BollywoodShaadis, popular television actress, Sara Afreen Khan talked about her postpartum weight loss and highlighted some surprising and essential points about her diet and workout routine. The gorgeous actress said that postpartum is an extremely crucial phase for women because of its impact on the physique and health of the mother. She said, "It is a very crucial time for women after they have given birth. Although resting and eating well is important, one must also start working out once the resting period is over as later, you will tend to get used to your excess weight. Besides the longer you leave, the harder it gets to shed that postpartum weight." 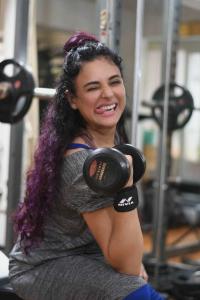 Going further in her interview, Sara stressed on the importance of workout and stated how it helps in raising the energy levels of the mother, which will help her in taking good care of her child. She added, "For me being fit is more important now than ever before because I will be able to look after my twin babies better and indulge in all the physical activities with them." She also added that every parent should teach their kids the importance of fitness for their health. She retorted, "Also, as parents, if we stay fit and healthy, our kids will pick up the value of a healthy lifestyle naturally."

While Sara has given top-most priority to fitness, she strongly believes in the importance of having a good diet plan. The actress has revealed her diet plan and workout routine for all the mothers out there so that they can also lead a healthy lifestyle after childbirth. Revealing the same, Sara said, "I work out 4 days a week, and my workout is 30-40 mins cardio and then 20 mins weight training. As for my diet, I try to maintain a protein diet however, Sundays are my cheat day or you can say carbs day!" (Don't Miss: Mohit Sehgal Wishes His Soulmate Sanaya Irani On Her 37th Birthday, Calls Her The Most Precious Gift) 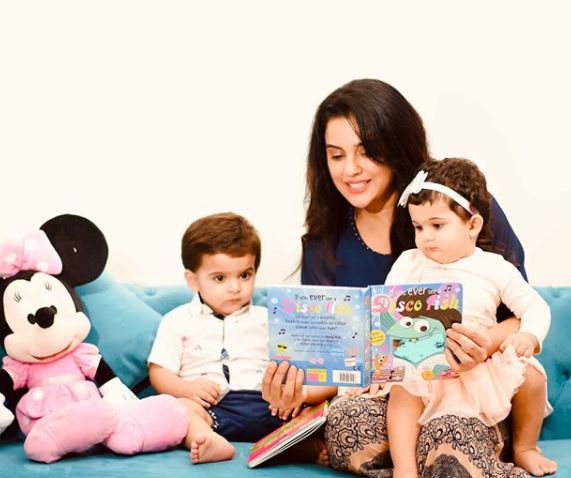 This isn't the first time, when Sara has enlightened people with her valuable thoughts, as we have seen her talking about the most unspeakable issues, postpartum depression some months ago. However, as for now, the actress is living one of the most beautiful and much-deserved phases of her life with her twins, Aizah and Zidane, and hubby, Arfeen Khan. On June 20, 2020, Sara Arfeen Khan had taken to her Instagram handle and had posted a heart-melting video with her kids, Aizah and Zidane. Along with the video, Sara had penned a long caption and an excerpt from the same could be read as "Happy 1st birthday Aizah & Zidane. These are by far my most precious blessings. It feels like yesterday when I heard their first cries and went all numb... I didn't know being a mother has so much more meaning along with giving life." (Also Read: Nita Ambani Twins With Her Bahu, Shloka Mehta In Hues Of Green For Shrimad Bhagwat Saptah At Antilia)

Share your thoughts on Sara's insightful take on postpartum weight loss with us!