It's never easy to nurture a living being inside you for about nine months and giving birth is one of the most magical and bone-breaking tasks that a woman performs. Do you know the amount of pain and changes a woman goes through during her entire pregnancy phase until childbirth? It is indeed an uphill task, and there's a reason why only women are tasked by the almighty for this beautiful and powerful creation. (Recommended Read: Sanaya Irani Celebrated Her Birthday With Hubby, Mohit Sehgal And Friends, Shares Adorable Pictures)

Well, a big thanks to celebrities like Bruna Abdullah, who share their childbirth stories with their fans, so that they can get some insights about the process of childbirth. However this time around, the actress has hilariously accused her little princess, Isabella for stealing her husband, Allan Fraser from her. Scroll down to see the funny video! On September 17, 2020, popular Bollywood actress, Bruna Abdullah took to her Instagram handle and hilariously accused her daughter, Isabella, for stealing her husband, Allan Fraser from her. The actress shared a comparison video titled, 'Me vs the girl who stole my husband' and it's simply hilarious and surely the best thing on the internet today. In the video, we can see the doting daddy playing, talking, and spending quality time with his little princess, Isabella. Along with this video, Bruna wrote, "Me vs the Girls who stole my husband @alfromscotland" in the caption. Take a look: (Don't Miss: Nita Ambani Twins With Her Bahu, Shloka Mehta In Hues Of Green For Shrimad Bhagwat Saptah At Antilia)

For the uninitiated, it was back in the year 2018, when the Desi Boyz actress, Bruna Abdullah had shared a mesmerising video of her boyfriend, Allan Fraser, proposing her, which had left her bursting into tears. Almost a year later, in May 2019, Bruna had shared a piece of super-happy news with everyone that she is 5-months-pregnant. And later, on August 31, 2019, Bruna had tasted motherhood by giving birth to their adorable daughter, whom they named 'Isabella'. Sharing a close-up of their little one, the newbie mommy had written on September 01, 2019, "I am so proud and excited to introduce the newest member of our family, Isabella. She was born on August 31 in Mumbai! We are doing great! I can't stop drooling over her." Take a look: 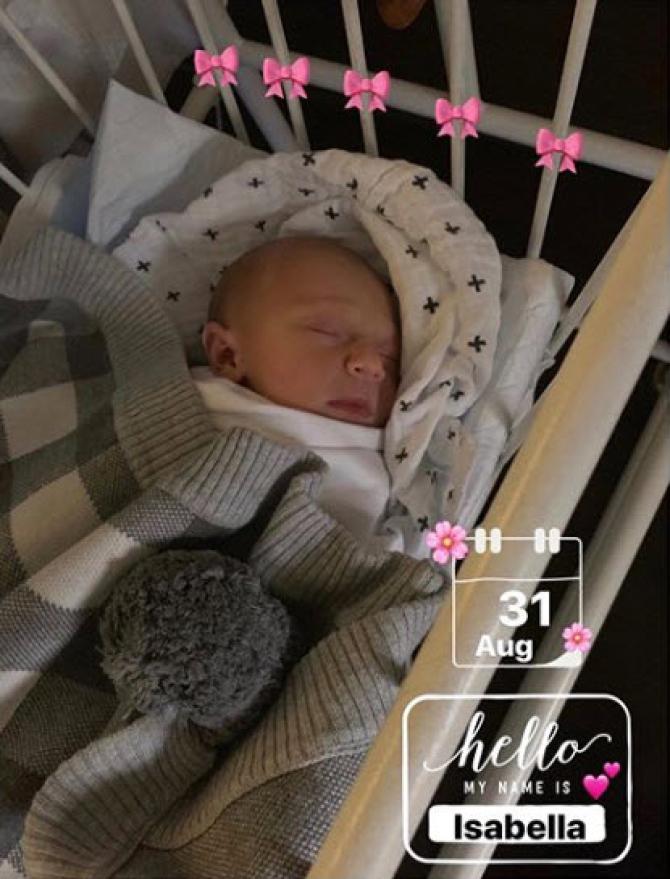 Bruna Abdullah had revealed, time and again in interviews, that she wanted a water birth for her little munchkin. And thus, on September 22, 2019, the doting mommy had taken to her Instagram handle and had shared a picture straight out of the pool from her child's water birth. Along with the beautiful picture, she had penned, "My Birth Story: Even before I was pregnant, I knew I would have a water birth! I wanted the birth of my baby to be as gentle as possible, and without any drugs, I hated the idea of having to deal with the side effects of all the medication they would give me at the hospital." 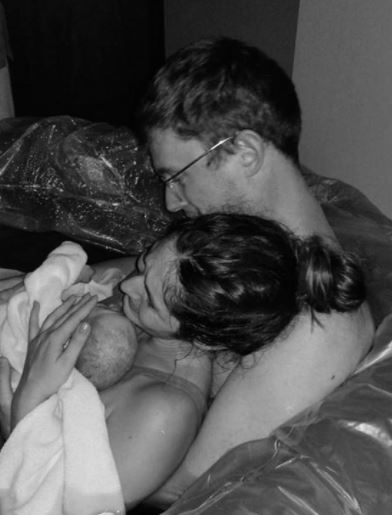 Bruna Abdullah's post had concluded with, "I also asked for it to be pain-free, but that wasn't really what happened!! Saying that, I feel like a superhero, kind of invincible, now I feel like I can do anything... it was important to me to be fully in control, awake, for the arrival of my baby. I wanted nature to do its job! It was magical, and I had no idea that I was so strong, I felt everything with so much intensity, her descent, the contractions.. that as soon as it was over, the only thing I could feel was love and pure happiness! The pain vanished, I recovered in minutes, and I was able to enjoy her from the very first minute! She was awake and alert! Calm and beautiful! She is my everything, thank you @alfromscotland for giving me the best gift one could ever ask for. #forisabellatoread #waterbirth #hypnobirthing #womenpower.” (Also Read: 'Race 3' Star, Freddy Daruwala Revealed He And His Wife, Crystal Variava Welcomed Their Second Child) 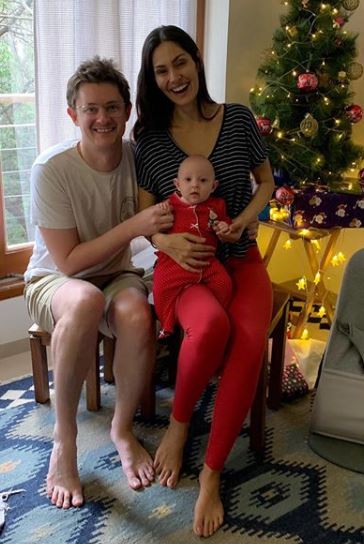 Did you like Bruna's hilarious video? Let us know!