After four years of marital bliss, Divyanka Tripathi Dahiya revealed the secret eighth wedding vow and every millennial couple can easily relate to it. 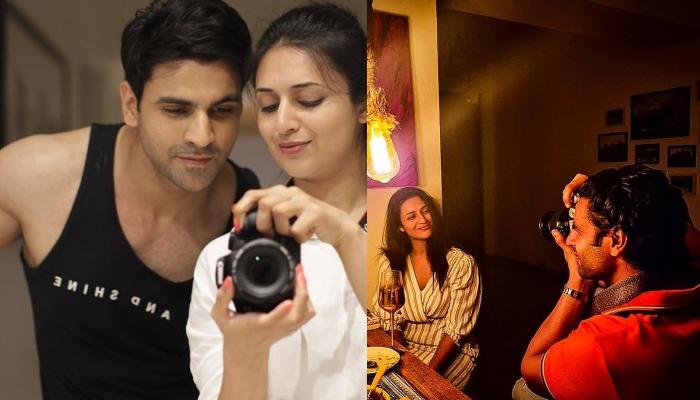 Saat phero se bandha janmo ka yeh bandhan, pyaar se joda hai rab ne preet ka daaman… The seven wedding vows bind a couple with promises of love, support and respect. But gone are the days when the pandit used to explain a couple the seven vows of marriage. Instead, now couples prefer taking a unique personalised road by deciding some ‘realistic’ vows for each other. From promise to grow old together but never grow up, in sickness and in health vowing to pamper your partner with their favourite meals, pledging to understand if at times one has to prioritise work over a date night to assuring not to watch the next episode without them; the millennials have forgone the traditional ‘till death do us apart’ wedding vows with the realistic ones. (Also Read: Virat Kohli's Reaction Is All Heart On Preggy Wife, Anushka Sharma's 'Messy Hair, Don't Care' Selfie)

It was on July 8, 2016, when Divyanka Tripathi had added the surname ‘Dahiya’ to her name post her wedding with Vivek Dahiya and since then, they have been swooning us over their ‘match made in heaven’ chemistry. Divyanka and Vivek have been making the most of the married life and cherishing the milestones of their lives together. In February, Divyanka and Vivek had moved into their new home in Lokhandwala on the auspicious day of Maha Shivratri and had hosted a griha pravesh puja in the presence of their families and close relatives. Ganesh Chaturthi 2020 was extra special for Divyanka and Vivek as they had welcomed Lord Ganpati at their home for the first time. Here’s a glimpse of ‘DiVek’s first eco-friendly Ganpati’ at home.

After four years of marital bliss, Divyanka Tripathi Dahiya revealed the secret eighth wedding vow and every millennial couple can easily relate to it. Sharing a glimpse of their date night, as she posed with a wine glass on the table and Vivek clicking her picture, Divyanka wrote, “Wedding vow no 8-Will be your hands-on model and photographer forever! #SaturdayNight.” Divyanka vowed that she will forever be Vivek’s muse and photographer! Isn’t it sweet?

July 8, 2020, had marked to be fourth wedding anniversary of Divyanka Tripathi Dahiya and Vivek Dahiya. To express her love for Vivek on their fourth anniversary, Divyanka has found a creative way as she doodled 'love you to the moon and back' and cute illustrations on a dark wall in their home. Meanwhile, Vivek had let the champagne flow as a toast to his married life. While Divyanka had captioned her post as “Small big things one does to express love. #DivekAnniversary #8July #AllWeCanDoInCorona #Doodling on board this time”, Vivek had written, “I only drink champagne when I get married... or when I celebrate it #8July #DivekAnniversary." (Also Read: This Video Of A Pandit Singing Bollywood Songs On Pheras Instead Mantras At A Wedding Is Going Viral)

Wishing Divyanka Tripathi Dahiya on their fourth anniversary, Vivek Dahiya had posted a picture from their wedding reception in Chandigarh, and had captioned it as “As long as we have each other...Happy 4th love @divyankatripathidahiya.” Divyanka had posted glimpses of the surprise celebrations by Vivek and had written, “Least did I know four years back that we were creating a happily ever after for real. Nothing can match the magic your presence creates. Happy Anniversary my love. Let's celebrate the best decision of our life @VivekDahiya. #DivekAnniversary #SurpriseByHubby #LastNight.” Vivek had also given a beautiful anniversary gift to Divyanka and sharing pictures of his wife flaunting the present, he had written, “Cause all of me loves all of you.”

Amidst the ongoing debate on nepotism, Divyanka Tripathi Dahiya had spoken on a different perspective of the issue and how individual talent must be acknowledged instead of addressing them as someone's daughter/son/spouse/child. To condemn news portals for addressing Vivek Dahiya as her husband instead of giving him an identity of his own, Divyanka had shared a series of tweets. Retweeting a now-deleted link, Divyanka had tweeted, "Why don’t they refer to it as @VivekDahiya08 and wifey? It wasn’t even my post! I’m here since eons but does the industry give new talent much deserved respect? Let’s not cry fowl on name of nepotism. Vicious circle starts here! Not targeting one. Pointing at a common practice." (Also Read: Abhishek Bachchan's Befitting Reply To The Trolls Who Called Him 'Product Of Nepotism' And 'Jobless')

We wish many more such years of love, happiness and togetherness to Vivek and Divyanka!