Sanjay Dutt shares throwback pictures of his mother, Nargis Dutt from his archives. On June 1, 2020, on the occasion of Nargis ji’s birthday, Sanjay remembers her with a heart-melting video. 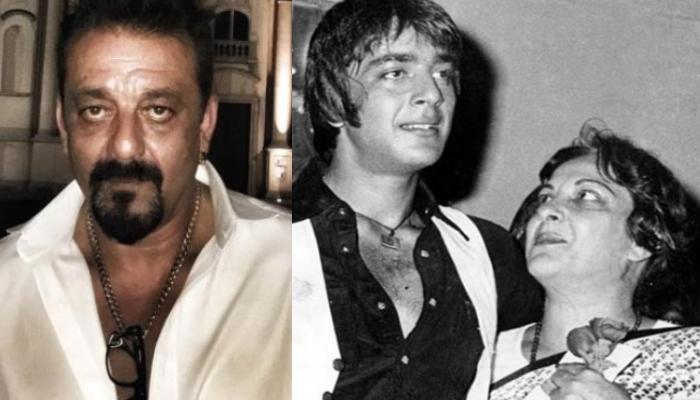 Nobody in this world can take the place of a mother. The sacrifices and compromises made by her are non-comparable. From understanding the tiniest problem of her child to going to any extent to resolve it, the bond between a mother and her children cannot be merely described in words. She carries a life inside her for nine months without thinking about her discomforts and makes sure to take care of every need of her baby. Bollywood is filled with many doting mothers but the one, who had always stood like a pillar of strength for her son is Nargis Dutt. (Also Read: Ranveer Singh Reacts To Wife, Deepika Padukone's Photos With Ex-Beau, Ranbir Kapoor Remembering YJHD)

Categorised among one of the top notched actresses of her era, Nargis Dutt was on top of her career when she had gotten married to actor, Sunil Dutt. She didn’t think twice before leaving her superstardom to raise her kids, Priya, Namrata, and Sanjay. Among all her kids, Sanjay was the one close to her. Sanjay Dutt’s sister, Priya Dutt had stated in many interviews that their mother always had a soft corner for Sanjay. Nargis ji’s untimely death due to pancreatic cancer had come as a big shock to Sanjay as she had passed away just three days before the release of his debut film, Rocky.

The void created by Nargis ji’s death was so huge in Sanjay’s life that it took him years to come in terms with reality. Even after so many years of her death, Sanjay still misses her presence in his life. On June 1, 2020, on the occasion of Nargis ji’s birth anniversary, Sanjay took to his Instagram handle and shared a heart-melting video of his mother with glimpses of her journey as an actress, wife, and mother. Along with the video, Sanjay wrote, “Happy Birthday Ma, miss you” followed by a heart emoticon.

Last year, on Nargis Dutt’s birthday, Sanjay Dutt had taken a trip down the memory lane and had shared a throwback picture of his mother. He had taken to his Instagram handle and had shared a monochrome picture of Nargis ji playing with Sanjay and his sister. Along with the picture, Sanjay had written an emotional caption that could be read as “Memories never fade! Happy Birthday, Mom.” (Also Read: Genelia Deshmukh Reveals How Her 'Sonshine', Rahyl Taught Her How Big Love Is On His Fourth Birthday)

In a 2018 interview with India Today, Sanjay had talked about his mother and had shared, "The most important thing is to be a good human being. Everything else comes after that. I learned from both my father and mother. I'm passing on to my kids. I hope my wife doesn't pamper my children the way my mother did me. My wife tells me if the kids don't hate the parents when they are growing up, there is something wrong in their parenting. I am tough to my children when I want to be tough."

In an interview with the HT brunch, Sanjay Dutt had shared that he wanted to be a strict father when his wife, Manyata Dutt was pregnant but when he saw his kids, he realised he can never be that. The actor loves spoiling them and in the same interview, he had shared, "When Manyata was pregnant, I always thought I would be a damn strict dad. But with them, I just can’t be that! Although I do spoil them a bit, I make sure that when Manyata is scolding them, I don’t become the peace broker. I don’t interfere. It is wrong to play good cop/bad cop. But yes, after two-three hours, dad might get them a box of chocolates." (Also Read: Mahesh Babu Reveals Who He Likes More Between Son, Gautam And Daughter, Sitara When Asked By A Fan)