Being a mother doesn't mean you have to give up your career, and ace tennis player, Sania Mirza proves it right as she gets back on the ground. Scroll down as her son, Izhaan cheers for her! Motherhood is the most difficult job that you never get paid for, yet it is the most beautiful profession every woman wants to sign up. When a woman becomes a mother by default she is expected to be at home and look after her little wonder. She knows that life is not going to be the same as she has to give up on her career and her dreams. Every mother gets to a phase where she has to choose between a thriving career and her baby. But there are few women, who are acing the balancing act and living their dreams while being a perfect mommy. And ace tennis player, Sania Mirza is one of them. (Recommend Read: Salman Khan's 'Maama-Bhanji' Moment Of Adoring His Newborn Niece, Ayat Sharma Is A Sight To Behold!)

Sania Mirza and Shoaib Malik had welcomed their baby boy on October 30, 2018. Since then their life has been revolving around their munchkin. In the midst of changing diapers and nurturing their little tot, Sania made sure to come back on the tennis court with a bang. The ace player had taken a break from tennis because of her injury and pregnancy. And it was on March 10, 2019, Sania had played her first informal match, post-pregnancy and had shared a video of the same on her social media, and had written, “So....this happened today”.

On January 14, 2020, Sania made a triumphant return to the court (officially) after a gap of 2.5 years with an opening-round win in women’s doubles at the Hobart International. It was a special moment for Sania as her parents and her son, Izhaan came to cheer her up and became her good luck charm. She took to her Instagram handle and shared a winning post. In one of the pictures she shared, we can see her giving a high-five to her son. Alongside it, she wrote, "Today was one of the most special days of my life .. to have my parents and my little baby boy supporting me in my first match after a little less than 2 and a half years .. and to top it off we even WON our first round with my partner @nadiakichenok feel very grateful and thankful for all the msgs, support and love I am receiving. BELIEF!! Takes you places. YES, my baby boy, we did it @izhaan.mirzamalik. Allhamdulillah for everything." Take a look at it below: 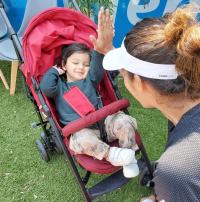 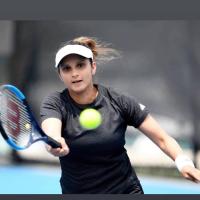 But returning to the court hasn't been a bed of roses, Sania had her share of troubles which she fought head-on. In an interview with LiveMint, she had shared how difficult it was to get back in shape. She had said, "I didn’t want to! I had to. I wasn’t feeling healthy. Till the day I had him, I ate everything I saw. (After that), there was no excuse to eat everything. For me, being healthy is an integral part of who I am. I just wanted to be fit again. I had so much else going on. I wasn’t really thinking about it. Maybe at some point, I was like, if it does happen, great, if it doesn’t, I am not going to beat myself up over it, I have had a great career. The best part about my comeback is it’s on my own terms. I want to come back to play, there is no gun to my head saying you haven’t achieved this so you need to do that." (Also Read: 'Coolie No 1' Star, Varun Dhawan Talks About 'The Challenge To Prove His Dad, David Dhawan Wrong') 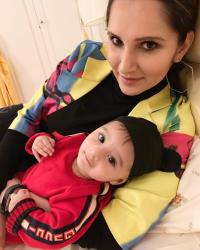 In the same interview, Sania had revealed that her decision of coming back to tennis wasn't overnight. She had stated, " It was not like one day, but a process going on in my head. It took me time to settle as a mother. There are many changes in my life that happened overnight, and you have to adapt. Mother’s love comes instinctively but other things take an effort. When I look at myself in the mirror, I know what has changed. A lot of things in your body change. For example, I don’t recover as well as I used to, that could be because of the baby, or that could be because of ageing." 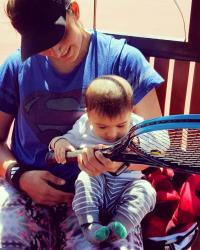 In an interview with Pinkvilla, Sania had talked about embracing motherhood, and had stated, “A lot has changed after becoming a mother, your life changes, I think the whole focus becomes about the baby and prioritising the baby. Me as a working woman, I obviously want to get back to tennis, so I am trying to prioritise my time. It is the most selfless kind of love I have ever known, and it is the most amazing feeling I have ever had. My life has completely changed for the better. Ya, Shoaib is also playing quite a lot and is travelling so he does help whenever he can." (Don't Miss: Parineeti Chopra Trolls 'Jiju', Nick Jonas For His TikTok Video With His Brother, Kevin Jonas) 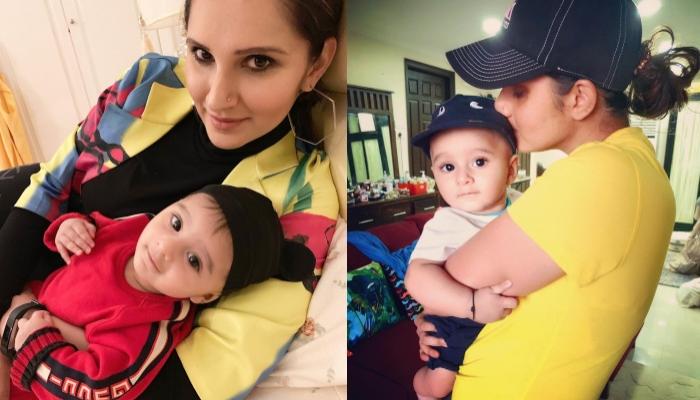 Motherhood doesn’t mean that your life will be a bed of roses once you pass the labour. It is rather the start of a new journey that is filled with a volcano of emotions. And giving your best is what this 24*7 thankless job of being a mother requires. Ace