After Pakistan's victory against Bangladesh on July 5, 2019, Shoaib Malik announced his retirement from ODI cricket. Sania Mirza has a heartfelt message for her hubby on behalf of their son, Izhaan. Sania Mirza's phenomenal story deserves to be celebrated because it is not easy for a woman to create a niche for herself in a man's world. Be it people raising eyebrows when she married a Pakistani cricketer, Shoaib Malik or issuing a fatwa against her for 'disrespecting Islam' by playing tennis in short skirts, a lot has been said and written about this wonder-woman but all she did to shut everyone is letting her racquet do the talking! (Also Read: Sushmita Sen And Beau Rohman Shawl Relive Childhood With Her Daughters Renee And Alisah In Ball Pool)

It was 2010, when Indian tennis sensation and World No. 1 doubles player, Sania Mirza and Pakistani cricketer and former captain, Shoaib Malik had said ‘Qubool Hai’ in a private wedding ceremony, blurring the geographical lines between the two nations. Since their relationship came in the public eye, Sania and Shoaib have been criticised for each other’s performances, but they had stuck together through thick and thin and had overcome all obstacles like true team-mates. 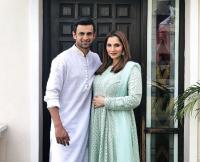 After Pakistan's victory over Bangladesh on July 5, 2019, Shoaib Malik announced his retirement and bid goodbye to ODI cricket. Shoaib announced his decision to retire and tweeted, “Today I retire from One Day International cricket. Huge Thank you to all the players I have played with, coaches I have trained under, family, friends, media, and sponsors. Most importantly my fans, I love you all #PakistanZindabad”. 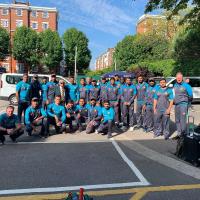 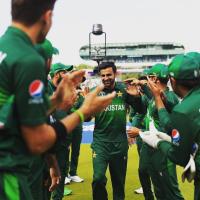 Soon his wife, Sania Mirza dedicated a tweet to her 37-year-old cricketer husband, Shoaib Malik and on behalf of their son, Izhaan Mirza Malik shared how proud they are of everything he has achieved in a career spanning 20 years. Sania tweeted, "‘Every story has an end, but in life every ending is a new beginning’ @realshoaibmalik you have proudly played for your country for 20 years and u continue to do so with so much honour and humility..Izhaan and I are so proud of everything you have achieved but also for who you are. here’s to a few more thousand T20 runs". 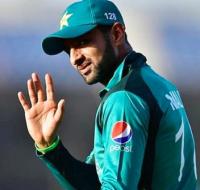 When Shoaib Malik and Sania Mirza had tied the knot in 2010, being annoyed by the constant media scrutiny over their wedding, the former had requested media to practise some restrain. According to an NDTV report, Shoaib had said, "I am pleased to know that people are happy with our marriage but I think now it is time to stop this hype and let us live like a normal couple. I would request the media to leave alone both the families." He had further added, "Two people from different countries got married and it should only be treated as a marriage nothing more." (Also Read: Bharti Singh Gets An Expensive Gift From Haarsh Limbachiyaa, Rakhi Sawant Leaves A Hilarious Comment) 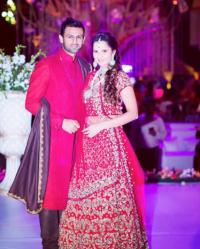 Shoaib Malik had expressed his happiness at the celebrations in Pakistan but had shared being tired of playing bodyguard to his wife. Shoaib was quoted as saying, "I would ask the media to reduce the hype let our families enjoy this occasion as any family would celebrate a marriage. Because of all this hype I couldn't even meet with my friends and relatives properly at the reception in Sialkot, it was a mad rush." He had continued, "I can only laugh at stories in the media that invitation cards for our wedding reception were sold. This thing about our wedding cards being sold it is laughable. Please don't turn wedding cards into credit cards." 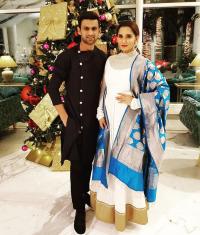 Surprised by the media hype over her wedding with Shoaib Malik, Sania Mirza had said, "It is not like ours is a great big love story. Strangely, we were introduced by a common friend from the media, then I met him in Hobart and our families also met and we decided to get married." People labelled their decision as an impulsive and a rash wedding, but Sania had a different take on this. The tennis star had exclaimed, "People can date a person for years but break up as soon as they get married. It happens a lot in Hyderabad, and it happens in the circles we move around in. Some people can date each other for a month and get married. I know many couples like that and they have kids today. Destiny! We were lucky we found each other, decided quickly and felt the same way about one another." 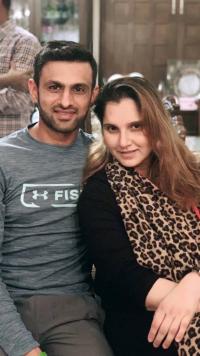 It was on October 30, 2018, when Shoaib Malika and Sania Mirza had embraced parenthood for the first time and baby Izhaan Mirza Malik saw the light of the day. In an interview with Pinkvilla, Sania had talked about how her husband, Shoaib helps her with the babysitting. When asked, “You recently embraced motherhood and were a force to reckon with. Has anything changed after that? How has Shoaib been helping you with babysitting?” Sania Mirza replied, “A lot has changed after becoming a mother, your life changes, I think the whole focus becomes about the baby and prioritising the baby. Me as a working woman, I obviously want to get back to tennis, so I am trying to prioritise my time. It is the most selfless kind of love I have ever known, and it is the most amazing feeling I have ever had. My life has completely changed for the better. Ya, Shoaib is also playing quite a lot and is travelling so he does help whenever he can.” (Also Read: Gauri Khan Reveals The Effects Of Being Superstar Shah Rukh Khan's Wife In Her Professional Domain)

We wish Shoaib Malik all the luck and happiness in his future endeavours! 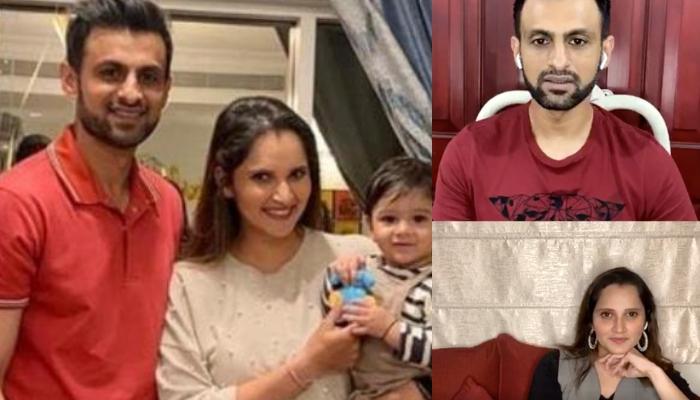