Ace tennis player, Sania Mirza revealed an interesting anecdote about her son, Izhaan Mirza Malik and her hubby, Shoaib Malik. Check it out!

Recently, famous tennis player, Sania Mirza revealed that her son, Izhaan Mirza Malik is a fan of parathas just like his father, Shoaib Malik. Izhaan has gained a lot of popularity courtesy of his parents, Sania and Shoaib's fame. Everyone keeps an eye on the little wonder, Izhaan Mirza Malik's cute antics. In fact, he has his own fan clubs on social media and his every picture goes viral within seconds. However, everyone wonders whether Izhaan has gone on his father, Shoaib Malik or his mommy, Sania Mirza.

Before we take you further into the story, let us take a look back at an interesting story behind Sania's son's name. Sania Mirza and Shoaib Malik had revealed the story behind their son's middle name. Sania, who is extremely close to her parents, had revealed in a media interaction that her son will take forward the name of 'Mirza family' too and this is the reason why she chose Mirza as her son's middle name. 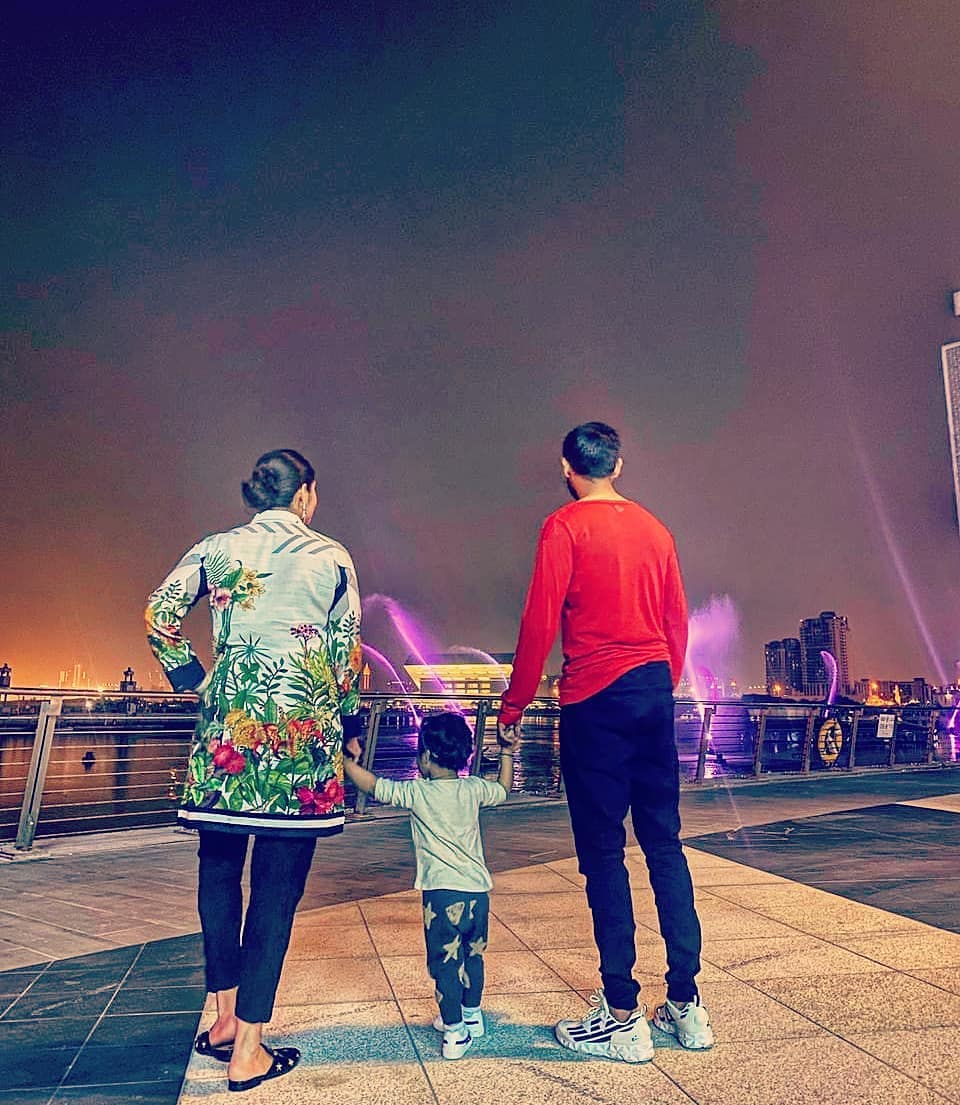 Recently, Sania Mirza and Shoaib Malik have been featured on OK! Pakistan magazine for their March issue. During the interaction with the magazine, Sania and Shoaib were asked whose qualities Izhaan has inherited. To this, Sania stated, "I want to say he is more like me – but I think he has both our qualities." Sania also revealed that her son, Izhaan loves parathas like his father does – that’s the Punjabi side in him. The ace tennis player further added, "He does spend more time with me, obviously – in the early part of a child’s life they do spend a lot more time with the mother. But I think he has inherited qualities from both of us, which is a good thing. Honestly, he is too young to even think about what he enjoys – cricket or tennis. He is barely two years old, and he is a fun and very loving boy. He loves playing all kinds of games – he loves playing with a ball, he loves playing with a football. So you know, I mean it’s way too early to say, just yet." 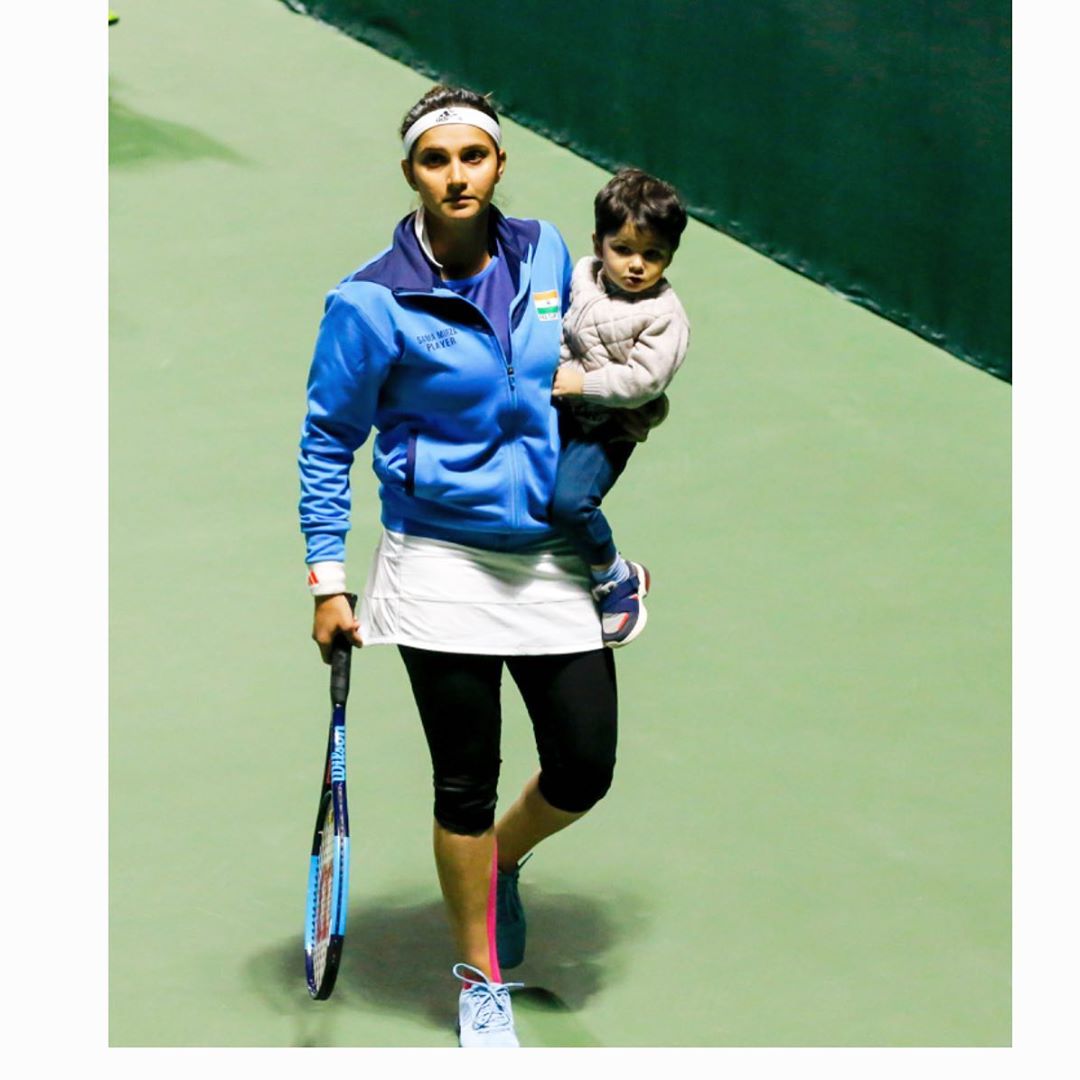 Shoaib also shared his thoughts on the same and said, "After Izhaan was born, my world changed forever. Due to the ongoing pandemic, I was forced to stay away from Izhaan for a long time – let me tell you there is no feeling worse than being away from your child and missing watching him grow. Izhaan is very definitely Mama’s boy but he is the best mix of Sania and me. And although it is way too early to say, I am happy to confirm Izhaan’s interest in cricket – he is a left-handed batsman and bowls with his right arm." Currently, Shoaib Malik is enjoying every moment with his son, Izhaan. On March 18, 2021, the cricketer had taken to his Instagram handle and had shared a super cute picture with his son, Izhaan from the pool. In the picture, we could see Shoaib and Izhaan chilling in the pool and sunbathing. Alongside the picture, the doting daddy, Shoaib had written, "Sun bath time with Mr Izhaan". We remember in an interview with The Indian Express, Sania had expressed her concern, wherein she had opened up on staying away from her hubby, Shoaib because of the lockdown due to the pandemic. She had stated that Shoaib was in Pakistan while she was in India, and the lockdown was difficult as they have a small child, who was missing his father. She was sceptical as to when they will be able to reunite.

Don't Miss: Rahul Vaidya Proposes His GF, Disha Parmar For Marriage, After She Shares Sizzling Photo In A Saree

What do you think whether Sania's son, Izhaan is more like her or his father, Shoaib?