When you or your partner conceives, the waiting period of 9 months becomes the most difficult time. Questions like ‘will it be a boy or will it be a girl?’ keeps on crossing your mind probably a zillion times in a day! And then comes the task of finding a suitable name for the baby. And when you successfully and finally do it, then comes the thought about what career will your little one choose? And looks like Sania Mirza already has an answer to that! (Do Read: Neha Kakkar Surprises Her 'Happiness' Himansh Kohli On His Birthday Midnight, Posts A Heartfelt Wish)

It has hardly been 5 days when Sania Mirza and Shoaib Malik’s ‘Baby Mirza Malik’ has arrived in this world and the world is already going gaga over him! Two tweets from Shoaib’s social media account quenched our curiosity for the time being.  One, when he announced the news of his baby boy’s arrival when he said, “Excited to announce: It’s a boy, and my girl is doing great and keeping strong as usual #Alhumdulilah. Thank you for the wishes and Duas, we are humbled #BabyMirzaMalik” and the other one was when he revealed the name of their baby, “Thank you from the bottom of our heart to everyone for the wishes from Sania and I, and our families. Our son’s name is Izhaan #BabyMirzaMalik”. Here are the tweets: 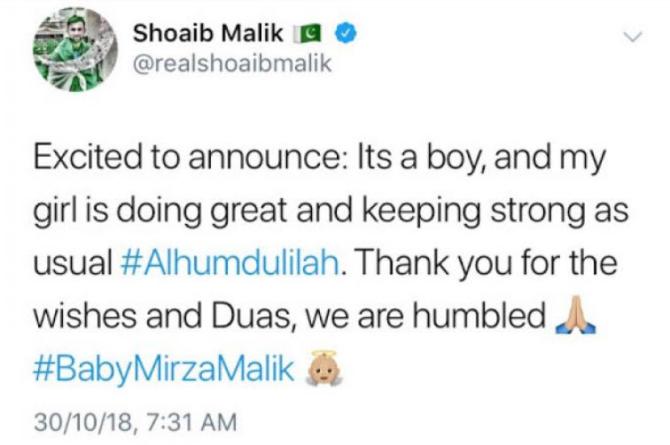 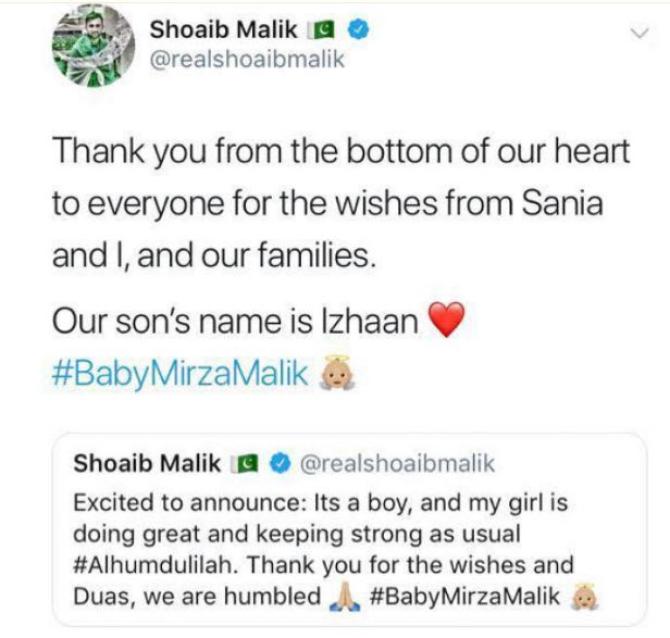 We were waiting to hear from the newbie mommy for quite a while when Sania’s ‘we’ post totally made our day! Sharing two adorable pictures, one is of 5-day-old Izhaan watching a cricket match played by his daddy Shoaib, and the other is of three white sports shoes, the newbie mommy captioned the pictures as, “So it’s been 5 days since we came into this world. Me as a mother and my little Izhaan as my son. We’ve even watched Baba play some cricket together since we’ve arrived it truly is the biggest match, tournament achievement I’ve ever won or had and there is no feeling or blessing that can be greater than this.. I finally have gotten sometime after this overwhelming feeling to get online and check the messges and love we have received. Shoaib and I feel truly blessed and humbled with the wishes and love that us as parents and Izhaan have received. Thank you to each and every one of you ..we love you right back! Love Sania ,Shoaib and Izhaan @realshoaibmalik #Allhamdulillah.” Here are the pictures: (Also Read: Nick Jonas Plans 45-Minute Long Performance For Priyanka Chopra On Their Sangeet, Details Inside) 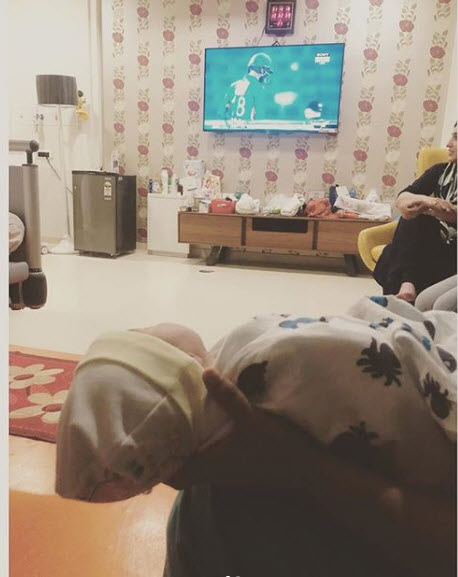 Isn't it super-adorable? Well, everybody had been waiting to catch a glimpse of Sania and shutterbugs did that for us. Sania was clicked with her newborn while she was leaving the Rainbow Children's Hospital and Birthright by Rainbow, stationed at Hyderabad's Banjara Hills locality. Sporting a loose cross-checked maxi dress with an orange shawl, and her baby cuddled in her arms in an orange-yellow-white blanket, the very first picture of Sania and baby Izhaan in one frame is a treat to the eyes! Checkout the same here:

When Sania was pregnant, she opened up about her pregnancy thoughts, soon-to-arrive baby and her expectations to a media portal. Therein, she also had an important message for all expectant mothers where she stated, “I think as an expectant mother the most important message that I want to give not just to my child but to every child is that you have to follow your dreams whatever they are even if they are out of the box or out of the ordinary, you have to believe in yourself”. (Checkout! Arbaaz Khan And Girlfriend Giorgia Andriani Can't Control Their Laughter, Indulge In Major PDA) Speaking about her own childhood, she had said, “I have a lot of fond memories that I had shared with my parents and the upbringing they've given me because of which I am who I am today and as strong as I am. We used to travel extensively from one state to the other to go and play tennis matches. My parents took extreme pride in every level of tennis that I played. No matter at what level it was, whether it was school, state, national or international -- their support, encouragement and enthusiasm continue to remain the same”. Tonnes of love to baby Izhaan! We can’t wait to see a family picture of the trio! How about you? 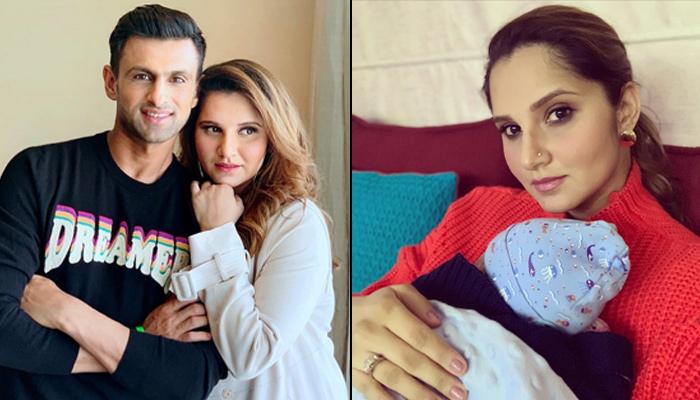 Are you one of those who is still finding it hard to believe that we have started another year in our lives? We can already hear a big ‘yes’ in the background! Every eventful year that passes by has a lot to offer, some gain countless blessings, while some has to fight